Why Are There No WWE Casino Games?

WWE’s marketing strategy has always been pretty consistent. They take every opportunity to try and get more mainstream exposure and a lot of this comes down to Vince McMahon. They try and use as many celebrities as they can, and they even try and bring superstars back to make additional appearances. At one point, they were so desperate to try and get more mainstream viewers that they employed John Stewart and Cyndi Lauper. Vince seems to be doing this in an attempt to get the crossover he needs, not to mention that it also helps him to get more publicity on social media. Vince himself has actually stated before that bringing celebrities and other influencers within the program will help to bring a rising tide across all of their boats. This is very understandable, and it is certainly something that they have prided themselves on in the past.

We know that merchandise is one of the core-revenue earners for the company. It’s also another tool that they can use for additional marketing exposure. You can stick The Big Show or even Roman Reigns on the front of a T-shirt or lunchbox and it will earn the company a ton of money. People will buy it because it shows their favourite WWE superstar. In some instances, it may even act as a mini commercial, so it’s very interesting to see how they make it work in their favour. Another thing that should be noted is that WWE games are very popular. Them alone bring in a ton of revenue for the company and they are also used time and time again for- you guessed it- marketing purposes. They are standalone earners in their own right, and they also appeal to a huge audience too. So as we’ve discussed, WWE appear to always have their own ways to make money, and they are always trying to expand into new ventures too. It should be noted that there is one industry that they have yet to expand into, and interestingly enough, it’s the casino industry. You’d have thought that WWE would have an online casino USA game that has all of the stylings of their famous stars. After all- it would be an absolutely fantastic money-maker and it would also give people the chance to gamble while playing as their favourite stars. So many people are now creating slot games that are modelled after famous movies or even TV shows and the cross-over would be a fantastic way for them to make even more money. Developers alone would have so much creativity to work with and they would even be able to create themed games that are modelled after the WWE PPVs that they have. This could include Wrestlemania, Summerslam and more.

You also have to remember that the casino industry is thriving and that more and more games are being released every year. Surely WWE would see this as a chance for them to capitalise on a growing market. With most of the WWE viewers being over the age of 18, it certainly makes sense. Think about it, there are so many themed slots out there and people love to play them. In fact, sometimes themed ones are more popular when compared to un-themed ones, so why aren’t they pushing this when they are always trying to look into absolutely every marketable avenue out there? 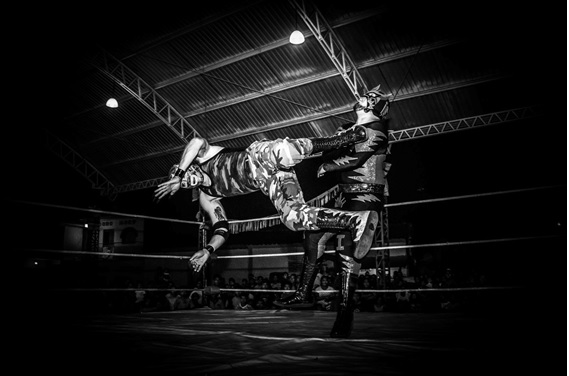 There is one WWE superstar that does have his own slot game. He’s known as Andre the Giant. The problem that it’s not associated with WWE at all, so even though it looks like there are games out there, they aren’t actually endorsed by the company.

It’s not really known why WWE are refusing to release any slot games. There just isn’t an answer, but it’s safe to say that it is something they should be looking into. So many developers would be willing to work with them and they would also be happy to give them full creative control over the design too. After all, if anyone gets the chance to work with WWE then they would be daft not to take it, especially given the fact that they are one of the biggest sporting companies around.

Maybe they’re trying not to jump on the bandwagon because they believe that they have bigger markets to focus on, but that being said, the casino industry is growing more and more by the year and they have already made such an impact on the world as we know it. People love to play slots when they get home from work and they also love to try out the new releases. It’s got a huge market with a lot of potential, not to mention that if WWE did happen to release their own game, it would be super exciting.

Maybe Vince is convinced that slots are boring with static designs and spinning reels. This just isn’t the case anymore. In fact, they are riddled with bonus features, super graphics and even video clips. This alone provides a much more immersive experience and it also means that people get more excited about the games that they play. Some people might argue that Vince doesn’t want to get into a market that is only targeted towards adults. As mentioned above, WWE’s fanbase mostly consists of adults. As much as he’s trying to make his product child-friendly, it’s adults that are buying the tickets and it is also adults that are paying for their WWE subscription too. This is certainly some food for thought for the McMahon team and it is certainly something that they should look into. It would open up a whole new world of marketing and it would also give them the chance to really expand their reach. In countries such as the US, it would really take off for them and there are so many chances for them to mix things up by releasing games that are, as mentioned above, specifically related to upcoming PPVs.