Coronavirus has entered all the spheres of society and put a stop to life as we know it. To prevent the further spread of the virus, the majority of states have prohibited mass gatherings. As sports events usually attract thousands of people, they had to be canceled too. Then a complete lockdown followed, forcing land-based gaming establishments to close their doors as well.

These new regulations largely affected the gaming world since its profit comes directly from sports competitions and brick-and-mortar casinos. However, “one man's loss is another man's gain” proved to be true for online poker as well, as it gained popularity as a consequence of recent events.

The first sign that the global quarantine will last longer than expected was the postponement of the NBA season, Premier League, and EURO 2020. The last hope that things would improve soon died once the Olympic Committee decided to postpone the 2020 Olympic Games for next year.

Apart from the collective disappointment, the lack of sports events directly affected bookmakers worldwide, both land-based and online ones. After all, if there are no sports to be watched, there won’t be anything to bet on either.

Next was the complete worldwide lockdown that forced brick-and-mortar casinos to shut down. Locked in their homes, people had to look for entertainment on the Internet. With almost no sports betting options, gaming lovers had no other choice than to turn to online poker sites. 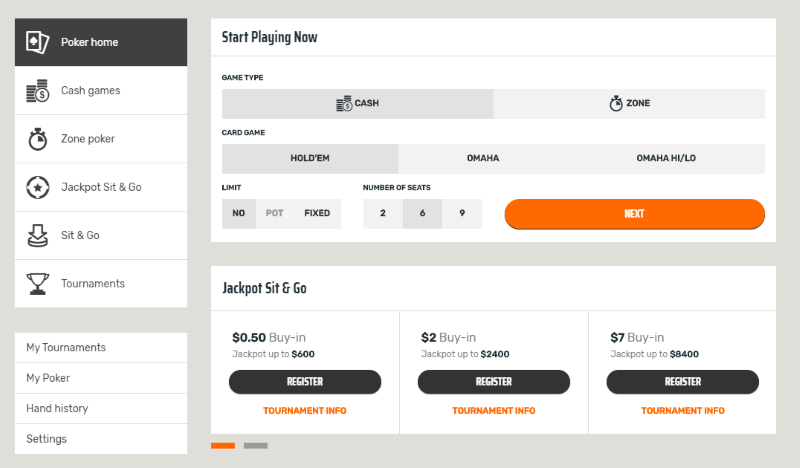 As expected, online poker sites saw their chance to make hay out of the situation and started offering bonuses and creating additional tournaments for online poker players. The flow of players increased by the day, thus bringing more money to online poker operators.

However, the WSOP Online Super Circuit is limited to players from Nevada, Delaware, and New Jersey. This left space for online casinos based outside the US to target players from other US states and capitalize on the boom of online poker.

One of the companies that will come out of this crisis richer than ever is Costa Rica-based Lynton Ltd. The company owns and operates several online casinos that gladly accept players from the US.

The primary weapon of Lynton Ltd is its flagship brand — Ignition Poker. Ignition Poker is a common choice among US players for several reasons.

First, the original connection of Lynton Ltd to veteran gaming brand Bodog/Bovada gave its brands a huge boost when they debuted in 2016. Additionally, Ignition Poker gets massive attention mainly from players from the US because the site offers Bitcoin as a payment option.

The anonymity plays a vital role in Ignition Poker’s domination of the market since the US Internet Gambling Bill (UIGEA) prohibits the use of specific payment instruments, credit cards, and transfer of funds for unlawful internet gambling.

Considering all the things mentioned above, it’s not hard to conclude that Ignition Poker is one of the top choices among online poker players. What’s more, from the first day of home isolation, the number of online poker players has been on the rise, as sports betting options became rather scarce.

It’s hard to predict how much money the site accumulates at present, as well as how big Lynton Ltd’s share is.

Ignition Poker updates its offer regularly, but it has some standard tournaments as well. Some of them are the annual Black Diamond Poker Open and Weekly Poker Freerolls. Apart from that, there are also frequent Jackpot Sit&Go Poker Tournaments.

Ignition Poker is generous when it comes to bonuses too, which is why you can often come across the so-called Bad Beat Bonus or Royal Flush Bonus. In most cases, the type of poker played is Texas Hold’em.

Unfortunately, the site doesn’t offer live dealer poker yet, but there are some other types of live dealer games for those interested in this game type.