The Union-Tribune Reader’s Poll reflects the voting audience’s top selections for more than 200 products and services in San Diego—everything from restaurants to entertainment, retail, real estate, legal services, and more.  The winners earn the right to be called “San Diego’s Best.”  In its six years of operations, this the fifth year that Jamul Casino has been named among “San Diego’s Best,” and earned its first award for romance.

In addition to winning the most votes in five categories, Jamul Casino was named a favorite in 17 others. 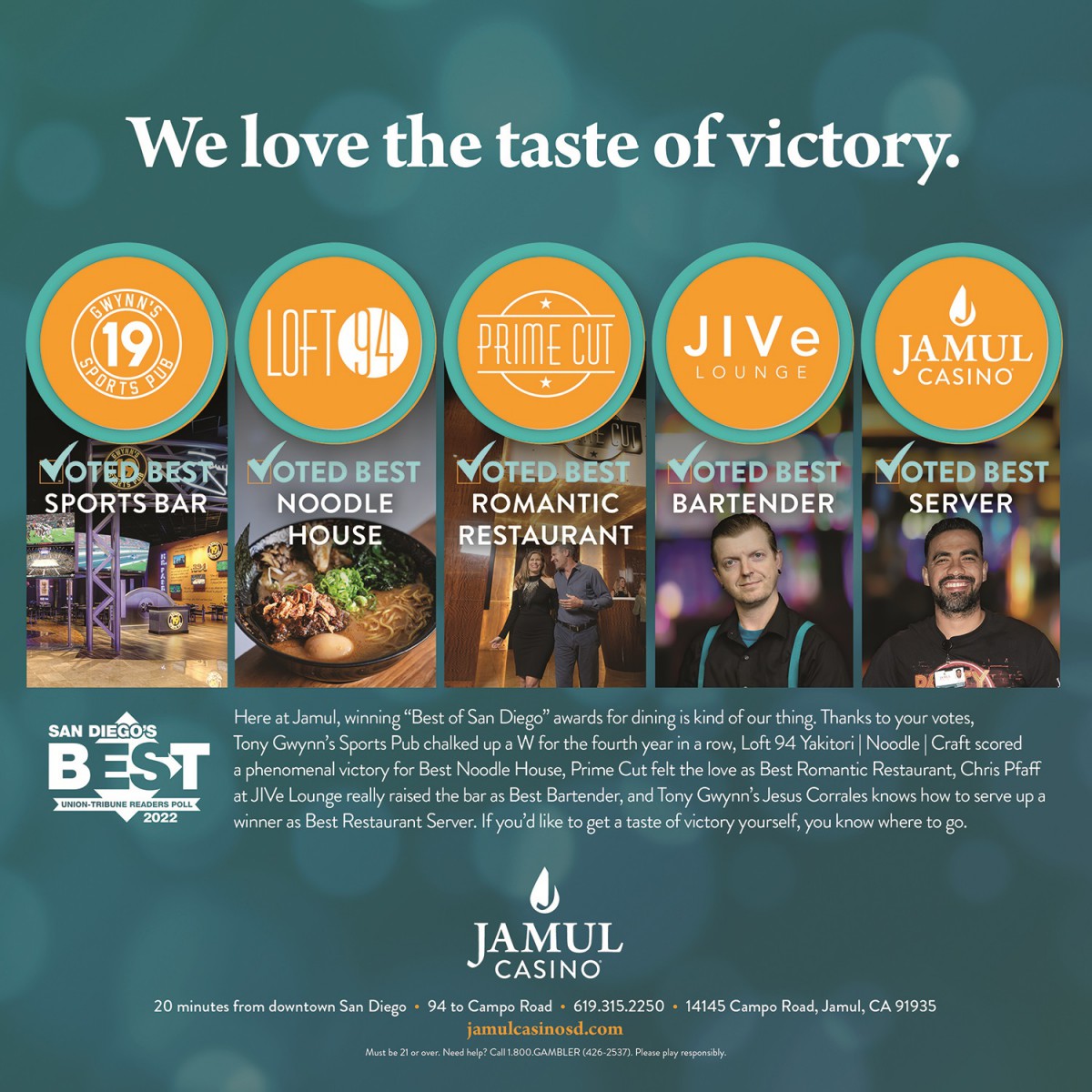 This year is the first year that Prime Cut Steak & Seafood has been named Best Romantic Restaurant.  The restaurant features gourmet steak and seafood entrees, more than 300 bottles of wine in its wine cellar, a famous dessert cart with seasonal selections, and spectacular panoramas of the Southern California mountains.  The fine dining restaurant has also received a Wine Spectator Award of Excellence for five (5) years running.

The Rooftop at Jamul Casino has also been recognized numerous times in recent years as the Best Place to Get Married.  With its sweeping backcountry views, outstanding cuisine, and inspiring atmosphere in an open-air, star-lit event venue, Jamul Casino remains a favorite amongst San Diegans.

Opened in 2016, the Jamul Casino is located in Jamul, California, San Diego County, and is owned and operated by Jamul Indian Village Development Corporation (JIVDC), a wholly owned enterprise of the Tribe.  The $430 million, award-winning casino features nearly 1,700 slot machines, 46 live table games, a dedicated poker room, and various restaurants, bars and lounges.  Jamul Casino supports more than 1,000 permanent jobs in the region and is the closest casino to downtown San Diego, which is the eighth-largest city in the United States by population. For more information about Jamul Casino, please visit www.jamulcasinosd.com.