01 December 2022 | New York – December 1, 2022 – Blackstone Real Estate Income Trust, Inc. (“BREIT”) and VICI Properties Inc. (NYSE: VICI) (“VICI Properties” or “VICI”) announced jointly today that they have entered into a definitive agreement in which VICI, currently owner of a 50.1% interest in the joint venture that owns MGM Grand Las Vegas and Mandalay Bay Resort, will acquire BREIT’s 49.9% interest in the joint venture for cash consideration of approximately $1.27 billion and VICI’s assumption of BREIT’s pro-rata share of the existing property-level debt. The property-level debt has a principal balance of $3.0 billion, matures in 2032, and bears interest at a fixed rate of 3.558% per annum through March 2030.

The properties, situated at the south end of the Las Vegas Strip in Las Vegas, Nevada, are subject to an existing triple-net lease agreement between the joint venture and MGM Resorts International (NYSE: MGM). The lease will generate annual rent of approximately $310 million upon the commencement of the next rental escalation on March 1, 2023. 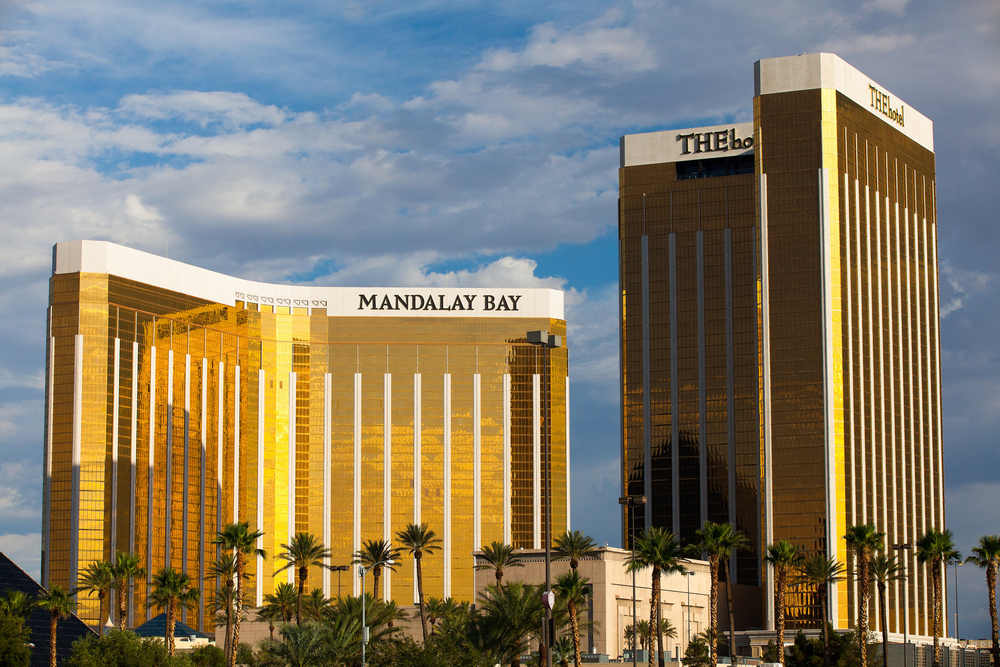 Jon Gray, President and Chief Operating Officer of Blackstone, said, “VICI Properties has been an outstanding partner on these assets and we are incredibly pleased to have delivered such exceptional returns for our BREIT investors. Las Vegas continues to be a high conviction market for Blackstone.”

Edward Pitoniak, Chief Executive Officer of VICI Properties, said, “We have been honored to be BREIT’s partner in the MGM Grand Las Vegas / Mandalay Bay joint venture and this transaction further demonstrates the ability of Blackstone and VICI to work together productively, now and in the future. We’re excited to further our investment in MGM Grand Las Vegas and Mandalay Bay, two of the largest and highest-quality resorts in what we believe is the leisure and convention destination with the most compelling future demand outlook. This transaction also provides us with the opportunity to further grow our partnership with MGM Resorts International as they look to capitalize on the growing vitality of the South Strip.”

Scott Trebilco, Senior Managing Director of Blackstone Real Estate, said, “The sale of these assets is an excellent outcome for our BREIT investors and enables us to further concentrate BREIT’s portfolio in its highest growth sectors, including logistics and rental housing.”

The MGM Grand Las Vegas / Mandalay Bay triple-net lease has a remaining initial lease term of approximately 27 years (expiring in 2050) with two ten-year tenant renewal options. Rent under the lease agreement escalates annually at 2.0% through 2035 (year 15 of the initial lease term) and thereafter at the greater of 2.0% or CPI (subject to a 3.0% ceiling).

VICI Properties intends to fund the transaction through a combination of cash on hand, proceeds from the settlement of existing outstanding forward equity sale agreements and assumption of the remaining 49.9% of the existing property-level debt. VICI expects the transaction to be immediately accretive to AFFO per share upon closing.

The transaction is subject to customary closing conditions and is expected to be completed early in the first quarter of 2023.