At the meeting of the Board of the European Casino Association (ECA) on 31 March 2020, the Members of the Board unanimously approved the appointment of Hermann Pamminger as the Association’s Secretary General with immediate effect. "We are confident that Hermann’s many years of experience in the international gambling industry 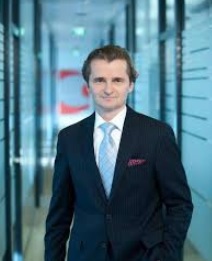 will be an asset for the ECA, especially in these difficult times,” said ECA Chairman Per Jaldung. “Hermann is well known in the industry, has been PR Coordinator and a Senior Advisor to the ECA for many years and knows the legal and regulatory opportunities as well as challenges of our business inside out.”

Jaldung also took the opportunity to thank Veronika Tisold from the European Affairs Consulting Group (EACON), who is going on maternity leave from her position at EACON, a contractor to the ECA, and thus also stepping down from her role as Executive Director of the ECA: "On behalf of all ECA members, I would like to thank Veronika for her efforts in maintaining a strong, active and independent ECA and wish her and her family all the best for the future.”

Hermann Pamminger has taken up his position as General Secretary of the ECA with effect from 31 March 2020 and can be contacted via the ECA office in Brussels. His ECA contact details will be announced in due course.

About the European Casino Association

The European Casino Association (ECA) represents licensed land-based casinos in Europe, with 30 members and over 70,000 direct employees supporting local economies across Europe. It has members from nearly all EU Member States, as well as non-EU countries. The main purpose and objective of the ECA is to address and promote issues related to casinos and promote the positive contribution of the industry. To find out more about the ECA, please click here.