Caesars Entertainment on the acquisitions path to acquiring William Hill

The Nevada-based casino operator confirmed Monday that it’s in “advanced discussions” with William Hill about a possible cash takeover worth roughly 2.9 billion British pounds. The announcement came just three days after William Hill revealed it had received dueling proposals from Caesars and Apollo.

The deal would help Caesars build on its existing joint venture with William Hill in the US, which allows the London-based bookmaker to take bets at Caesars properties. But Caesars attached strings to that arrangement Monday, saying it would be entitled to terminate key pieces of the agreement if William Hill were acquired by Apollo.

William Hill’s London-listed shares fell as much as 13.6 percent to 269.70 British pence, or $3.43, as investors reportedly started to rule out the prospect of a stronger counteroffer from Apollo, given William Hill’s apparent support for the Caesars bid and the consequences of an Apollo takeover for its existing partnership with Caesars.

“While a termination of the relationship with William Hill under new ownership makes little business sense, it does add risk for a private equity acquisition,” Stifel analyst Bridie Barrett said, according to Reuters.

It’s uncertain whether Apollo — the massive buyout firm led by billionaire Leon Black — will counter Caesars’ proposal. An Apollo spokeswoman did not immediately comment on the proposed deal Monday.

Caesars’ stock price dropped as much as about 3.2 percent to $55.25 in early trading Monday after it announced its offer and accompanying plans to sell 30 million shares. Apollo’s shares rose about 2.6 percent to an early high of $45.88.

William Hill has indicated it would recommend its shareholders approve the proposed acquisition, which Caesars plans to finance by selling new stock along with its existing cash and $2 billion in new debt facilities, according to the announcement.

The bid came just two months after Eldorado Resorts acquired Caesars Entertainment and took on the Caesars name. The company runs more than 50 casinos and resorts in 16 US states, including the Caesars Palace and Bally’s properties on the Las Vegas Strip. 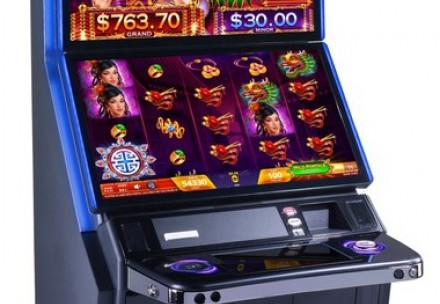