Bleak reports in Nevada are showing the economic impact of a full month of casino and business closures enacted due to the coronavirus pandemic.With most businesses and all gambling establishments shuttered statewide, monthly gambling tax revenues were down in April nearly 100% compared with a year ago, the Nevada Gaming Control Board said Friday.

“April will go down in history as the month that Nevada’s casinos stopped, and the economic consequences will be felt for months, if not years, to come,” said David Schwartz, gambling historian, professor and associate vice provost at the University of Nevada, Las Vegas.

“The numbers were expected, but they demonstrate just how big an impact the coronavirus has had on Nevada tourism and gaming,” Schwartz said.

State jobless office chief Heather Korbulic was due on Friday to talk about record unemployment figures approaching 30% statewide after more than 480,000 people filed for benefits since mid-March.

McCarran International Airport in Las Vegas reported Thursday that it handled fewer than 4% of the number of arriving and departing travelers it had in April 2019. One airline, Las Vegas-based Allegiant, carried just 199 passengers this April, compared with more than 198,000 a year ago. 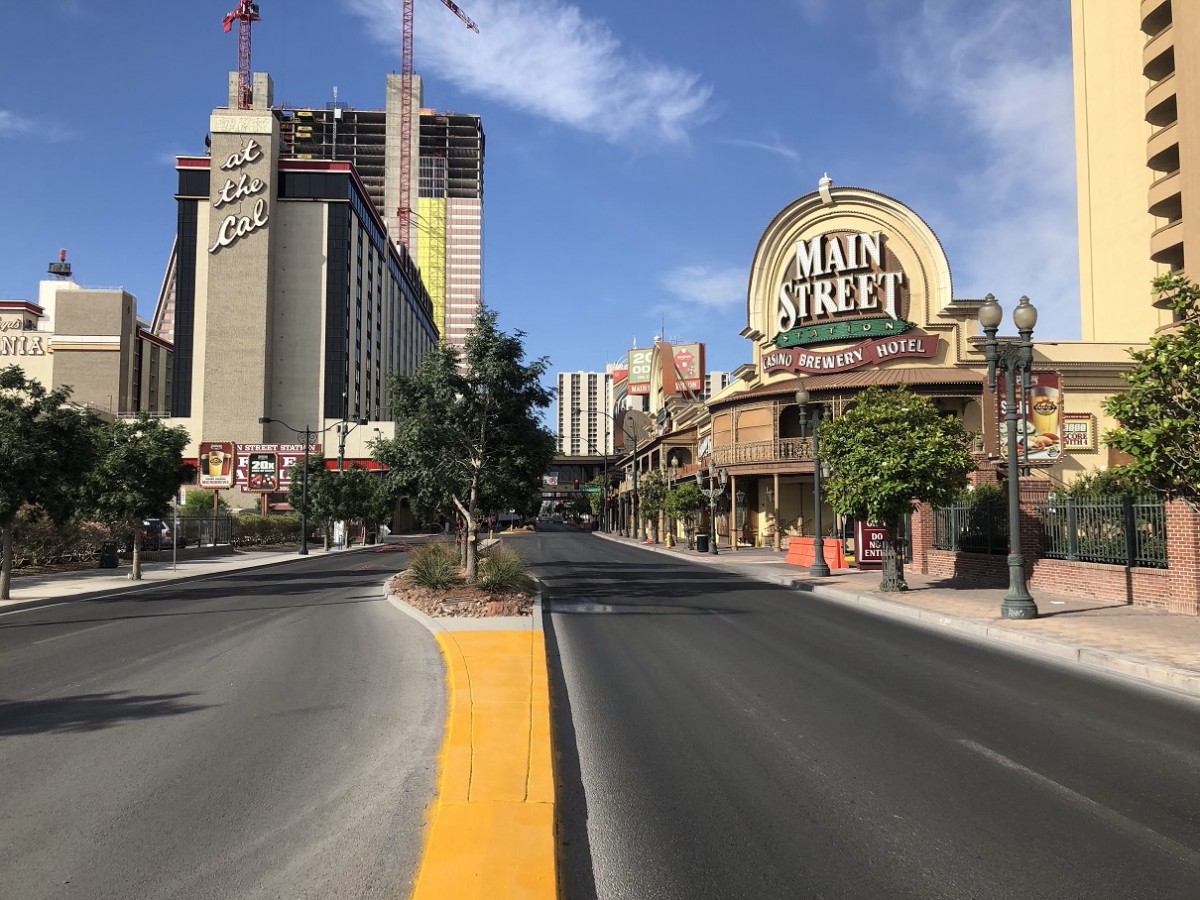 Gov. Steve Sisolak, a Democrat, this week eased closure orders enacted to prevent groups of people from gathering and possibly spreading communicable COVID-19. The governor allowed a second wave of businesses including bars and health facilities to reopen Friday and raised from 10 to 50 the number of people allowed at social gatherings, including religious services.

He said gambling can resume June 4, under strict rules and oversight of gambling regulators, and casino companies began calling back some of their hundreds of thousands of furloughed employees.

Friday’s casinos report showed the April month-long closure led to a 99.6% decrease in house winnings tallied by the Gaming Control Board, compared to the same month a year ago.

A small amount of revenue came from mobile sports betting and interactive poker that weren’t suspended during the months of April or May, board analyst Michael Lawton said.

Parts of a 48-page detailed monthly revenue report relating to race and sports books and card games were blacked out to protect confidentiality of an individual licensee’s financial records, Lawton said.

Casino taxes make up about 18% of annual revenues for Nevada, second only to sales taxes — which are also expected to be significantly lower due to business closures. Nevada has no personal income tax.

April’s near-zero results were more dramatic compared with February, when casinos were riding a hot streak and reported a third straight month of $1 billion in house winnings.

State health officials reported Friday that more than 8,200 people have tested positive for COVID-19 in Nevada, and 410 have died.

For most people, the virus causes mild or moderate symptoms that clear up in two to three weeks. Older adults and people with existing health problems can face severe illness and death. The vast majority of people recover.