Show your Mettle: How Much is Integrity Worth in Sports and Games? By Peter Naessens, Director at The Belgian Gaming Commission

In 2009, as a legal advisor for the Gaming Commission, I provided support for the amendment of the Belgium Gaming and Betting Act, including betting and online gambling under the existing regulatory framework for land-based gambling. The growing impact of online gaming was already emerging at the time, but the impact of online betting on sports, was far less in evidence. 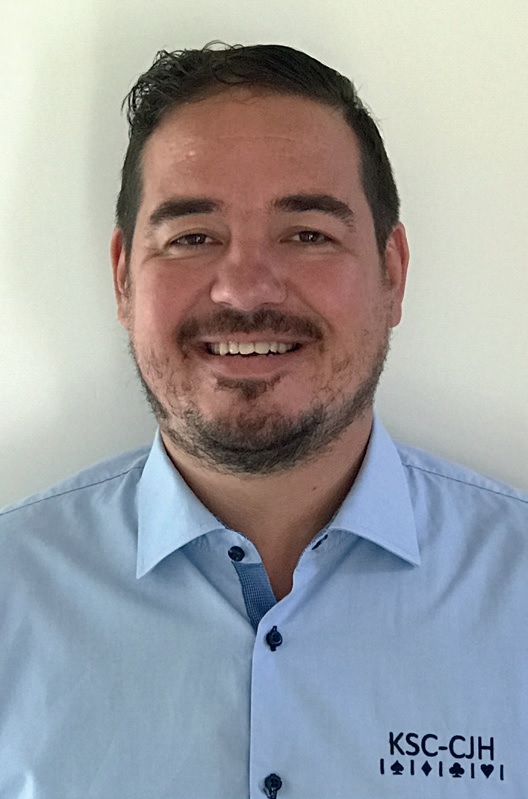 Over the years, I learned more about the betting sector, and one of the most striking evolutions was the progressively growing impact of online betting on gaming, but
also on the culture of a country. If you consider the betting culture in Belgium before the regulation in 2010, there was primarily a fairly selective range of betting games in betting shops, with a relatively high threshold, which average Belgians or youths were not really quick to enter. At the time, this was in sharp contrast to what we
saw of the British betting culture, where a bet and, for example, a visit to a casino was far more part of ordinary social life. In view of the general internationalisation/
globalisation, we expected the popularity of betting to grow from 2010, from a more marginal activity to mainstream, but we were thinking in terms of one or two decades, with gradual growth.
However, that was not the case with betting. Within five years, betting had become commonplace in Belgium, to the extent that a decree of habituation began to arise among minors who gamble, in the expanding gaming supply and the regular mass publicity for betting and high-risk casino games. Casino games such as slot machines have traditionally been regarded as the highest-risk games of chance in terms of gambling addiction, although more questions are also being raised about the growing, varied, complex gaming supply in which high bets no longer have to be linked to player’s knowledge of the club or the game. This is important from a regulatory point of view, because gambling on an event with little knowledge or skill may require more protective measures than low participation in a simple bet for
instance.
With regard to the impact of (online) gaming, the market leader in the landbased betting sector reported GGR (Gross Gaming Revenue) of €60 million in most of betting shops to the Belgian Parliament in 2009. During that period, there was no regulated Belgian online supply. The latest annual report of the Gaming Commission shows a GGR of €145.5 million for the land-based betting shops in 2015 and of €61 million on the online betting sites. And the Football Championship 2018 had not yet even begun.
In 2009, the financing of sports clubs for betting operators could be described as illegal or marginal. Today, in 2017, there is sponsoring for the gaming sector for football clubs, football federations and national teams. This phenomenon emerged in various European football competitions. For the 2012/2013 season, the number and share of gambling businesses of Premier League shirt sponsors was estimated at 25%, while in the 2016/2017 season, the number has risen to 50%. Partly through growing internationalisation of these football competitions for all sorts of companies from all corners of the world and partly through the same phenomenon among gambling businesses. We learned along the way that the boarding along Premier League football fields was sometimes directed more at Asia than at the country itself, to the point where advertisingmessages were displayed in Chinese characters.
In numerical terms too, the amounts are dizzying. Betway, for example, an operator that is also active in Belgium, paid £10 million for the 2017-2018 season, compared
with £6 million in the 2015-2016 season, while in 2009- 2010, the more costly gambling sponsorship was still only £1.1 million. The influence of Asia on gaming is still fresh in the memory in Belgium, due to the Ye case, in which matches in Belgium were manipulated from Asian interests in betting. This is fresh in the memory because
more than 10 years after the facts, the final criminal sentences were confirmed by the highest court.
In this contribution we consider the extent to which certain regulatory gambling principles should be further developed in the context of sport and betting. In addition to the social justification for government intervention in gaming, it remains important to recognise that in recent times, the operation of games of chance has become an economic activity (although of a special character). It is not, therefore, the government that steers the gambling market, but consumers and companies. It is precisely this economic drive that means that the regulatory interventions regarding gambling are regularly on the front line of a new phenomenon, such as the internet and globalisation, where old government interventionist models are no longer adequate. On the level of sport financing, games of chance are economic, social, international, global but also very local. As a result, both local and international managers, as well as the different policy-making parties will wrestle with necessary regulatory interventions.
The globalisation of games of chance No continent seems to have been spared a supply of games of chance, dominant government or not. Homo ludens: gambling man. As with other economic actors, the gambling sector is an ocean of different currents, moving parts and elements, battles for territory and over boundaries, dark areas,… Despite the natural attraction of people to games, the operation of gambling is still a phenomenon that is underestimated by public authorities. Both the
industrialisation of the gambling sector (scientification and subsequent commercial operation of the chance generator) and the impact of the internet on games of
chance played by children, youths and adults still too often remains in a ‘blind spot’. Currently no general European network of fully independent regulators has been built up in the European Member States, as happened in the banking sector, the postal sector, etc.
This lack of effective regulation of gambling creates problems at the level of social tolerance of gambling and publicity for this. A distinction should be made between specific characteristics of online games/gambling and the larger internet evolutions, even though they have an influence on online operation of games of chance. It is already the case in Belgium that online activities had raised financing of sports teams to a different  level. The scope of gambling websites is no longer largely regional, as was the case for an average local casino.

The action radius of a website is more likely to be national and in some cases, already transnational. That is also the case for national sports competitions. The growing impact on sports sponsorship through the (trans)national action radius is not the only special online characteristic. More than in the real world, in online operations there is osmosis between gambling and betting. No website appears to be able to fundamentally rely on betting alone, but all seek a connection with other games of chance, such as the operation of slot machines. The fact that online activities are a strong accelerator of increased sports financing, but not its initiator, does not simply de-problemise everything, because a large share of gambling in a society is inadvisable from both a regulatory and an economic point of view. And this explains some concerns.The increased presence of essentially online gambling operators in football worries certain people through fears that the (soul of the) sport will be swallowed up by commercialism, with financial profit becoming more important than the pure win/loss of the match. In itself, this is a problem that is broader than gambling and in which the presence of games of chance is, here too, more of a reinforcing factor.

The reinforcing effect occurs because the operation of gambling is an economic activity of a special nature with special political attention in relation to consumer protection and public order. These social sensitivities bring us to the other activity, i.e. the all too dominant presence of gambling in sports, images and society. And this takes us into the domain of regulation and of legitimacy discussions regarding the operation of games of chance (and sports financing). The Belgian parliament regards the operation of games of chance as legitimate if the (gambling) supply is monitored and restricted. More generally, the position is defended from the regulatory point of view that it is better to study and work than to risk a personal future on games of chance. It follows from this that a society has to limit gambling to socially acceptable proportions. And actually, that is probably where the sore spot lies, in the fact that as yet, the society has not succeeded in taking enough restrictive measures, as it in contrast did for landbased gambling offer.

Our estimate is that with effective regulation of gambling and advertising supply, the relationship between sports and gambling need not be problematic. We assume that sponsoring of a football club by a gambling business regulated in Belgium is acceptable, even if special measures are necessary; for example, in order to avoid new match-fixing scandals. Targeted measures for the protection of integrity may also be necessary, although the above comment that gambling as such is not the cause of the hyper-commercialisation of the football sport remains valid. It is important for the sport that there is an effectively regulated supply of games of chance in the country. Effective regulation is reflected, for example, in concrete measures relating to regulated gambling businesses, but also in relation to vulnerable and addicted players. If such a regulated supply of games of chance exists in a country, there do not appear to be too many arguments for simply banning sports financing by gambling businesses.
Something should therefore indeed be done with regard to gambling and sports, and that of match-fixing seems to us to be the most relevant area in which
to develop measures that can be both realistic and legitimate, yet still meet social concerns. Local match-fixing platforms A platform for match-fixing games set up in each country could potentially play an important role in taking a step forward and finding the right balance. After all, a common binding factor between sports
organisers and gambling operators is the integrity of the event, as both their business models are built onthe correct progress of this aim.
Sport with integrity, therefore, and a fair bet. In such a platform, the judiciary and the police force can transcend their repressive functions and play a socially responsible role that protects children and parents. With a view to the culmination of the different (economic) interests of these parties in adjusted policy measures, as well as avoiding the platform from becoming a mere empty shell, an objective, coordinating actor such as the gaming regulator is essential. From the point of view of the concrete organisation of such a platform, the experience of the gaming regulator with different policy dimensions (public health, the judiciary, the policy and the economy) is worth its weight in gold. Such a match-fixing platform could develop recommendations and measures, such as a report on gambling financing in football, a points system to limit the size of publicity, the need for preventive and informative messages on the risks of gambling and measures to prevent early exposure of young people to negative gambling behaviour.
The growing sense of powerlessness that is engulfing the different parties involved, with their frustrations and concerns, can therefore be channelled via a credible
and legitimate forum in which games of chance, sports and the government work together. In a constructive manner, such a forum could help to protect a fine future
for sports and games, in which transnational interests can be combined with a good local experience.
Image: Peter Naessens, Director at The Belgian Gaming Commission
Category:
Casino Blog
Magazine