Raising standards nearly one year on

It will soon be a year since the Gambling Commission’s inaugural “Raising Standards” conference that took place in Birmingham last November. The theme of the conference was as
stated on the tin. That same message was driven home by the conference’s keynote speech delivered by Sarah Harrison, Chief Executive of the Commission. Entitled “Accelerating the pace of change”, her speech laid the groundwork for all that has emanated from the Commission since then in terms of greater consumer protections and more robust enforcement of its regulatory powers.
Although the conference was aimed at the gambling industry as a whole, both remote and nonremote, it was the land-based casino industry that lent the most proactive support to the conference
with both Henry Birch, CEO of the Rank Group and Mike Rothwell, Managing Director of Caesars Entertainment bringing their experience to bear for the benefit of the audience, speaking on the
subjects of “promoting a culture of responsibility and compliance” and “an independent AML framework review” respectively. 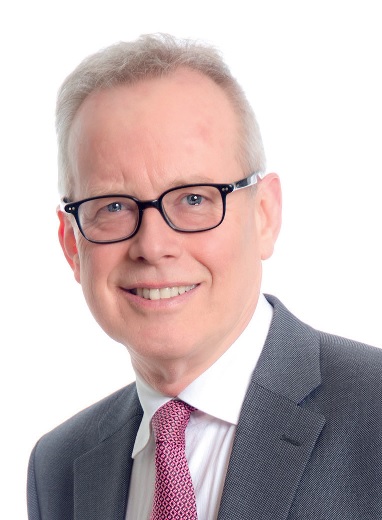 The Commission will be holding a follow-up conference later this year, on 21 November, to be entitled “Leading from the front: raising standards for consumers”. We will no doubt learn then whether
Sarah Harrison believes that the industry has responded positively to her invitation last year to “work with a shared purpose, to meet the ambition of turning this industry into the most trusted gambling
sector in the world”.
From my own personal viewpoint, representing as my company does, a number of land-based casino operators as well as their trade association, the National Casino Forum (of which all such casino
operators in Great Britain are members), I believe that this sector of the industry has most certainly responded positively. That this is acknowledged by the Gambling Commission was to my mind evidenced by compliments from Sarah Harrison at this March’s Playing Safe Reception to chief executives in the casino sector for showing leadership in raising standards.
She and those others of us attending that reception were given an insight into projects on which Playing Safe is focusing, including an update on the research, which the NCF is partnering, to develop tools to aid operators to effectively identify and intervene when players exhibit early signs of potential problem gambling behaviour. Just a matter of weeks later, during the course of the Commission’s second round of Annual Assurance Statement workshops, I accompanied casino clients to a presentation they gave to the Commission about their new initiative that enables them to analyse and
evaluate all marketing, responsible gaming and other data to determine the number of their customers who appear to be “at risk” or “problem” gamblers. This merited them a special mention at the workshops attended by all sectors of the gambling industry.
I should add that they were not the only land-based casino operator receiving such an accolade. If the above is not of itself sufficient evidence that the sector is taking its responsibilities seriously, earlier
this year the NCF produced – with our assistance and within a very tight 3 month timescale – Best Practice AML/CTF guidelines for its members, intended to complement the Commission’s own Guidance on this same subject and to enable a consistency of approach by all land-based casino operators in relation to the type of practical actions required to mitigate money laundering and terrorist financing risks to their businesses.
That task was duly completed on time after a very intensive partnership effort by a working group made up of MLROs and senior management from a variety of casino operators, ranging from large national operators and high-end Mayfair casinos at one end to small and singleton operators at the other end. It was very effectively chaired by Tom Kavanagh, the former Secretary to the Gaming Board and Deputy Chief Executive of the Commission.
Valuable contributions were received from liaison throughout with the Commission, including in particular from Mark Skinner, the Commission’s AML Manager. In one or two respects, the Commission
acknowledged areas in which its own Guidance document could be improved and aspects of this are reflected in the Commission’s draft amended Guidance was out for consultation until 8 September.
That exercise has provided a very constructive example of what can be achieved when the industry and its regulator work together in an appropriately collaborative manner. It is very pleasing that the
Commission felt able to provide the following words of welcome that are included in the NCF Best Practice Guidelines document: “The Commission welcomes publication of these guidelines and acknowledges the collaborative efforts of NCF members to strengthen measures in these areas”.
The land-based sector does of course accept that the proof of the pudding will be in the eating, and it will be for all NCF members to demonstrate to the Commission an ongoing commitment to ensuring
that their AML measures reflect best practice. The Commission has made it clear that it will continue to monitor the position and will consider enforcement action if it sees that an operator has not taken
adequate steps to identify its ML and TF risks, has not put in place appropriate controls to mitigate those risks, or has failed to take steps to ensure that such controls are being effectively implemented.
Of course, nothing stands still in terms of regulatory compliance. The NCF Best Practice Guidelines document is currently in the course of being updated to incorporate new requirements under the Money
Laundering, Terrorist Financing and Transfer of Funds (Information on the Payer) Regulations 2017, including the following:
• casino operators must now apply enhanced due diligence not only on foreign politically exposed people (“PEPs”), but also on domestic PEPs,
• casino operators are no longer permitted to outsource the nominated officer roles and responsibilities and they must appoint a board director (or equivalent from its senior management) to be responsible     for the nominated officer’s compliance with the Regulations, and
• the customer due diligence threshold is no longer based on a customer’s aggregated spend over a 24-hour period, but is now determined by any transaction of €2,000 or more, whether it is a single
transaction or occurs in several which appear to be linked; and it will be amended further as required in the future to reflect developments as they occur.
No doubt other sectors of the gambling industry are also working hard on new initiatives and no part of the industry – including land-based casinos – should ever become complacent that it has done enough in terms of raising standards. However, I do nevertheless hope that the Commission will formally acknowledge that the pace of change has indeed accelerated in this sector and recognize that sometimes a collaborative carrot can be just as effective as, and in some circumstances more effective than, a regulatory stick.
Image: David Clifton Clifton Davies Consultancy Limited
dc@cliftondavies.com
www.cliftondavies.com
Category:
Casino Legislation News