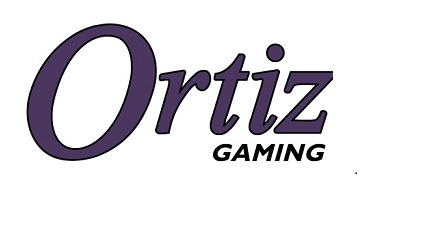 OIGA celebrated their 21st annual conference and tradeshow in late July. This is one of the main events in the Indian gaming industry. Many Casino representatives, vendors and suppliers gathered this year at Oklahoma City’s Cox Convention center to take part in what is known as the Biggest Little Show in Gaming. Doors opened July 28th, well attended by people from all around the United States including several tribes. 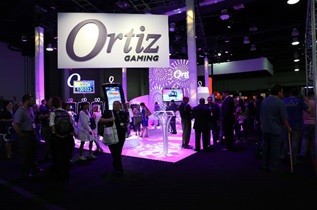 Oklahoma Indian Gaming Association (OIGA) Tradeshow goers had the chance to play the Six Bingo™, Ortiz Gaming’s number one game in North America, during the event, enjoying the large touch screens which accent the rich graphic elements, and experience the great surround sound systems which are available on all of the Ortiz Gaming cabinets. A player favorite, Six Bingo™ takes classic bingo to new innovations, and has been called the future of Class II. This game was the heartbeat of the Ortiz Gaming Booth at the 2015 OIGA Tradeshow. 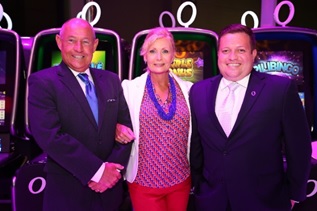 The global video bingo giant, Ortiz Gaming displayed their wide variety of products in their Booth. Many visitors were excited to see firsthand the star products displayed. Six Bingo™, Ortiz Gaming’s most acclaimed game in the United States and a worldwide hit game, was one of the most anticipated products on the floor. Six Bingo™, an American style bingo game featuring multiple classic 5x5 cards, is more than a game it is an experience. With outstanding features, like the extra bonus ball which allows the player a chance to keep playing even after the initial draw has ended, this powerful game engages all the players’ senses and brings another level of excitement.

Ortiz Gaming received a great deal of attention during both days present at OIGA 2015. Attendees visited the booth with genuine intrigue during the 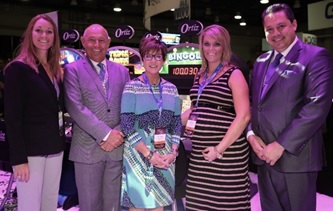 event, this allowed Ortiz Gaming associates to brief the visitors about the future innovations to come. From the show it was clear Ortiz Gaming is innovating the way bingo is played with imaginative and well-designed games and gaming products; reviving American style bingo, and reinvigorating the Class II concept.

For over two decades Ortiz Gaming has developed attractive bingo theme games and products, combined with promotional programs to support casino marketing, the international company has become a mainstay in the North American market, this resonated throughout the event.

“The 21st annual OIGA tradeshow was a success. There was a great outcome and support for Ortiz Gaming” stated Maurilio Silva, president of Ortiz Gaming. “The amalgamation of all of the efforts which took place, made this event worthwhile for Ortiz Gaming. It was another rewarding year,” Mr. Silva concluded.

Year after year, Ortiz Gaming continues to raise expectations with innovative machines, promising technology and games. The company has already promised big surprises in store for the latest edition of the Global Gaming Expo coming up in this fall.

Codere reduces its income by 21.3% in the first quarter of the year...