NetEnt’s Entry into the USA – The Whole Story

Game developers are the backbone of the online casino industry, responsible for keeping it afresh and exciting. Over the last decade, the success of the business has resulted in several developers entering the market, supplying the latest gaming options to entice players, both old and new. However, only a few companies at the very top are responsible for providing online casinos with entertainment options that have been revolutionary in their appeal. These companies have charted the path for the triumph of online casinos, and continue to impress the business world with their performance and profits.

Headquartered in Sweden, NetEnt is presently amongst the leading game developers in the world. Their products, which consist of the various games and gaming solutions, are found in most top online casinos. The company started in 1996, and has, since then, achieved an iconic status in the industry. Over the past decades, they have continued to be market leaders, coming up with innovative games, time and again. NetEnt slots, for example, are played by thousands of gamblers every day, and amounts for three-fourths of the company’s yearly revenue. Gonzo’s Quest and Starburst are amongst their most popular offerings in this segment that have proven to be extremely lucrative for players. Furthermore, over time, the company has accumulated many awards, amongst their peers for continued service to the industry.

However, the path to NetEnt’s success hasn’t always been easy. Patience and tactful business are reasons why the company continues to dominate in Europe. But it is their entry into the US market that is genuinely fascinating. A move that has proven to be extremely profitable, NetEnt recently announced that its overall growth in 2019 and 2020 is a direct result of their US ties. 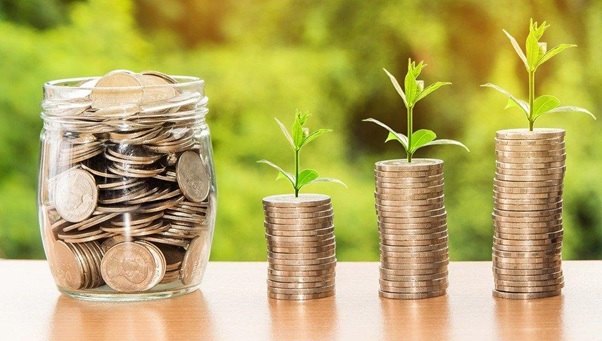 It was in 2006 when problems for the entire online gambling industry started in the USA. As the Unlawful Internet Gambling Enforcement Act came out, it made it impossible for both casinos, especially off-shore ones, and game developers to operate in the country. As a result, they all moved and focused their attention on the European market, that prospered during this time.

On the US front, the law that was passed by George W. Bush wasn’t without disagreement. Many states, particularly those aware that online casinos can result in significant revenue profits, were eager to make online gambling legal again. Unfortunately, things seem to move rather slowly in political circles. Several states tried to legalise online gambling but failed for one reason or another. In fact, it wasn’t until 2013 that New Jersey finally opened its doors to online gaming, eight years after the law came out.

The First Step Back

When the movement towards legalising online casinos took off, NetEnt was quick to enter the market. One of the earliest steps it took in 2015 was to sign a contract with UK based operator, Game Account Network Plc, or GAN. However, this was only for simulated games.

NetEnt wanted to hit two birds with one stone. While rules and regulations of online gambling were being chalked out in New Jersey, NetEnt was already making waves with the playing public. Simulated games operate on a no-cash format, so players buy virtual money that they can then use in the games. For NetEnt, it didn’t make much sense financially. Still, via this method, NetEnt was able to show US players the diversity in their games, and get them ready to invest money once it was officially allowed.

Moreover, through GAN, NetEnt’s games would be a part of online casinos that were operated by land-based casinos. Therefore, when remote gambling was taking off across the world, the game developer was able to expand its audience base exponentially. By being available to gambling enthusiasts, who typically preferred the real deal, it was able to show customers that a whole new world existed for them virtually. Moreover, not only was this digital world equally profitable, but it also came with added benefits like ease of use, extra bonuses, and a variety of gaming options.

A calculated risk at the time, entering the US market in such a fashion proved to be of great significance for the company. NetEnt was, as a result, able to make their brand stand out and create an individuality which came in handy when regulated online casinos started shortly afterward.

Once the market opened up for collaborations with online casinos, sometime in late 2015, NetEnt was ready to hit the road running. They started with GameSys US, a company that ran two popular online casinos. Although all of the attention was focused on New Jersey casinos at this point, NetEnt was on a high, and went ahead with another similar agreement, this time with Resort Casinos.

It was then that two important things happened for NetEnt. Firstly, they struck a contract with Caesars Interactive Entertainment. This time though, CIE took on the entire catalogue of the company, which means that US players, for the first time, could play each and every game that the developer had in its kitty.

The second big step for NetEnt came the next year. Even with several companies knocking on their doors, it was in 2016 when they signed a deal with Amaya. The owners of the legendary PokerStars, by collaborating with them, NetEnt really started to conquer the big league. Now, their digital games were reaching more Americans than ever before. As a result, the company strengthened its position in the US market tenfold.

The future of NetEnt is the USA, and Canada, for that matter, is nothing but bright. Not only are states opening up to the idea of gambling, but there are also cases where they are moving forward their decisions to begin early. A requirement of tax revenues is an encouraging factor behind this move, which will eventually make NetEnt games available to many more US players, resulting in higher revenues for the company. After all, having a strong and long-proven identity in the business has its advantages. And when things open up further, NetEnt can expect online casinos to come running for their products.