Learn When to Fold Your Poker Hands

Winning excellent cards is one thing, but laying down your poker hands is also a good strategy. To keep you informed, when a poker player uses the term "lay down," they are referring to folding a hand.

It is essential to understand when and how to fold in poker. You can do this by ensuring you know what to do if the odds are not in your favor. Furthermore, other factors will contribute to why you have to fold your hands.

The hand is over when you fold in poker and are out of the game. When you withdraw, you can no longer claim the pot and are not obligated to raise your bid for that hand.

What to Consider When Folding in Poker

Players should always fold some starting hands, some should never be folded, and many should only be folded occasionally. Straightforward advice on which hands to play and which ones shouldn't be played is one thing that is challenging to discuss. But, for beginners, here are cards you should fold, or you can play them as long as you know what you are doing.

There is a list of poker hands to play and those that you should fold. Long-term gains come from folding.

Even a lot of the hands you can play should typically be folded. Low pocket pairs and aces with suited cards below face cards can be trap hands that cost you a lot of money. Low-pocket pairs can be risky in numerous scenarios. In many circumstances, the suited connections with a seven, eight, or nine are also poor. 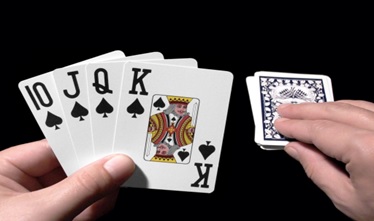 Photo by adamci from FreeImages

Due to Bad Odds

You should call a draw only when the pot odds or implied odds are in your favor; otherwise, don't bother. When selecting whether to draw a card or not, you shouldn't overestimate your chances.

Not just when you're drawing hands, you can fold when you don't have the poker odds to call. Because you can't put your opponent on a single hand either, it's difficult to determine whether you're always on top or behind in a circumstance.

There are instances when you will be behind the other probable holdings and ahead of your opponent's most likely holdings. You can choose whether to call or fold by estimating your chances and comparing them to your pot odds.

Many low-stakes players aren't interested in attempting to bluff the river. In that scenario, a fold would also be prominent.

It also impacts the starting hand chosen before the flop. Since there are still a lot of players who can act behind you and raise the pot, it is best to avoid drawing hands from an early position.

This idea holds after the flop. You'll find yourself facing a bet with a relatively weak poker card and one or more opponents still left to act. Remember that you can still be behind one of the other players even though you believe you are ahead of the guy who bets out. Based on this, you should be able to decide whether to fold your mediocre hand.

Additionally, you have to consider the likelihood that a player will keep placing bets on subsequent streets. Is it worthwhile to call another bet after inspecting the flop and calling on the turn? If not, folding on the flop might have been a wiser decision whether you are playing WSOP online or live. 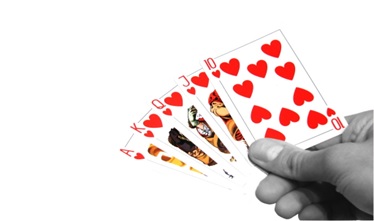 Photo by amab7 from FreeImages

Whether or not to fold depends on where you are seated at the table. If you are in the early position or even the blinds, you should fold all other cards unless you have a strong hand, such as pocket aces, kings, queens, an ace-king suited, or, most importantly, an ace-queen suited.

You may continue when you have powerful pocket pairs or even suited high card poker hands when playing in the middle position. But most of the time, folding is still preferable.

In some circumstances, other hands not mentioned above that are in the late position might also be worthwhile. You should fold and play it cautiously if you have a low pair or lower-suited hand and there are already players in the pot who have raised. Although some players decide to take a chance, most would still fold at the flop round.

Folding is an essential skill a player must learn to help them save more chips than lose them. It takes practice for one to know when to fold or when to keep playing. You can enhance your skills by playing at GGPoker, the world's largest poker room. You can play with different opponents and learn how to fold or keep betting when necessary. Sign up at GGPoker today!