What were the main aims and ambitions for the event and were they all achieved?

When we were researching the potential for Juegos Miami, we spent a long time listening to the market in order to understand exactly what it wanted. We received a very straightforward mandate and that was to create a branded event which attracted the leading influencers in Pan-Latin American and Caribbean gaming. Our brief from the broad cross section of stakeholders that we consulted with, was to create an event that brought something new, relevant and vibrant to this dynamic part of the gaming economy.

This first edition was extremely well received by our supporting companies, by the conference speakers, by attendees as well as by the community of international gaming media.

It’s obviously very important that we don’t get carried away, because there were issues that did not go as well as we had intended. However, for a launch event, we have been pleased with the outcome and the positive feedback that we have received, confirms this view. I am extremely grateful to the Latin American and Caribbean industry for having faith in us as organisers and for supporting Juegos Miami with such passion. 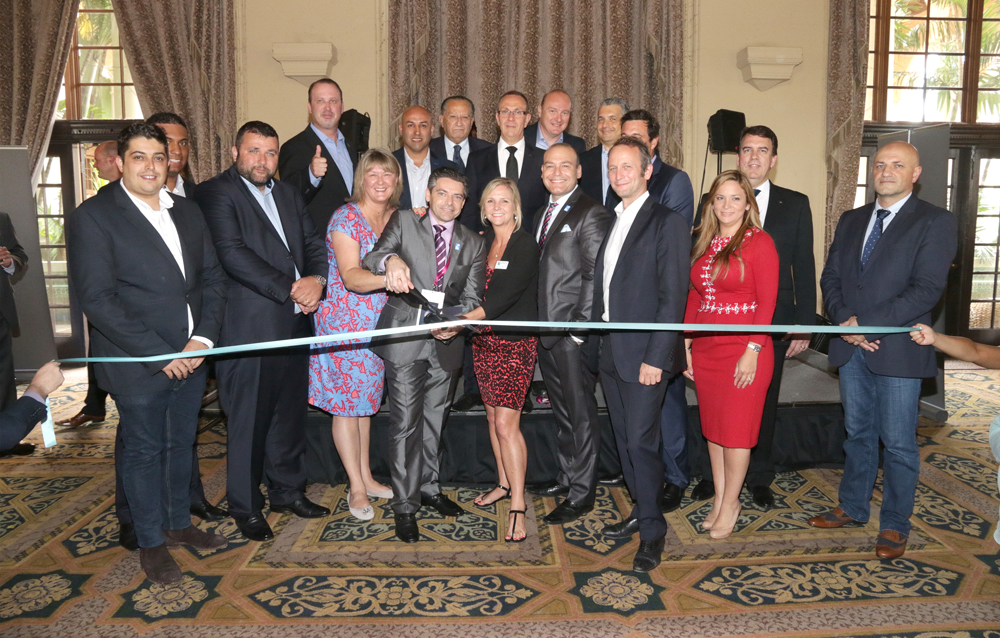 The industry asked for an event which facilitated networking and which delivered a mix of product, learning, training and socialising, all set within a professional and sympathetic environment. Having Miami as the host venue was at the heart of this vision.

With its fantastic entertainment options and great weather, Miami is possibly one of the best cities to host a regional event for the Latin American market. It has the largest Spanish population in the US and is considered the number one destination for the Latin America community. It was definitely a well received and popular host city. 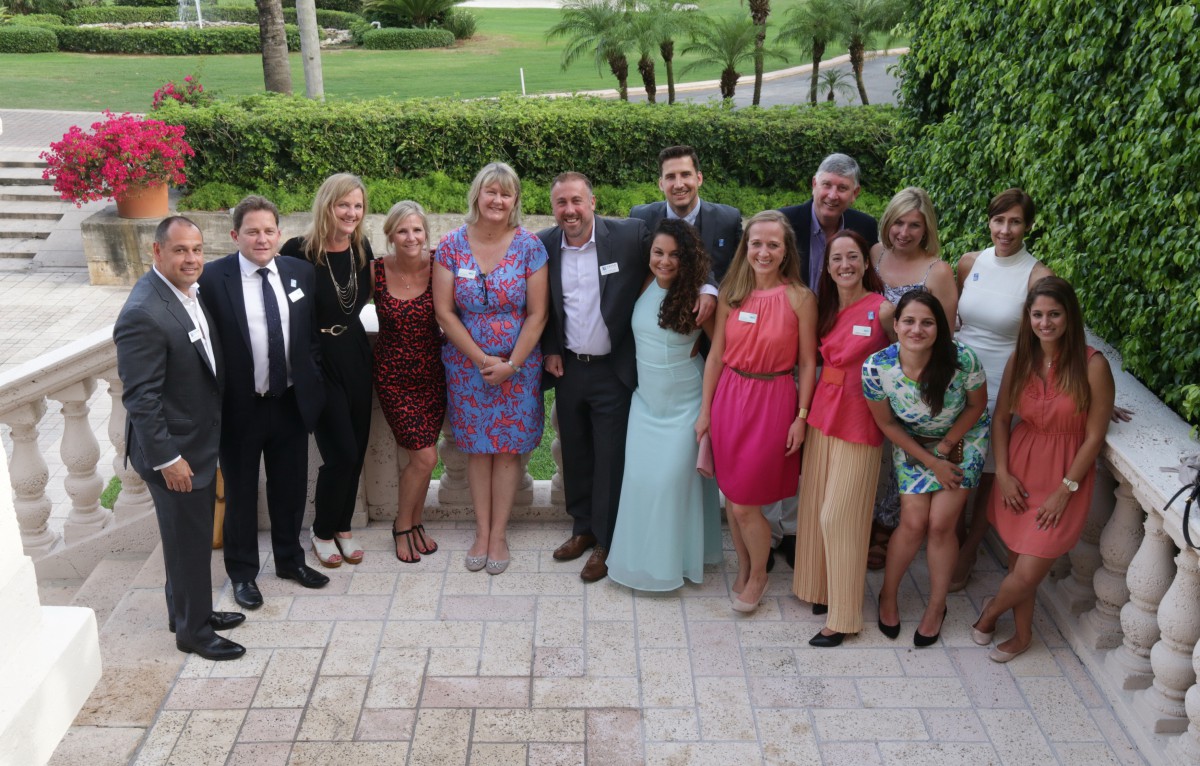 What was your opinion of the venue?

We have had very positive feedback with regard to the venue, in particular the quality of the networking functions. We feel there are improvements we can make, particularly with regards to the flow of the event between the networking, conference and exhibition areas. We are currently researching with all stakeholder groups and will be listening to and acting upon their feedback in order to ensure that we provide the best customer experience possible. 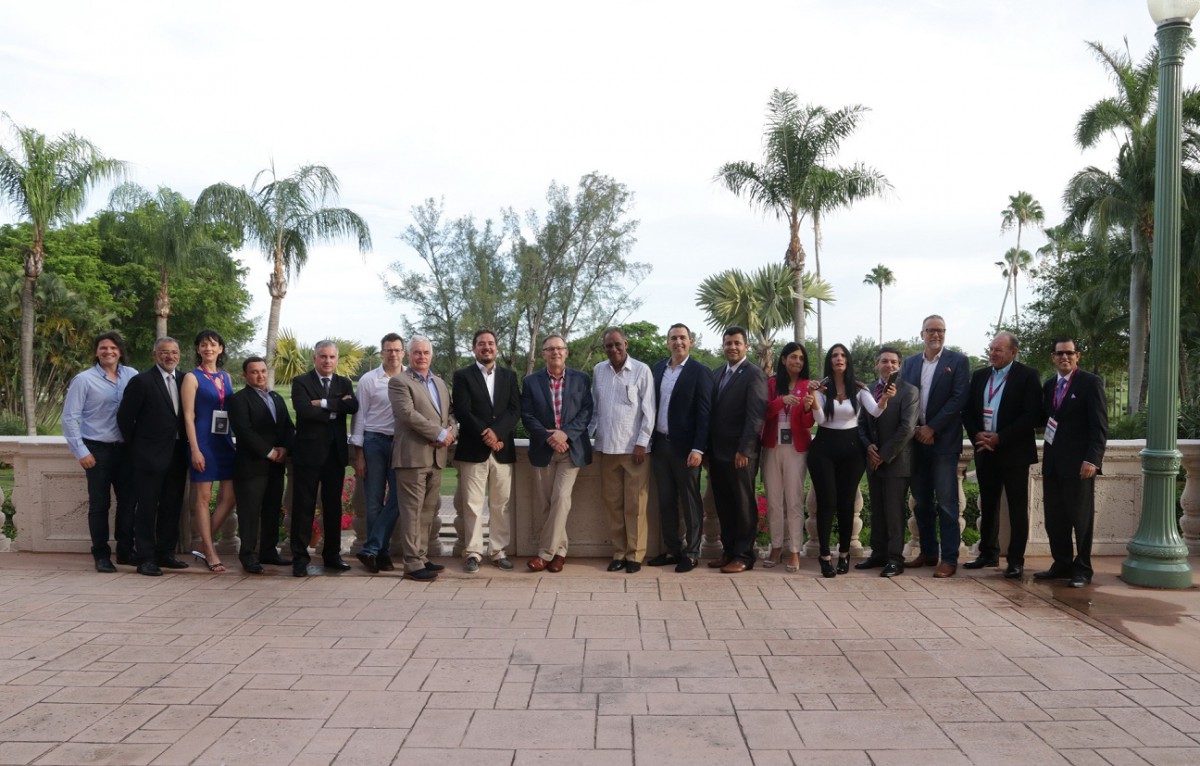 Speakers from the three day Learning Agenda at Juegos Miami

Have you found any emerging trends in the industry from those attending Juegos Miami?

What was really significant was the appetite for knowledge and the willingness of all attendees to share their insight. When you get that chemistry right, events such as Juegos Miami can really play an important role in helping to identify and map out the dominant trends. In some respects they can serve to consolidate people’s views and help to crystallise where the sector is heading. 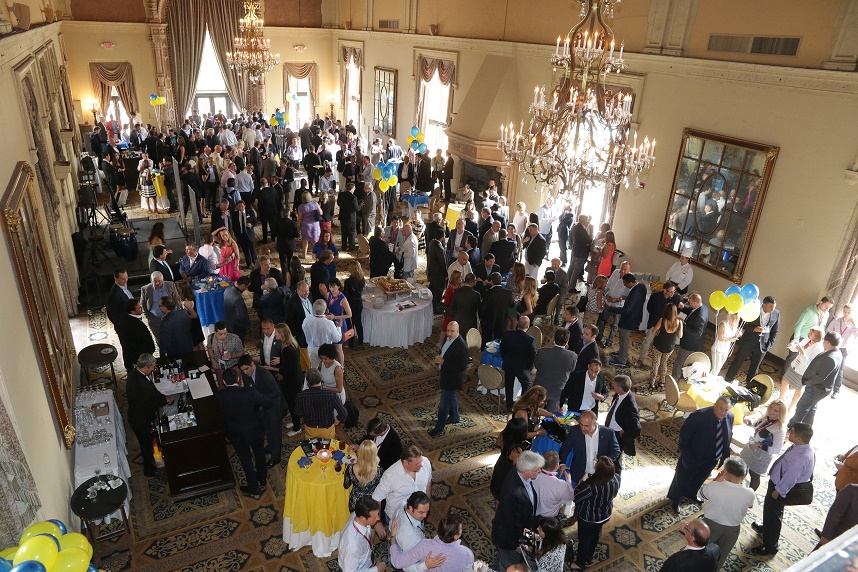 From an attending delegate stand point have you any statistics yet on numbers and regions they flew in from?

The Juegos Miami model is predicated on quality and not volume. As a consequence, the event was invitation only, and the key objective was to attract C-Level attendees and regulators from across the region. I believe we succeeded here, welcoming influencers and thought leaders from 25 countries across Latin America and the Caribbean.

As you can see, a very encouraging and powerful endorsement of what we set out to achieve and what our stakeholders wanted. 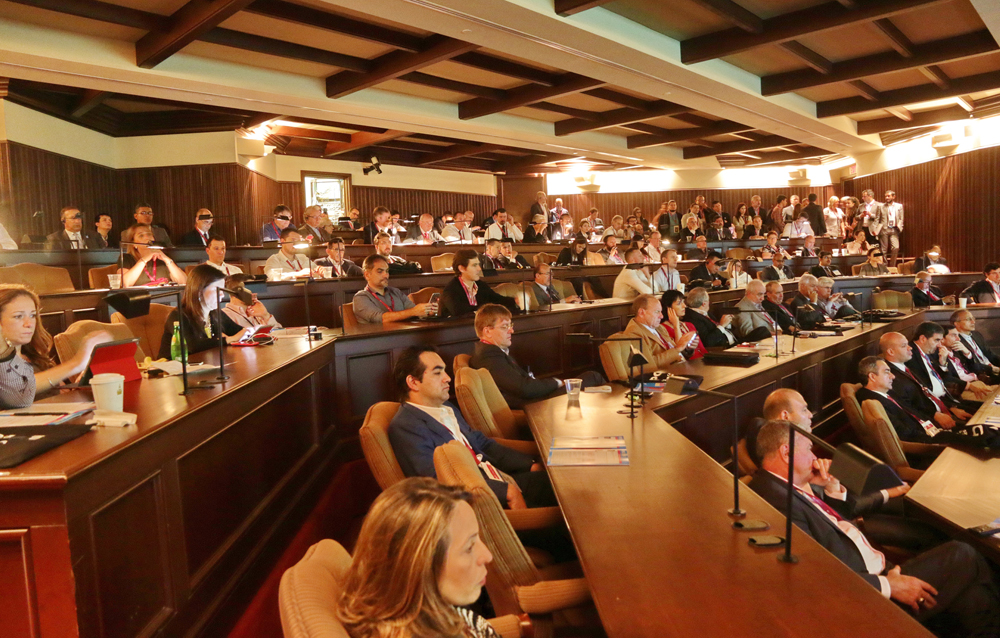 Conference in session at Juegos Miami

New events can be a bit of gamble, was that the case with Juegos Miami?

When you launch any product or service, of course it’s something of a gamble. Our job was to minimise the potential down side whilst not being timid in our aspirations.

Anyone working in the events industry will confirm how difficult it is to predict the outcome of a launch. Certainly the dynamics of the established markets such as Colombia, Peru and Argentina as well as the huge potential of Mexico and of course, Brazil, suggested the environment was right and there was an appetite for a robust and professional business event. We had also undertaken some pretty detailed face to face research with key influencers in order to inform our thinking.

Both organising teams from Clarion and our partners, Urban Expositions, had worked extremely hard - so all of the fundamentals were in place. Ultimately, you have no option but to go with your gut instinct and having faith in those around you. 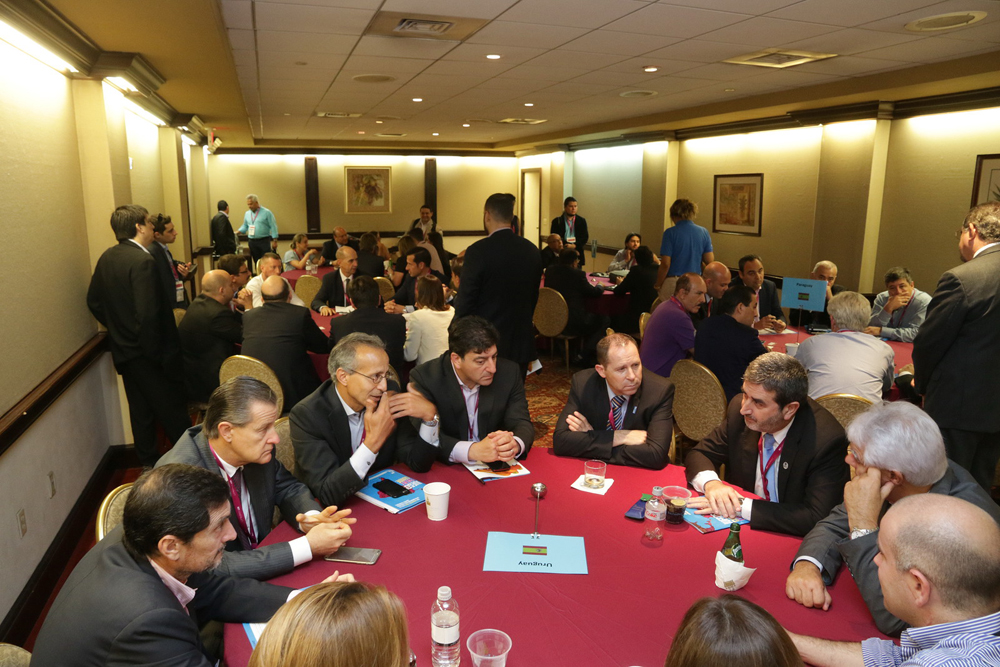 Are there plans in place for Juegos Miami 2017 and if so what message would you like to provide to those considering attending the event next year?

The simple answer to your question is, yes, Juegos Miami will take place in 2017.

The approach we adopt with all of our events, and this includes Juegos Miami, is to consult with our stakeholders in order to identify what was really good about their experience and what didn’t work quite as well as we’d intended. On the basis of those findings, which will also cover the optimum event dates, we will refine and refresh the brand offering accordingly. That process is fully underway and we are all extremely excited about how the second edition of Juegos Miami will shape up.

Launch events can take some time to bed down: however, I have been extremely pleased to see how quickly Juegos Miami has developed its own personality and niche within the industry. The volume of good will and the desire to see Juegos Miami succeed, has been hugely gratifying. 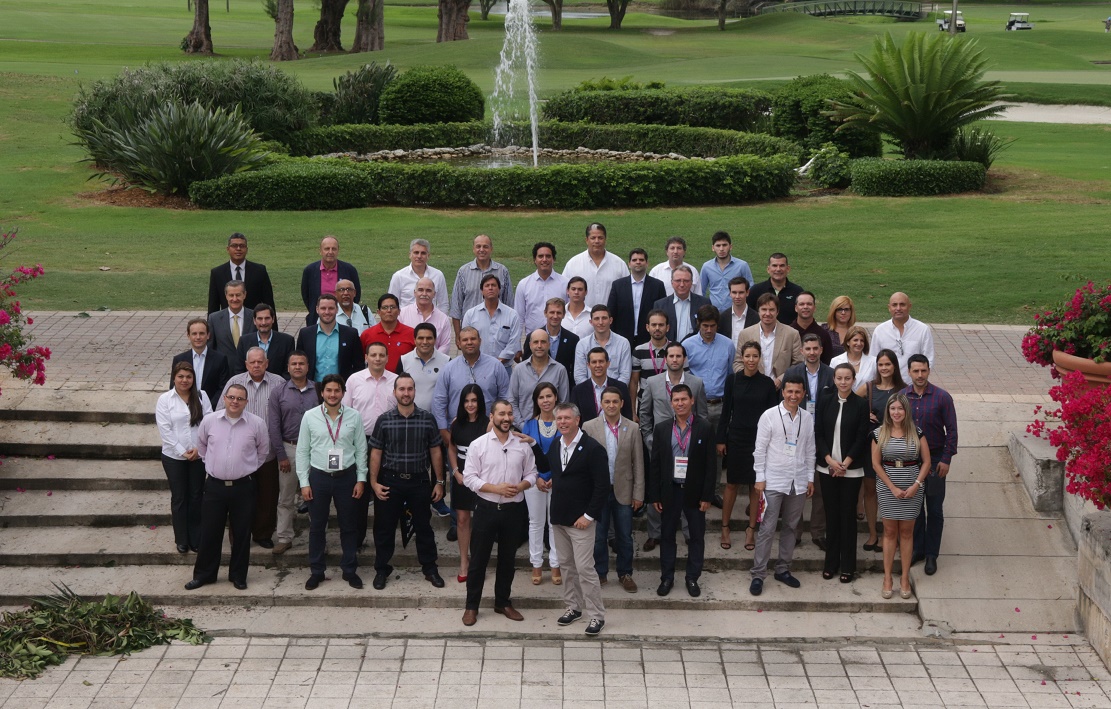 When you get the industry, including the gaming media, on side in this way, then you know the outlook is extremely positive. Looking ahead and on the basis of what we have experienced, I am certain that Juegos Miami will become a major, must attend event on the industry calendar and the one in the region, to be a part of.