It is not easy to do business in Asia. Or in the U.S. 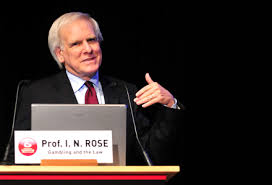 It is not easy to do business in Asia.  Or in the U.S.

This is especially true of heavily regulated businesses, like legal gaming.  And the problems are compounded when an individual who is a product of one culture wants to expand into a foreign market.

Sometimes, the barriers are structural.  How, for example, do you prove your financial purity to a Nevada regulator when you operate in a country in Asia where you cannot easily get access to your own bank records?  Investigators from American state regulatory agencies are often surprised to find that their status as police agents means little when trying to get confidential information from the police in Tokyo, let alone in Beijing.

At other times, misunderstandings come from cultural differences.  In the U.S., casino operators and suppliers often have to supply fingerprints to state gaming regulators.  But in most of the rest of the world, especially Asia, being fingerprinted is often seen as a sign that the person must be guilty of a crime.

How do you even get the official fingerprints to send to an American state regulator when your local police tell you that they only fingerprint individuals who have been arrested?

And the world has just gotten a lot more complicated.  It was difficult enough for the Las Vegas Sands (“LVS”) to get all the rights to open a giant version of its Las Vegas Venetian in Macau.  Success breeds jealousy in many parts of the world.  So, for years there were allegations that LVS’s Sheldon Adelson had used political or other influences.  Ten years after LVS got one of the first three concessions to operate casinos in this Special Administrative Region of the People's Republic of China, trial is being held in a Nevada court over the claim by Richard Suen, a Hong Kong businessman, that he is entitled to millions of dollars for supposedly introducing Adelson to high-ranking Chinese  officials.

Today, it is not just American gaming companies trying to open copies of their successful landbased casinos around the globe.  The Genting Group has expanded from its Highlands hotel-casino in Malaysia to the integrated resort in Singapore, a racino in New York City, and now to a billion-dollar casino complex in Las Vegas.  Casinos Austria probably operates more casinos in more different countries than any other operator.

But the real change is merging of different worlds.  The Internet operator PokerStars wants to buy the brick and mortar Atlantic Club, formerly known as the Atlantic City Hilton Casino.  Caesars Entertainment has created a subsidiary, Caesars Interactive Entertainment, headed by Mitch Garber, formerly CEO of PartyGaming.  This Montreal-based division is responsible for the World Series of Poker and all Caesars Palace and Harrah’s online gaming.

It’s not just landbased casinos wanting to go online and vice versa.  Caesars paid top dollar in 2011 to buy Israel-based Playtika, a company that was losing money but had developed some of the most popular games on social networks like Facebook.  Bwin-PartyGaming has announced its intention to get into the social network games.  The biggest player in the social gaming field, Zynga, sees its stock rise and fall on every rumor that its announced plans to get into real money gaming have taken a step forward, or backward.

Language is obviously the first barrier to overcome.  The problem is particularly acute for legal gambling.  Throughout the world, gambling is restricted by law.  Which means that legal gaming is a creation of local law.  And local laws between countries differ a lot more than the difference between states.

Utah and Nevada share a border, but are seen, correctly, as having completely different public policies toward gambling.  As different as they may be, any student of American law can fairly quickly determine what the laws are in the two states.  A good lawyer can even give a legal opinion on whether the state restrictions violate a higher law, like the United States Constitution.

But Utah and Nevada are part of the same legal system, with the same history and culture.  And the same words.  For while doctors have medicine and scalpels, lawyers only have words.

When Portugal gave Macau back to China in 1999, it insisted that the laws of the S.A.R. continue to be in both Chinese and Portuguese for the next 50 years.  They are both official languages, creating the possibility of conflicts and confusion.  Of course, it does not help that many of the operators in Macau today cannot read either Chinese or Portuguese.

And even if the Americans and Australians running Macanese casinos were fluent in one or both of the languages, they wouldn’t necessarily appreciate the different legal cultures.  For example, Macau does not issue casino licenses.  Operators get concessions.  These derive from Portuguese law.  American law is based on English common law.

And the legal cultures of the People’s Republic of China and the U.S. or Australia could not be more different.  A few years ago the Chief Executive (we would call him governor) of Macau unilaterally announced a moratorium on new casino construction.  In the U.S., the lawsuits would have been flying.  But in China... well that is just the way things are done.

Cultural differences arise at all levels of the law.  In China, gifts are a basic part of the social fabric and family ties are strong.  Even something as standard as giving a gift (in Asia) might be a federal felony under U.S. laws.

And how should an American gaming regulator react to a Chinese father giving his daughter $80 million to buy a share of a casino?

New Jersey regulators said no one gives a gift like that without strings attached.  Since they didn’t like the father, Stanley Ho, they found his daughter Pansy unsuitable to be partners with MGM in Macau.  Nevada regulators had the same information, but decided that they would let MGM stay in business with Pansy, unless and until they saw some undue influence by Stanley.

Nevada was criticized for being too weak.  But few Americans are aware that many people in China were offended by New Jersey’s decision.

There is one culture that is unlike all the others: The American regulatory system over casinos.  Operators from other parts of the gaming industry are often shocked at the intrusiveness of state government background checks, and the control of every part of this privately owned businesses by federal, state and local officials.

Nevada created its regulatory system in the 1950s, for very good reasons.  The Kefauver hearings, the first televised Congressional investigations, linked Las Vegas casinos with the Mob.  State officials feared the federal government might take over control of casinos, or even close them all down.

There may no longer be secret Mafia owners, but the culture of complete control was adopted by every other American state.  Casinos in Atlantic City were not even allowed to have different colored felts on their tables.

If America wants to remain the leader in legal gaming, we have to remember that in culture clashes, there are no winners.  Given a choice between Atlantic City and Macau, MGM chose China.

© 2013, I. Nelson Rose.  Prof. Rose is recognized as one of the world’s leading experts on gambling law, and is a consultant and expert witness for governments, industry and players.  His latest books, Internet Gaming Law (1st and 2nd editions), Blackjack and the Law, Gaming Law: Cases and Materials and Gaming Law in a Nutshell are available through his website, www.GamblingAndTheLaw.com.