California is the most populous state in the union and it’s also the state with the biggest active online poker player base. For many in the Golden State, the passage of online poker legislation is seen as the right thing to do. Multiple poker bills are currently making their rounds in the California State Legislature including Senate Bill 278, AB9, AB 431 and AB 167.

It is the latter bill that has garnered tremendous attention among Native American Tribes of late. Reggie Jones-Sawyer introduced the bill on the 22nd January 2015. The Internet Poker Consumer Protection Act of 2015 seeks to allow all eligible entities to make applications for a 4-year license to offer online poker gaming, renewable on expiry. However, Assembly Bill 167 has been met with stiff resistance from a group of 6 influential Native American Tribes including the following:

Their opposition to Reggie Jones-Sawyer’s bill is grounded in several factors. For starters, the Native American Tribes believe the legislation has fatal flaws in its wording. AB 167 has expressly indicated that horse racing associations will be able to operate in California’s online poker industry. This is something that 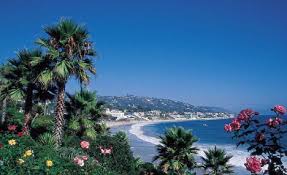 many tribes are unwilling to accept. In their strongly worded response letter, they believe they have a mandate from the people of California to be the only entities to provide online poker games. Without protection of their vital interests, they refuse to be party to the bill. Further the absence of a ‘bad actor’ clause means that companies like PokerStars, FullTilt and Absolute Poker could return to California’s online poker market and offer their services with impunity.  As a result, these six tribes penned a letter of opposition to Reginald Byron Jones-Sawyer’s AB 167.