Germany is one of the most attractive and expanding gambling markets worldwide: With a GGR of around 14 billion EUR in 2018, it is the third biggest gambling market in Europe after Italy and the UK. Although it offers profitable income opportunities for the gaming industry, gaming companies have to face a complicated and restrictive German gambling legislation. Though the regulation in the gambling sector is very dynamic and constantly adapting to the reality of the fast changing gambling market, gambling law in Germany is still dominated by one essential legal framework, the State Treaty on Gambling from 15 December 2011 [“State Treaty” – Glücksspielstaatsvertrag] that was concluded by the 16 federal states. Each federal state has implemented the State Treaty into its respective state law. As the key regulation on gambling in Germany, the State Treaty contains the basic legal requirements for the organization of all types of gambling across the German federal states. It provides detailed provisions and guidelines for gambling, in particular for lotteries and betting services. 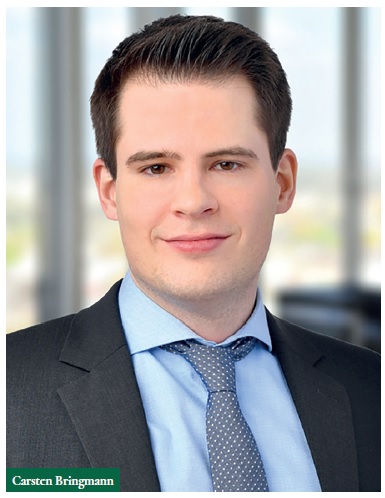 According to the State Treaty, public gambling services can only be provided on the German gambling market if the respective operator holds a gambling license. But in practice the picture in the sports betting sector has been a different one until recently. The granting of licences for sports betting on basis of the State Treaty was firstly introduced in 2012. In 2014, 15 unsuccessful applicants for the sports betting licences obtained preliminary injunctions against the competent authority for granting licences to 20 selected applicants only. As a consequence of court rulings in favour of the dismissed competitors, the competent authority for issuing the licences had not been able to issue a single license for organizing sports betting in Germany. However, up to now, the German gambling supervising authorities tolerate the organization of sports betting services as long as they meet the further requirements set out by the State Treaty without a formal license.

Under the Third Amendment, operators of online sports betting services must apply for a licence in order to provide their services in Germany. The application procedure is conducted before the Regional Council in Darmstadt [Regierungspräsidium Darmstadt] from 2 January 2020 forward. International operators applying for a licence must not be based in Germany. It is sufficient to name an authorised person for the operator´s official correspondence within Germany and to present documentation and proof of registration by foreign authorities that are comparable to the German official documentation. Presumably, the sports betting licences shall be valid at least until 31 December 2022, resulting in a new application procedure from 1 January 2023.

Besides these much needed improvements and developments in the German gambling regulation, the Third Amendment still includes many restrictions such as a monthly stake limit or the limitations to the permissible betting product range. However, legal uncertainties for the German gambling market still exist. The Third Amendment serves only as a temporary, transitional solution until further amendments to the State Treaty have been politically agreed upon. For the moment, the Third Amendment will be valid until 30 June 2021. Hereafter, a new State Treaty is supposed to come into force. In practice, this requires a consensus between 16 politically different states in a rather ambitious and short period of time. Currently, negotiations for a new State Treaty are conducted by state chancelleries who represent the various interests of their respective federal states. Once a draft State Treaty has been concluded, German bureaucracy takes its course: After the decisions are prepared at the working level, they are to be taken to the Conference of Prime Ministers and the Conference of Heads of State Chancelleries. Furthermore, the final decisions have to be approved by the 16 state parliaments.

The framework for gambling regulation from mid 2021 forward on, is currently being discussed at those two state conferences and the members plan to find an agreement by February 2020 at the latest. The current draft of the new State Treaty includes a conditional extension of sport betting licences and a licensing regime for virtual slot machines and online poker games. Moreover, a monopoly solution for virtual table games like Roulette and Baccara has been found. Those games are to be converted into 16 state monopolies.

The states intend to create a long-term framework with the validity of minimum 7 years. In addition to that, a new nation-wide, “Joint Gambling Authority of the Federal States” [Gemeinsame Glücksspielbehörde der Länder] shall be established. It is supposed to be the competent enforcement authority for issuing gambling licences and conducting the supervision of gambling activities for cross-border gambling services, i.e. online gambling services. Furthermore, it shall monitor developments on the gambling market and promote research on gambling activities.

Though there has been consensus on these main aspects of the new gambling regulation, many details are still unclear. The final result depends on political decisions made by the 16 different states. Various scenarios are on the table. However, the most likely outcome is an agreement between all 16 states on the basis of the current proposal, with the possibility of excluding controversial points to a safeguard agreement. Another likely alternative is an agreement between more than 8 federal states, if a consensus among all states fails due to controversies. A complete failure of the negotiations is also still possible – either during the negotiations or through lack of ratification by state parliaments. A separate path of more progressive states like Hessen and Schleswig-Holstein has already hinted as this possibility. Especially the potential future introduction of online casino licensing opportunities is highly controversial among the federal states and regularly leads to intense discussions. On the one hand some states want to keep that prohibition at all costs and are not willing to make compromises in that question. On the other hand there is a slowly growing group of states considering alternatives to a total prohibition of online casinos. These states – like Schleswig-Holstein – are in favour of a fundamental change in Germany’s gambling regulation. They want to introduce a nation-wide online casino licensing and therefore urge that key decisions on the way forward are made as soon as possible. Schleswig-Holstein´s progressive attitude has its origin in its exceptional position within the gambling law structure in Germany and its own experience with regulating online sports betting as well as online casino gaming. Originally, only 15 of the 16 German states were part of the State Treaty. The state of Schleswig-Holstein initially had its own gambling regulation allowing the issuance of online gaming licences, including sports betting and online casinos - after all, a year later Schleswig-Holstein acceded to the then valid State Treaty. During the time the Gambling Act of Schleswig-Holstein was in force, 48 licences for the operation of sports betting and online casino gaming were issued by the state. Those licences were supposed to expire, but Schleswig-Holstein wanted to maintain their regulated market and introduced a transitional arrangement for sport betting operations in Schleswig-Holstein. Moreover, the officials introduced a state law, which revalidated online casino licences granted by Schleswig-Holstein. The sport betting transitional arrangement and the revalidated online casino licences will stay valid until another licence is granted on the basis of German gambling regulation, but not longer than 30 June 2021. Therefore, Schleswig-Holstein insists on going fast in the current negotiations to avoid legal gaps. It represents all of these states, who wish for a progressive regulation law. Due to this controversy among the states concerning online casinos, it is even possible that Germany splits into two different groups of states – those who introduce online casino licencing and those who still stick to the prohibition.

Taking those agreed provisions into account, the current draft for a new State Treaty provides for a far-reaching liberalization of the casino gaming market. As a consequence, all gambling sectors – except large lottery organizations – would be liberalized in Germany. It is questionable how this will affect the coherence of the overall gambling regulation. According to critics, the liberalization of online casino gaming would lead to the incoherence of the regulation. It remains to be seen how the EU commission will position itself on this matter.

To sum it up, there will be a lot going on in the next two years for operators in the gambling sector, especially regarding the negotiations between the 16 states and the final adoption of a new State Treaty. It remains to be seen how successful the new regulation of the Third Amendment will be in practice and more importantly, how far all of the 16 states will go in liberalizing the market by concluding a new State Treaty.