Gambling in the UK: the perversity of eschewing diversity

A decade on from the Act, gambling is still the only show in town for most of Britain’s major operators. Dan Waugh 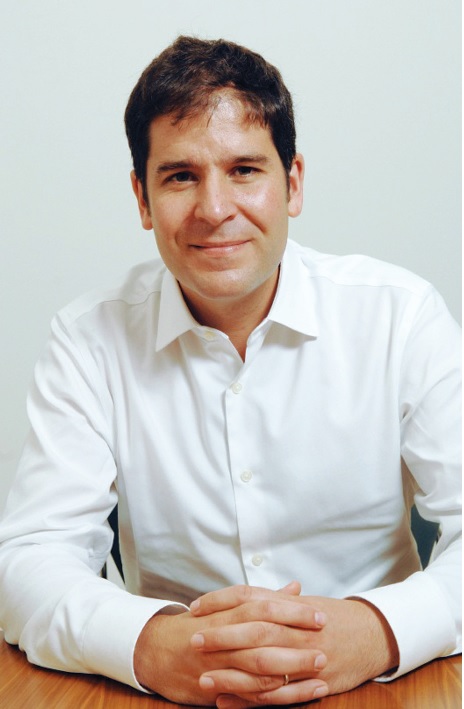 As Genting prepares to open Britain’s first truly integrated destination casino at the NEC in Solihull this week, Dan Waugh asks why our gambling industry has been so slow to embrace mainstream leisure.

A few years back, the American Gaming Association published ‘Beyond the Casino Floor’, a report which claimed that the economic value of commercial casinos in the United States was between three and four times greater than its $35bn of annual gross gaming revenue.

It is unlikely that the British gambling industry will be following the AGA’s example any time soon for the principal reason that gambling in Great Britain – unlike in an increasing number of US states and other markets - underpins nothing so very much more than....well.... gambling (and its traditional adjuncts, horse-racing and dog-racing). Whereas in the US, around a third of casino expenditures relate to non-gaming activity (more than 70% on the Las Vegas Strip), in Britain it is closer to 5% (in licensed gambling venues).

The unwillingness or inability of gambling companies to diversify revenue beyond gambling is perplexing to many overseas observers. For all the hyperbole of the Gambling Bill era, betting and gaming remain niche leisure pursuits - many of us do it but not very often; very few of us engage in it frequently. As a result, consumer expenditure on gambling is relatively small beer at the macro level.

Restricting commercial activities to gambling thus confines the opportunities for growth. Given that most gambling businesses have fairly high fixed-costs, the opportunity to generate marginal revenues from existing areas of consumer spending should be highly attractive – but for a variety of reasons this has not proved to be the case.

The image of Britain as a nation of gamblers owes much to the National Lottery, which skews participation rates towards the three-quarters commonly quoted. The key sectors of land-based gambling – betting shops, bingo clubs, arcades and casinos – enjoy relatively low levels of patronage compared with leisure at large. This is despite the relatively high dispersal of licensed venues (there are around 10,000 overseen by the Gambling Commission) which makes gambling significantly more convenient than in many jurisdictions.

In the major global markets, the expansion of non-gambling amenities within venues has driven increased visitation and encouraged trial (if you want to be mass market then it pays to lead with mainstream activities rather than those which are niche or taboo – just ask Ann Summers).

The reason for the industry’s obsession with gambling may lie in the high gross margins and large VIP expenditures that are characteristic of certain sectors. If one can make millions through the relatively simple process of spinning a wheel or plugging in a slot machine, why bother with the grind of activities which require more labour, more effort, different skills and may yield lower margins?

A decade ago, a gaming executive I knew defended the unspeakably bad food in his bingo halls by explaining to me that he would rather see his customers spend their time and money on high margin bingo games than on dining. He seemed to have completely missed the point that his customers were spending their money in the local chip shops instead (and then bringing the food into the clubs to eat). Things have moved on since then – but not by as much as we might have hoped.

So does gambling’s reliance on gambling actually matter? The industry appears not to care too greatly, the regulator has a range of other issues to deal with and the Government is not particularly interested; and why should they? Yet what if the question of diversification involved more than simply the opportunity cost of foregone revenues?

First, there is the fact that gambling is a politically volatile business, subject to unhelpful regulatory interventions and opportunistic tax raids. On three occasions in the last eight years, three different sectors of the gambling industry have seen their business models unexpectedly challenged by Budget Day changes to gambling duties - casinos in 2007 and 2009; bingo clubs in 2009; and betting shops in 2014 (this excludes the extension of remote gaming duty in 2014 to offshore operators which was well flagged in advance).

Such changes are not unique to Great Britain (think UIGEA, the current government crackdown in Macau, the backlash in Italy, the banishment to Siberia of the Russian casino industry, the imposition of retrospective remote gambling taxes in Spain, the outlawing of slots parlours in Poland – the list goes on) and the lesson seems obvious - a business that is built entirely on gambling revenues is one that is vulnerable to that which issues from the politician’s soapbox or the bureaucrat’s pen.

Gambling – a sector that often suffers from an unhelpful status in mythology and morality – is weak in part because it has so few champions. A small percentage of customers care passionately about their right to have a flutter, but taken as a whole the Great British public’s attitude to gambling is one of mild disapproval. Output is not significant within the context of national economics; employment is reasonably large (c.0.3% of Britain’s workforce) but highly dispersed, modestly paid and in decline; and while some communities truly value gambling (bingo clubs in some towns; arcades in seaside resorts, betting’s support for race courses), opposition

tends to be more active and more vocal (e.g. the 93 local authorities who supported the London Borough of Newham’s Sustainable Communities Act gambit or the councils who have adopted no casino policies in spite of the fact that the law does not permit them to license casinos anyway).

Linked to this issue of political volatility is the question of gambling-related harm. There is a comforting story that we tell ourselves within the gambling industry that we are working towards a world where all gamblers spend within their means, allowing operators to benefit from affordable (and so sustainable) consumer expenditure and long-term customer relationships. Gambling businesses, we tell ourselves no more want problem gamblers than pubs wants alcoholics. It’s a neat line but what if it isn’t true?

Several studies (notably the Australian Productivity Commission and in this country the work of Professor Jim Orford) have suggested that gambling companies are highly sensitive to the expenditures of problem gamblers. We don’t know this to be the case but we do know that certain sectors (casinos, betting shops and remote) derive large portions of their incomes from a small proportion of highly frequent customers (n.b. frequency is a key flag for possible harm).

This is what the writer and former Wall Street trader, Nassim Nicholas Taleb calls ‘Extremistan’ – a place where the mean is meaningless and the behaviour of the few markedly skews the overall picture. Pubs on the other hand largely inhabit ‘Mediocristan’, where consumption values from one customer to the next are less divergent.

If Orford is correct then this suggests an unhelpful paradox where ‘responsible gambling’ may be put squarely at odds with commercial objectives. If (and this remains to be proven) certain types of gambling are sensitive to the expenditure of problem gamblers, it makes it that much harder for companies to take meaningful action because to do so is to work against near-term financial self-interest. Sacrifices that hurt tend to be harder to make.

In this situation, revenue diversification would seem to have two things going for it. First, companies are going to find it easier to do ‘the right thing’ if they are less dependent on ‘the wrong thing’; and second, by offering customers a wider range of amenities, there may be positive incentives for them to take breaks from gambling (as opposed to the negative incentives of limit-setting). It shifts our interpretation of responsible gambling from a series of mitigations to inherent characteristics. This logic was embedded in the Budd view of gambling reform that somehow got lost along the way.

All this is fine in theory but how on earth does gambling make that journey from Extremistan towards Mediocristan (noting that dependence on high-value customers is not the same as reliance on problem gambling and the distribution of revenues will always be more skewed than in other parts of the leisure market)? By dint of the current licensing regimes, casinos and bingo clubs have the greatest opportunity for revenue diversification. Indeed, Simon Thomas at the Hippodrome has been demonstrably successful in taking the casino mainstream despite the obvious limitations of the 1968 Act regime; and now Genting is raising the bar again (under the more generous 2005 Act) at the NEC.

Yet there is nothing to stop arcades and betting shop operators from seeking to exploit new revenue opportunities. Their business models may need to change in order to do so; but this is perhaps overdue anyway given the erosion of the traditional customer base and the need to appeal to younger customers in both formats. For all sectors, there are models of diversification from overseas that might be adopted or adapted (see http://regulusp.blogspot.com/2015/02/time-to-think-outside-box.html); and though this may require changes to regulation, reform is more likely to be achieved if its consequences are in keeping with social policy objectives.

The dynamic of land-based gambling in Great Britain appears today to be a long-term shift towards obsolescence with the threat of near-term regulatory shocks. Both require strategic action, including a willingness to do things differently. Kicking gambling’s dependence on gambling may just be an important part of that process.

Read more on online gambling operations in the UK that focus on poker here.