GAMBLING AND THE LAW®: Internet Gambling? No Problems

Gambling and the Law®: Internet Gambling? No Problems

The casino industry is one of the most heavily regulated businesses in the world.  But even if they did not have that government oversight, casino owners would still be among the most careful business operators in the world.

The reason is simple:  It’s their 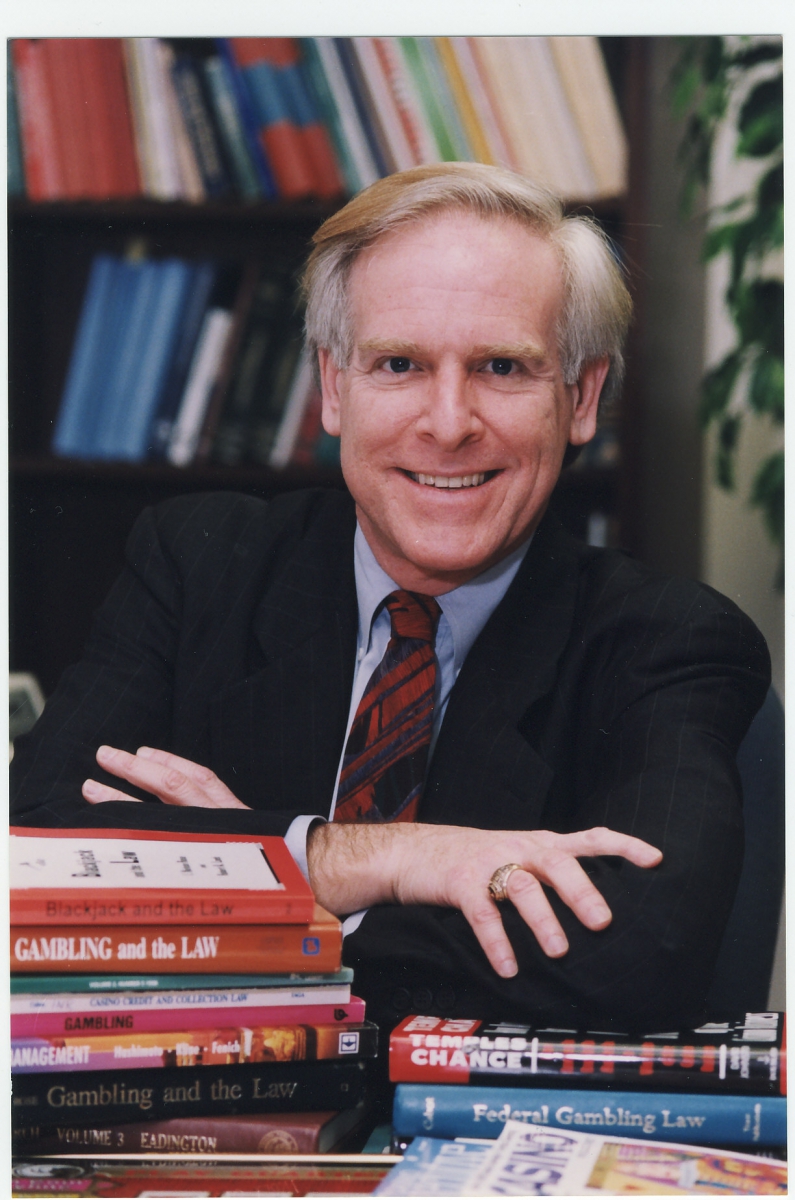 In lotteries, parimutuel betting and round (non-banking) games like poker, gamblers wager against each other, with the operator taking a piece off the top.

Casinos make almost all of their revenue from banking games.  Craps in casinos is not street craps:  Players are betting against a fund of money, a bank.  Casinos act as the house, fading all of the bets of their customers.

To see how careful the casino industry is compared with something that we would normally think is more important, look at the relatively few malfunctions there have been with slot machines as opposed to voting machines.  Yes, there have been some well-publicized problems.  But given the hundreds of billions of times buttons have been pushed and handles pulled on gaming devices, the incidents are extremely rare.

If the states really wanted to make voting fast, accurate and secure, they should turn the running of elections over to casinos.

This doesn’t mean gaming device manufacturers and operators couldn’t be even more careful.  In England, where the jackpots are smaller, casinos have to pay off “winners,” when there is a malfunction.  Not surprisingly, British casinos have even fewer slot machine malfunctions. But casinos in the U.S. do seem to care who is the legitimate winner more than some election officials seem to.

Casinos also face the theoretical risk of losing not just money but their most valuable asset:  their licenses.

In practice, regulators rarely impose even substantial fines, let alone suspend or revoke licenses.  But the threat is always there.

The risk of being closed down is even greater with Internet gaming.

On February 21, 2013, Governor Brian Sandoval signed a bill explicitly allowing Nevada to enter agreements with other states to allow cross-border betting.  This will permit pooling of players in states where Internet poker is legal.  Delaware and Nevada have, in fact, announced that they have come to an agreement to take bets from each other.  It will be interesting to see how they deal with the fact that not all operators will be licensed in both states.  And the tax rates are different.

“The Legislature hereby finds and declares that . . . A comprehensive regulatory structure, coupled with strict licensing standards, will ensure the protection of consumers, including minors and vulnerable persons, prevent fraud, guard against underage and problem gambling, avoid unauthorized use by persons located in jurisdictions that do not authorize interactive gaming and aid in law enforcement efforts.”

Politically, it was very important that the first state-licensed Internet gaming operators met those standards.  But was it also required by law?

The Unlawful Internet Gambling Enforcement Act (“UIGEA”) expressly allows online wagers to be sent intra-state, but only if the bettor and operator are in the same state, the state has made the bet legal, and verifications are in place:

“. . . age and location verification requirements reasonably designed to block access to minors and persons located out of such State; and appropriate data security standards to prevent unauthorized access by any person whose age and current location has not been verified in accordance with such State's law or regulations . . .”

Similar language applies to bets made between and among tribal Internet gaming operations.

There is no similar language in the UIGEA about other interstate or even international Internet gaming.  But this did not mean that Congress did not care about age and location verification for non-tribal, cross-border bets.  It simply forgot to put it in.  Remember, the UIGEA was put together overnight by the Republican leadership of Congress, without any hearings, or even having been proof-read.

The UIGEA does require that an Internet wager not violate the laws of the jurisdictions where the operator is located, that is, where the bet is accepted.  The Act also requires compliance with the laws where the gambler makes the wager.  Every state has restrictions on commercial gambling, and sets minimum ages for legal games.

There are complex legal questions whether these often archaic state statutes apply to an Internet operator who is outside the state.  And challenges have been filed that laws against gambling do not even apply to poker, which is arguably a contest of skill.  But state-licensed online poker rooms and casinos are going to be very careful before they accept wagers from someone outside their state’s borders.

Changes in the law trail changes in society.  So, not only do we have anti-gambling laws that pre-date the invention of the Internet, we even have some that predate the telephone.  And hidden among these ancient statutes are legal landmines.

No U.S. operator would intentionally register someone who is from a state where Internet gaming is illegal.  There are no reported cases involving anti-gambling laws where someone in the state or country bets with a licensed foreign operator after that operator took steps to avoid taking bets from that state or country.  And many anti-gambling laws require a specific intent, like that the operator “knowingly” accepted the bets.

But the laws meant to protect children from what society regards as morally suspect industries often do not require a specific intent.  In fact, they can be strict liability.

The best known of these involve serving alcoholic beverages to a minor.  Even if a bartender does everything reasonably possible to verify the patron’s age, the bar owner could end up paying a fine.

In Nevada, a licensed casino can raise the defense that it reasonably thought the minor was of legal age.  But, in New Jersey a court upheld a fine imposed on an Atlantic City casino for allowing two minors in the gambling area, even though the casino was not at fault.

Internet gaming operators have to be extra-careful about protecting minors and compulsive gamblers from themselves, preventing hacking, and making sure that no one can make a bet from a state or nation where online betting is illegal.  There are states which impose strict liability, meaning an operator is sometimes guilty of violating local anti-gambling laws, even if they have done everything superhumanly possible to prevent someone from that locale from making a bet.

Are the online operators doing enough?  There have been complaints, both from players in Nevada who could not sign up with Ultimate Poker’s Nevada-licensed Internet poker room, and from critics who say the geo-location safeguards are inadequate.  But there have been even more complaints from players who would like to bet legally with Nevada’s licensed online operators, but can’t register or get their payments accepted.

The standards will undoubtedly be fixed over time.  But, in the real world, as long as an operator is doing everything possible to keep out minors and bettors from places where online gambling is forbidden, the most they face is a fairly small fine.

© 2015, I. Nelson Rose.  Prof. Rose is recognized as one of the world’s leading experts on gambling law, and is a consultant and expert witness for governments, industry and players.  His latest books, Internet Gaming Law (1st and 2nd editions), Blackjack and the Law, Gaming Law: Cases and Materials and Gaming Law in a Nutshell are available through his website, www.GamblingAndTheLaw.com.