For a Few Dollars More

My name is Mark Wayman, and for the last eleven years I have owned an Executive Recruiting firm focused on gaming and high tech. Compensation starts at $100,000, average placement is $250,000; last year I placed eight executive’s north of a million dollars. 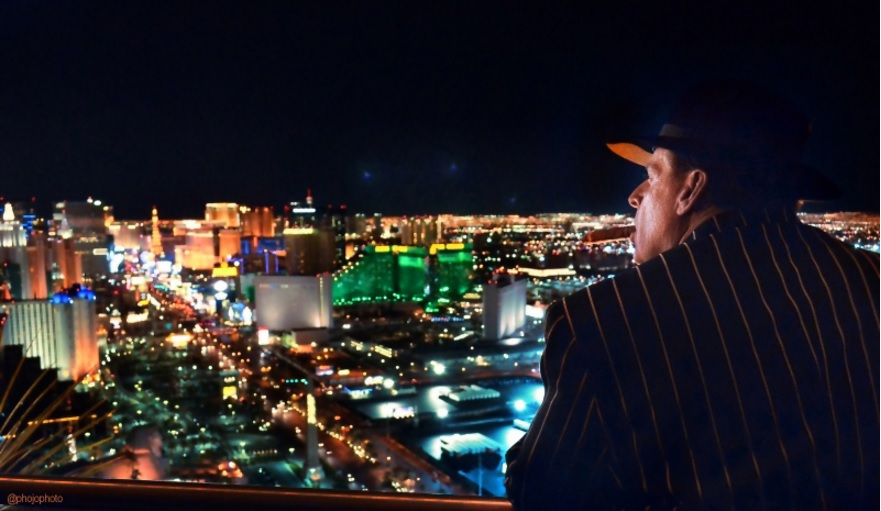 This article discusses the topic of offer and counteroffers from both the hiring manager and candidate perspectives. How do job offers work? Should I consider a counter-offer from my current employer?

There are exceptions to every rule, however after 11 years and 700+ high level placements, here are my insights.Hiring Managers and Human Resources

NEVER Make a Counter Offer – Always remember this, HAPPY EMPLOYEES DON’T QUIT. Mostly they leave for a better offer (title and/or money), and you can’t blame them for wanting to improve their position in life. In many cases, they may be unhappy working for your company…for whatever the reason. And unfortunately in some cases, they are trying to leverage you for a pay raise. Regardless, NEVER MAKE A COUNTER OFFER.

Top performers don’t use quitting as a tactic to get a raise. One of my clients engaged me to replace a VP that gave notice. To my mind this VP was mediocre, so my thought was “Don’t let the door hit you on the way out.” I queued up three excellent replacement candidates. At the eleventh hour, the incumbent decided to stay (his new job probably did not come through). Even more surprisingly, the President decided to keep him. As Julia Roberts says in Pretty Woman, “Big mistake. Big. Huge.”

The company lost out on three great candidates, and you guessed it, the incumbent was gone six months later. All you did was give him time to find another job.

Never, ever make a counter offer. Don’t Short Sheet Candidates at Offer time – Always get consensus on the compensation package prior to interviewing a candidate. No need to waste your time on candidates that are out of range on salary, or with the ones that are unrealistic about compensation (and they are many!). On the other hand, if you agree on compensation up front, don’t lowball them at offer time.

For example, if you agreed on $200,000, don’t make the job offer at $175,000. It paints your company in a bad light. If you have an agreement on compensation, honor your commitment.

Great Employees Don’t Get Fired – In many cases, companies ask me to perform a CONFIDENTIAL SEARCH because the incumbent is still on payroll and is not aware they are being terminated. And that makes sense.

My only comment is that once you make the decision to terminate someone, follow through. One time a CEO communicated he was firing one of his “C” level folks. He asked me to provide candidates to backfill the role. Identified an excellent replacement, however at offer time the CEO decided to give the incumbent “one more chance.” Big mistake. Big. Huge. Once you decide to terminate an executive…get them gone.

Death by Due Diligence – This is a terrible hiring strategy. As of today, November 2015, we are in an ultra-competitive talent market. In other word’s it’s a sellers’ market. Sellers being the candidates. All the good executives are gainfully employed and not moving around. My philosophy is, “If it takes you three months to hire someone, you won’t be hiring anyone good.

They will have three other jobs offers…and be long gone.” A two to four week interview window is all you are going to get. If it’s a technical role, you might only get a week to wrangle them. The job market is THAT hot. If you think it’s an honour and privilege to be you on your payroll, you are wrong. Treat candidates with professionalism and respect; move through the hiring process quickly.

NEVER Accept a Counter Offer – If you don’t remember anything else from this article, remember this: COUNTER OFFERS ARE ALWAYS A BAD STRATEGY. You just let the boss know you are unhappy, and by accepting a counter offer gave him time to transition your job to someone new. I would say that is accurate 95% of the time. You will be gone in three to six months. And if you leveraged your boss/company for a pay raise, do you REALLY think they appreciate your arm twisting for a few more nickels? Never, ever take a counter offer.

All You Have in Life is Your Word and Reputation – A client recently emailed me that he invested significant time and effort interviewing a candidate, only to have the candidate accept an offer from another firm at the last minute. My best story in this regard is an SVP that had me rush him through the interview process, then told me he already had an offer from Microsoft. If I could beat it, he was in. Not only did I beat it, I blew the Microsoft offer away. The candidate used my offer to sweeten his Microsoft deal, and left me twisting in the wind. Here is my point. If you have multiple irons in the fire (interviewing with several companies), be honest and let the hiring companies know. They are investing time and money to interview you, so the least you can do is be honest and not pull the rug out from under them at the last minute. Here is another good story.

Worked on a “C” level search and got the candidate an outstanding offer. More money than he ever made in his life. He declined, stating he had a sick relative. That was pretty odd - never mentioned it during the two months of interviewing. Come to find out he was interviewing for a “bigger” position down the street. Unfortunately for him, I was the Recruiter on that one. Wow, bummer, huh? He is now making half what I offered him, while living in San Francisco and paying 13.2% state income tax. All you have in this world is your work and your reputation, be a person of integrity.

Once you Accept an Offer, Honour Your Commitment – Over the course of eleven years I have seen three executives accept offers, then renege on their commitment. For me, integrity is everything, and when someone goes back on their word, I won’t deal with them again in the future. There are too many great executives to deal with the ones that lack integrity. I had a VP, Casino Marketing executive that accepted an offer from one of my clients. On the first day of work he was a no show, no call. When I contacted him he stated, “Oh yeah, I got a better offer from the Las Vegas Sands, so I took it.” Kid you not. Honor your commitments.

Fighting Over Nickels – If you have decided this is the job for you, don’t fight over nickels. Take the offer! Placed a candidate years ago that fought with the hiring company for three weeks to get…$5,000. When he was terminated two years later, I declined to represent him.

Pigs get fat; hogs get slaughtered. The Answer is YES! – There are several HUGE errors in judgment I see at offer time. First, candidates that use the offer to leverage their current employer. They accept verbally, and then renege to take a counteroffer. As discussed previously, worst career strategy ever. Second, candidates use the offer to leverage an offer from a second company, playing one off against another. Another bad strategy. There is a good chance you will get “middled” and end up unemployed. Don’t play games. If you are expecting multiple offers, bravo!

But be sure each hiring company is aware. Pick the job that is right for you, but don’t expect one company to hang around while you see if a better offer is coming. Third, if you say anything other than “YES” to a job offer, you have declined the offer and it is no longer valid. Just like buying a house. No one is opposed to negotiation, however you don’t want to appear greedy. If you don’t say YES, the company can withdraw the offer at any time.

No Sour Grapes – Never cry sour grapes if you don’t get the job offer. There are many valid reasons that you got passed over, but here are the two most common ones. First, there may have been a dozen highly qualified executives being interviewed, and one of them was more qualified than you. Second, possibly it was not a culture/chemistry fit. This is actually pretty common.

Could be you are highly qualified, but don’t interview well. Regardless of the reason, it does NOT make the hiring company a bad place to work, so don’t run around town badmouthing them. And it’s not the Recruiter’s fault, they got you the interview. Actually, it’s not anyone’s fault. If you don’t get the job offer, understand everything happens for a reason…and move on!