ECA WELCOMES NEW BOARD TO TAKE THE HELM 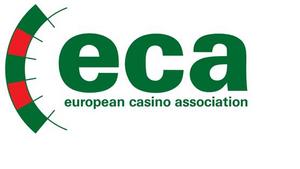 The ECA would like to congratulate and welcome the following Board members:-

Sweden’s Per Jaldung declared his appreciation for the trust the ECA membership has put in him to lead the Board in the next three years and iterated that “it will be a pleasure to work closely together with all ECA Members to ensure that the ECA is best geared to engage all the challenges and opportunities faced by the European casino industry.”

The ECA has also undergone some structural changes to optimise adaptation to these challenges and opportunities. In 2014, it was decided that the Board size would be
increased from 7 to 10. Similarly, the February 2015 GA also provided the platform for Amendments to the internal structure of the Board, introducing the new Vice President
positions for most ideal coordination and cooperation when engaging the respective areas.

The GA, held in parallel to the ICE Totally Gaming Conferences & Exhibition also marked the appointment of the ECA’s first ever Honorary President. Ron Goudsmit, one of the
founders of the ECA, and leaving Chairman declared his appreciation for all the support from all the colleagues and friends that have brought the ECA to where it is now. “I
especially want to thank Bruno Cagnon and Matthias Hein who, like me have decided not to candidate again, and who have in the years since the ECA’s foundation in 2005
ensured that it evolved into what it is today”. Addressing the whole membership of the GA, Goudsmit added “I have the utmost confidence that the new Board will maximise its
full potential to keep the ECA where it belongs; at the forefront of all discussions related to the European casino and the gambling industry.”