Last week, the London Poker Room situated in The Casino at The Empire played host to a series of successful winning hands as players received a record-breaking payout from the legendary Bad Beat Jackpot. 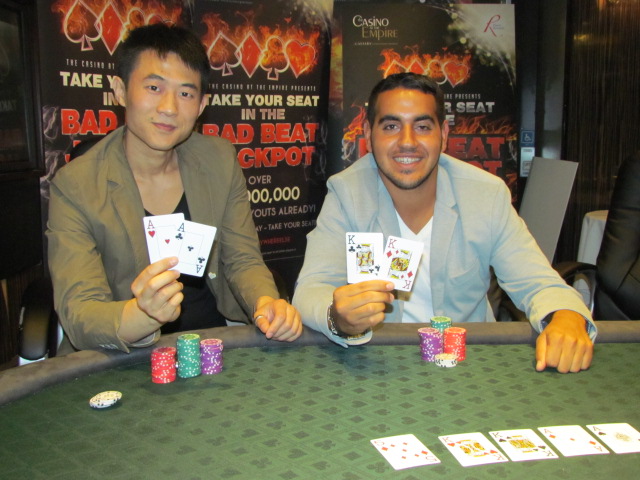 The Bad Beat Jackpot continues to prove to players that they don’t have to be a poker shark to win a generous cash prize, just an awesomehand that gets a Bad Beat! Since the launch in 2010, The Empire Poker Room has cheered on players with over a £1 million payout in the Bad Beat Jackpot.

Stephen Osborne, Marketing Manager said: “We are excited our Bad Beat Jackpot has given poker players a chain of payouts in two days. We will continue to maintain the best offering for our customers so they choose The Empire Poker Room as a cardroom destination of choice in London.”