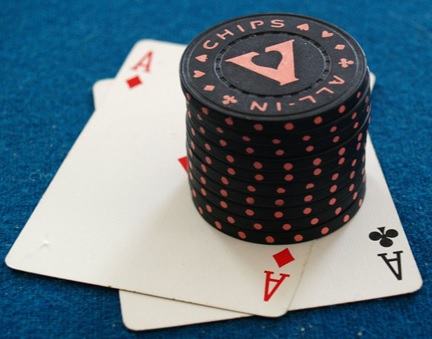 There is a saying that you don’t need more than five minutes to learn Texas Hold’em, but you need a lifetime to master it. This saying is very true. This game is the most popular card game in the universe and if you are new to card games, do not worry about its gameplay. Texas Hold’em is very simple and easy to learn.

Pot Limit Omaha is another variation of the poker games. It promises maximum entertainment and huge returns. High stake players and Europeans love this awesome poker variation because of its tons of thrills and action. When we talk about popularity, Pot Limit Omaha is second only to the No-Limit Hold’em. You will be provided with four-hole cards in PLO. The maximum bet you can place, or raise is equivalent to what you have in the pot.

This card game was once the most popular poker game in the United States of America. But in recent years, it has been surpassed in a huge way by far more exciting and faster variants such as the Pot Limit Omaha and the No-Limit Hold’em. However, if slower games with betting limits are your preferences, then you should try out the Seven Card Stud. It also rewards sound memory.

The rules for playing Razz are very similar to that of the Seven Card Stud. So if you know how to play the Seven Card ‘stud, then you will find it easier to play Razz. This is a lowball card game. In other words, the hand and the card rankings are placed upside down.

For players who are just learning to play the Hi Lo, you are in for a cool treat. This game splits the pot between the lowest hand and the highest hand.

Since you’ve tried out low hand games like the Omaha Hi Lo and Razz, it’s about time we introduce you to the best lowball game of poker. This limit game makes use of blinds, but there are no community cards. 2-7 Triple Draw is a very simple game, all you just need to know is the basic methods of playing it.

Can you remember your first game as a poker player? This question is not about the Texas Hold’em, it is about the Five Card Draw.

Chinese Poker is a very special entry to this list. If this is your first-time hearing about it and you haven’t played it before then it may take you some time to learn it. It is quite different from normal poker. However, it gives players so much entertainment that you will be happy playing it.

If you are a fan of the Non Hold’em games, then Horse will quickly endear itself to you. The name HORSE serves as an acronym for the 5 different poker variations contained in the game.

Royalbet.com has all the best variations of poker for you to play today!