Standing tall between the Las Vegas Strip and the city’s downtown casinos is The STRAT, an iconic gaming, shopping and dining resort formerly known as the Stratosphere.  Casino Life Magazine recently toured the remodeled property with Brian Stanton, the casino's VP of Table Games.

What led you to get into casinos & gaming?

Around the time I was about to take a semester off from school at the University of Wisconsin-Milwaukee, the Potawatomi Hotel & Casino in Milwaukee was opening. I had recently learned to deal cards from an Atlantic City dealer and was always drawn to the exciting casino environment. I loved the nuances of the business, the math behind it and the new situations coming up every day. I took the job as a dealer at Potawatomi. 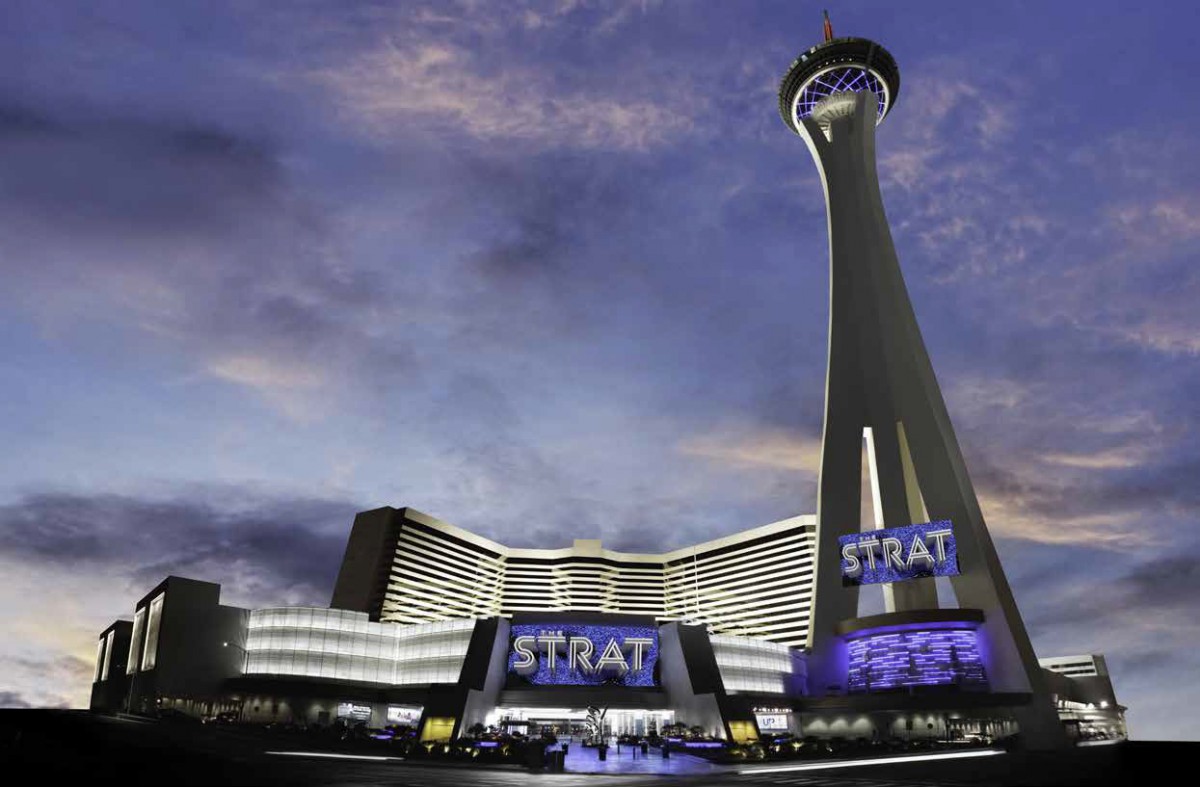 Where has your path taken you, and what led you to Las Vegas and subsequently to The STRAT?

After working in Tribal gaming in Milwaukee at Potawatomi,  I was promoted several times throughout my first 4 years with the casino. I was Potawatomi’s casino pit manager when an opportunity presented itself to move to St. Petersburg, Florida to open the Ocean Jewel, a casino ship which ended up going out of business in 2005 due to the impact of hurricane season including the impact of Hurricane Katrina. At the time, I was married, and we had one child with one on the way, so I needed benefits and headed to Las Vegas. I was lucky enough to know someone that got me an interview at Wynn Las Vegas. I spent three years at Wynn followed by six years at Encore in various management roles when I was offered the opportunity to take a promotion and open SLS Las Vegas as a casino manager. I worked with SLS for five years during an exciting time to be at the property. During my time at SLS, I worked with Chris Fiumara who then became the general manager of The STRAT. Mr. Fiumara offered me my current position at The STRAT in March 2019.

What is your position, and what responsibilities does it involve?

I am the Vice President of Table Games at The STRAT Hotel, Casino and SkyPod. My responsibilities include overseeing the table game department and operations, maximizing table games profitability, maintaining vendor relationships and ensuring the integrity and reputation of The STRAT. 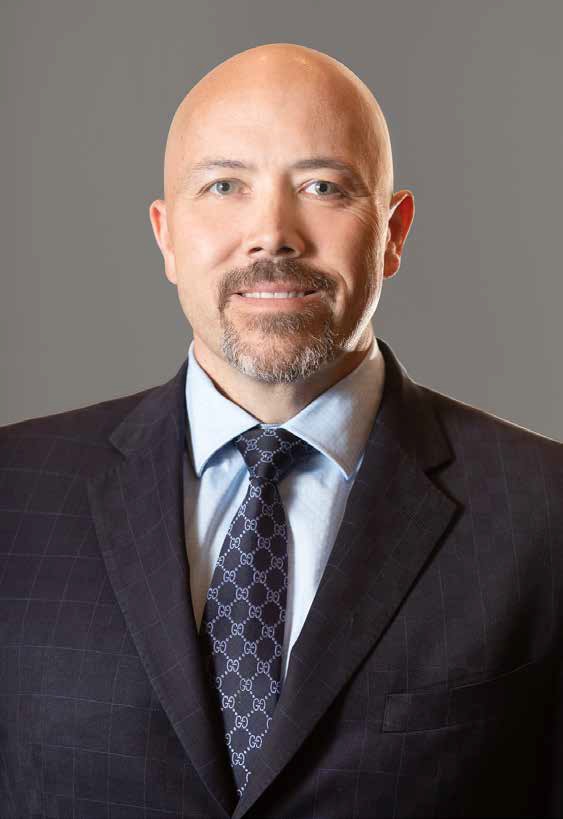 The Stratosphere has been an iconic fixture between The Strip and Downtown Vegas for many years.  Is there a reason for the recent change in name?

When Golden Entertainment, Inc. took over the property back in late 2017, they wanted to develop a new brand that speaks to the excitement of the grand transformation. Everything has or will be updated and we wanted the name to match the exciting change. 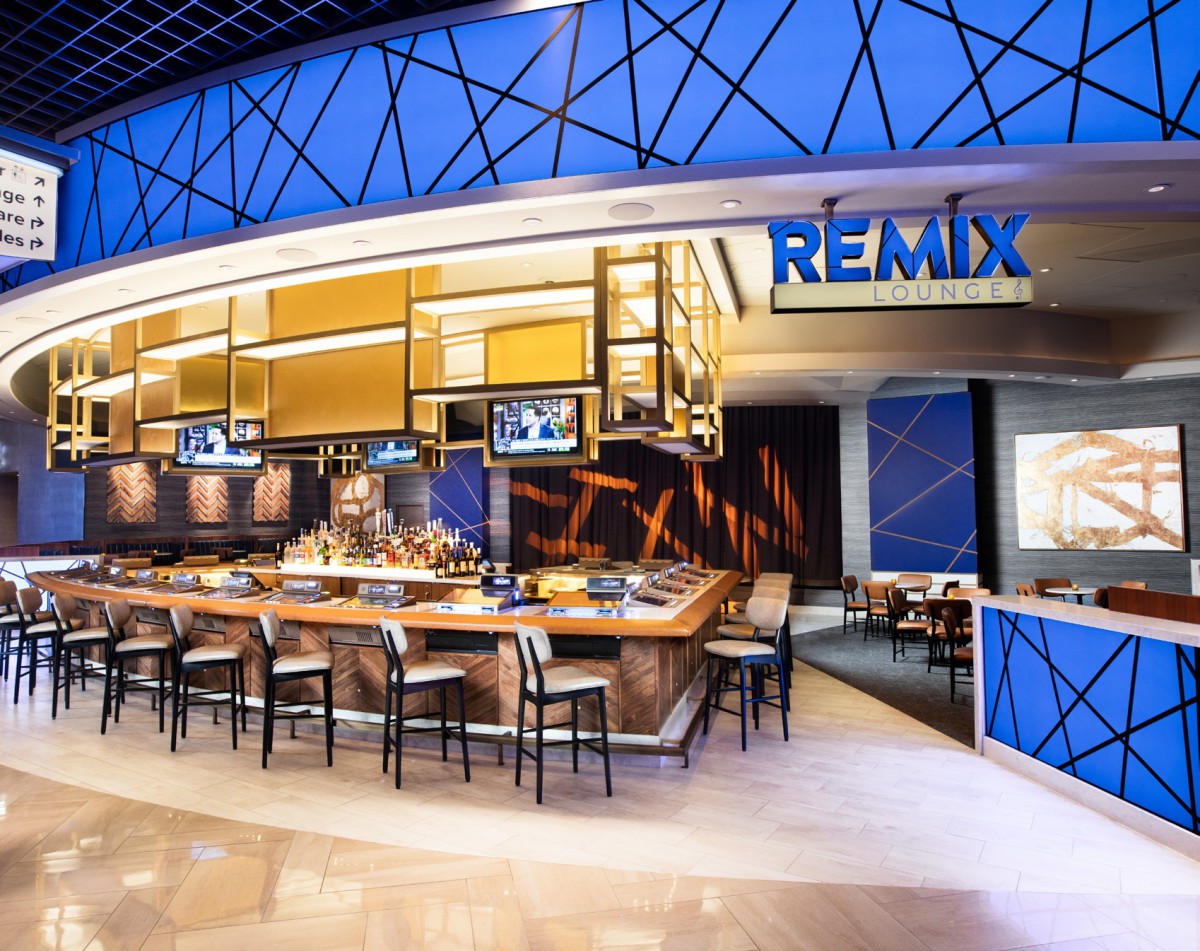 What are some of the significant changes in the property since Golden Entertainment, Inc. took ownership in late 2017?

In June 2018, The STRAT introduced a new Baccarat gaming pit with six tables, which was the start to new and innovative gaming at the property. As part of the renovation and rebrand, everything in table games, with the exception of our employees, is new. The additions include new tables, roulette wheels, chairs, chips, cards, dice and uniforms.

We have since then seen the opening of a new William Hill Sports Book located on the casino floor, Link Slot Lounge and other new table games and table felts. Rooms have been updated and The STRAT has also unveiled the “Elevate” room series. On the food and beverage side of things, new restaurants have opened including STRAT Café, 108 Eats by James Tres, 108 Drinks and a new menu and refresh at the award-winning Top of the World restaurant. 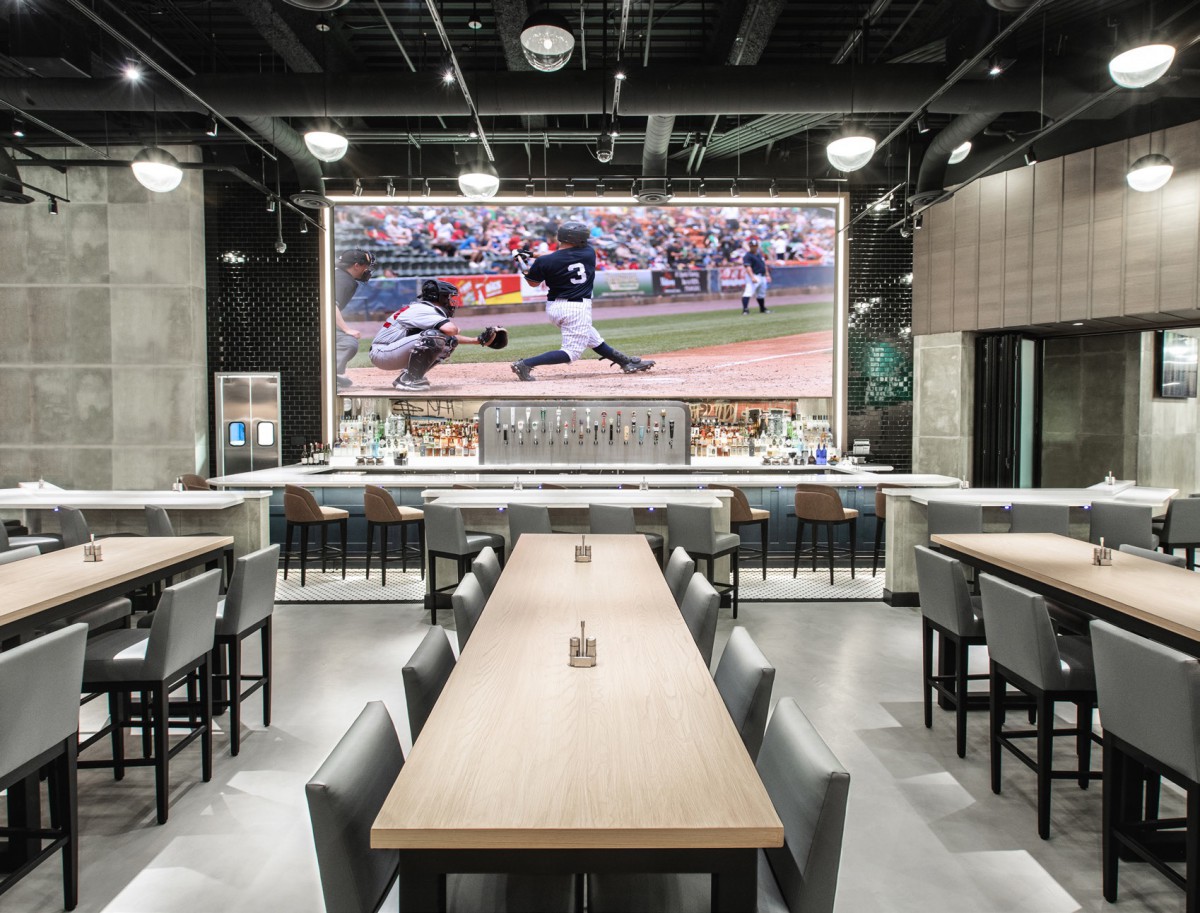 Does The STRAT face unique challenges based on its location, and how will they be addressed?

The STRAT is located in a great spot on the north side of the strip. We like to think of ourselves as the gateway to the Arts District. With the opening on Resorts World and having SAHARA back, it couldn’t be a more exciting time for the location to become a destination. The amount of foot traffic generated by the iconic tower is a huge opportunity for table games. We have millions of people coming on property and it gives us the opportunity to show them how much fun table games can be.

What is the physical size of the casino, and what is the mix of table games and slot machines? 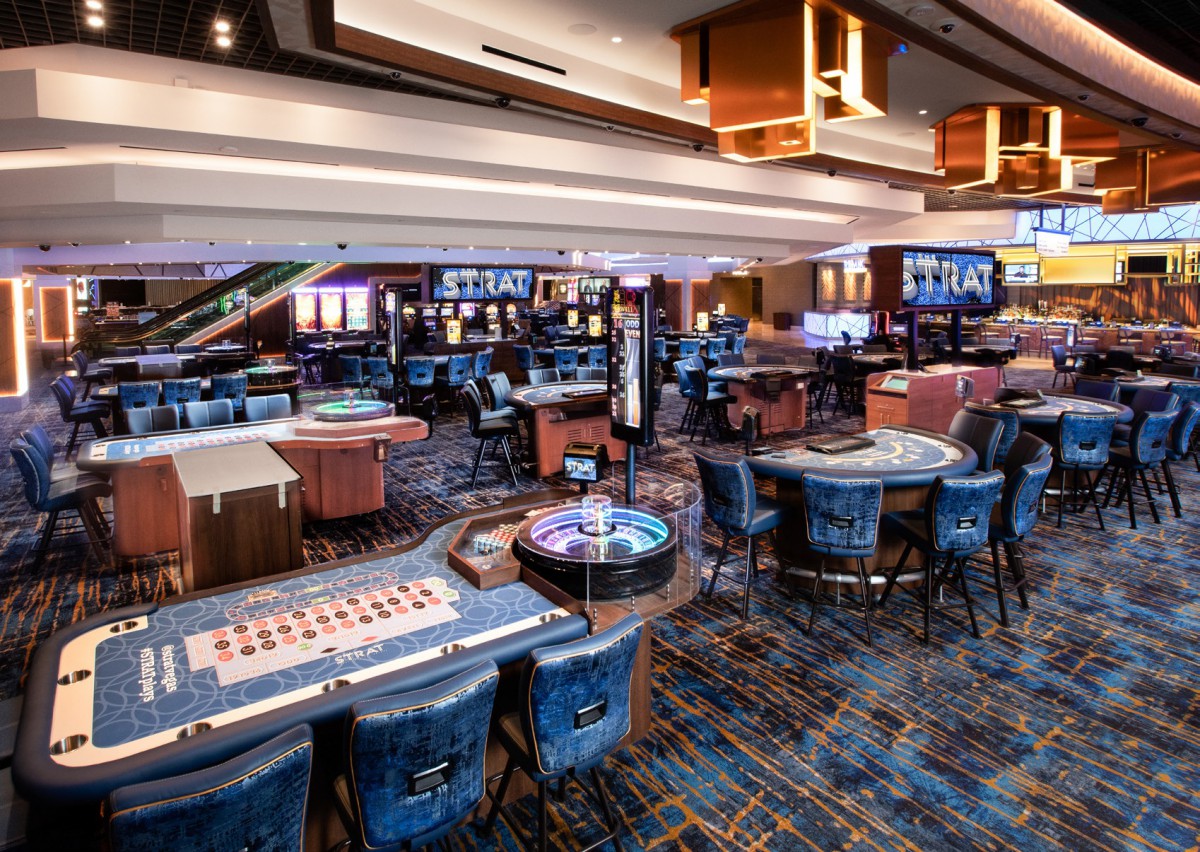 Most guests are loyal to a certain game. Blackjack and Baccarat are the most popular, followed by Craps and Roulette.

Are the guests predominantly locals or is there a sizable draw from outside the community?

Most of our guests at The STRAT are tourists—however, with recent additions like our True Rewards gaming card, we are starting to see more locals come in. There has been a great, positive buzz surrounding The STRAT rebrand and it is drawing the locals. 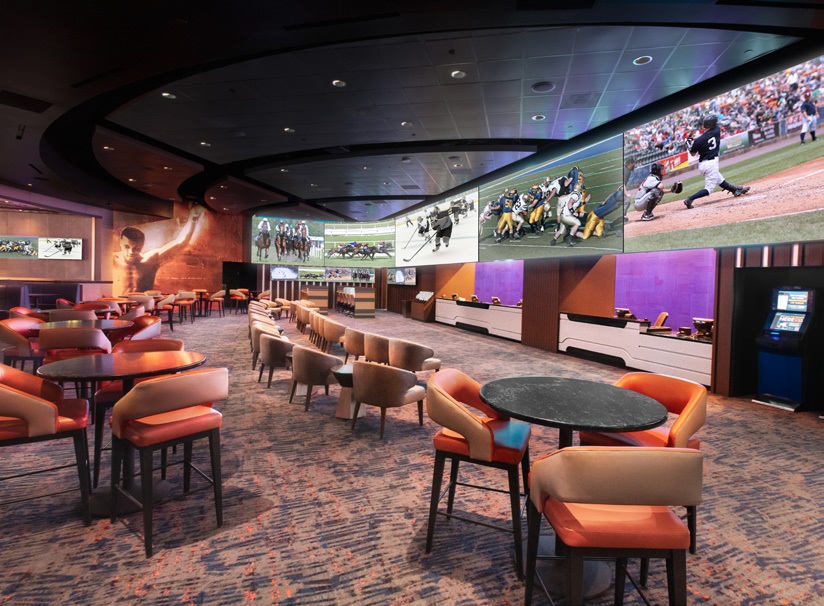 Are tournaments a draw at The STRAT, and what are some of the more popular tournaments?

Historically, there were not many table game tournaments hosted at The STRAT.  We are increasing those offerings significantly in 2020 and will be throwing multiple Baccarat and Blackjack tournaments throughout the year. There will even be a Craps tournament.

How is Aristocrat integrated into the casino?

Link™ Slot Lounge was part of our first phase of the casino remodel and it includes 44 different games from Aristocrat’s popular Link series. We also have Aristocrat gaming located in our new REMIX Lounge with bar top games.

Is The STRAT active in promoting responsible gaming?

Are non-gaming activities a draw to the property?

Yes! We are the tallest freestanding tower in the United States, that in itself draws customers to the property. Our thrill rides including SkyJump Powered by MTN DEW, Big Shot, Insanity and X-Scream are attractions that draws in huge crowds. SkyJump Powered by MTN DEW is an 855-feet open-air leap above the neon Strip, holding a Guinness World Record as the highest commercial decelerator descent facility. The Observation Deck, located on the 108th floor of the tower, is also a great attraction, which show cases 360-degree views of Las Vegas and offers elevated drinks and bites at 108 Eats by James Trees and 108 Drinks. Another huge attraction to The STRAT is the award-winning Top of the World Restaurant. The restaurant revolves 360 degrees every 80 minutes and showcases panoramic views of the city. 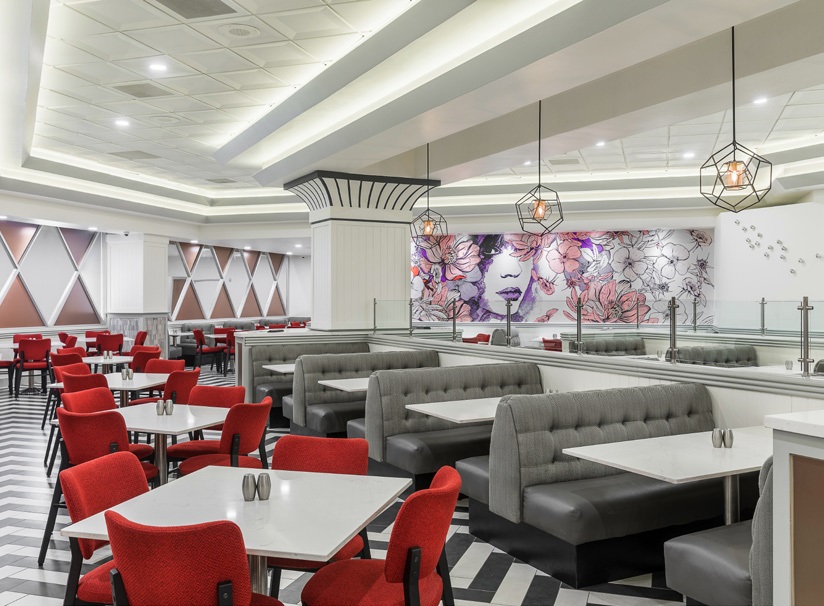 What role does The STRAT play in the community?

We want to be a leader in the community. The STRAT loves to get involved in as many ways as possible throughout the year, including participating in a yearly can food drive and school supply drive for Sunrise Acres Elementary School. The Table Games department has really embraced these community efforts.

Some say a director’s desk can convey a lot about their management style.  For some, it's organized chaos.  What’s on your desk, and what will it say about your management?

I make a conscious effort to have everything digital because I lean towards organized chaos. I have a great team that is really organized, making my desk relatively clutter free.

Casino Life Magazine thanks Brian Stanton for the tour of the iconic property and for the conversation. 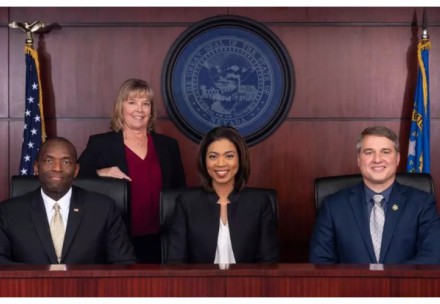 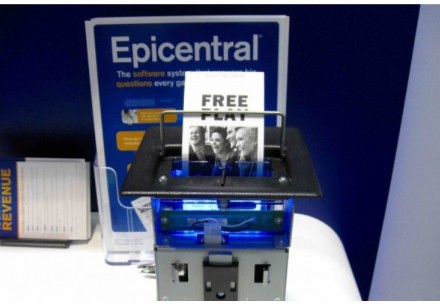 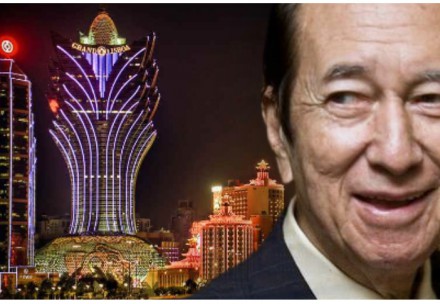