The Sky is the limit

Back in 2008 something novel happened in our industry, which for most went unnoticed. This historical occurrence was a little mile-stone in the CCTV industry: the SkyCity Casino in Darwin changed its old analogue 350+ camera system, based on the famous Maxpro MAX-1000 analogue matrix, to a digital system. This wasn’t just a normal change; it was special because it was the first switchover from analogue matrix to digital network system without any downtime. 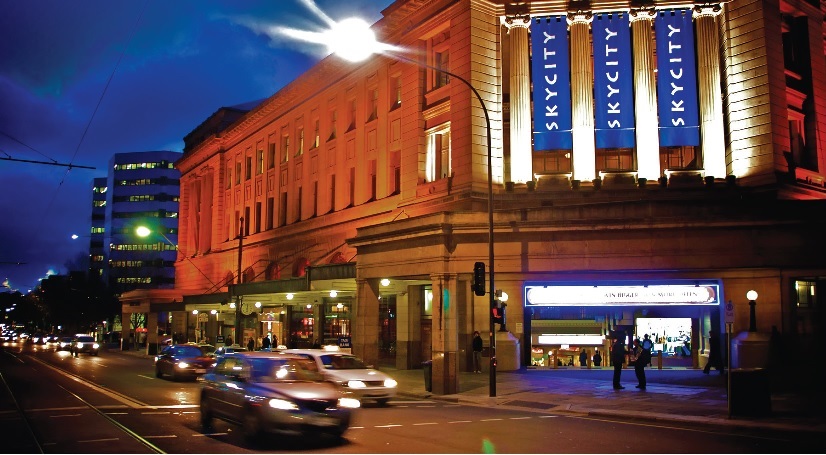 As most people would know, casinos are not allowed to operate without a surveillance system, by law. Hence, shutting down an analogue system and putting a digital in, whenever convenient to the installer, was not an option. SkyCity Casino requested switching from analogue to digital without any downtime. The existing system had to remain in place and operate until the new one was installed, using the same cameras.

This was a real challenge. The only way this could have been done was to have the old analogue system running in parallel with the new digital system being put in place. This required some good installation practices and project management skills.

Each shift of operators was carefully trained on how the new digital system worked while remaining shifts did their normal duty with the old system. One of the advantages of going digital is that you can run a control room anywhere there is a network connection: simply just one Gigabit cable is sufficient, instead of hundreds of coaxial cables. Darwin’s SkyCity Casino operator’s kitchen area was converted into a temporary digital training room. Once all of the operators were proficient and comfortable in using the new system, it was decided to make the switch. It all happened one fine morning in 2008, at around 4am, when there were the least number of visitors to the casino. The good old analogue Maxpro MAX-1000, after so many years of dutiful service, was turned off and the new Dallmeier based digital system engaged. Simply and quietly, with the flick of a switch, and without anybody noticing on the gaming floor – history was made: a casino analogue matrix system was replaced with a digital network one.

THE BEST IN THE INDUSTRY

The company that organized all this was C.R.Kennedy, the Australian and New Zealand exclusive distributor of the high quality German brand Dallmeier, which is, without any doubt, one of the biggest names in the casino surveillance industry.

To date, Dallmeier International Ltd, through its joint venture with C.R.Kennedy, have commissioned over 20,000 camera systems running over IP networks in more than a dozen casinos in Macao, Singapore, the Philippines and South-East Asia. These casinos are some of the largest in the world -- like the Venetian and City Of Dreams -- with over 5,000 cameras each and well over 5 PB (1 Peta Byte = 1,000 TB) of storage, all running smoothly with multiple operators and the multi-redundant Dallmeier SeMSy management system. There are no analogue matrix switchers in these systems – all happens over IP networks. With nearly twenty years of experience, Dallmeier has been a pioneer in casino digital surveillance systems, commencing with Melbourne’s Crown Casino in 1996.

The digital revolution is inevitable, with old analogue systems sooner or later having to be converted to digital. Existing casinos have either switched or are planning to switch to the IP based network matrix switching. Not only the analogue matrix is removed from the core of the system, but also analogue cameras are gradually replaced with HD IP cameras. All this change needs to be seamless.

Having a first-rate experience with Darwin’s switch to digital, it is no wonder that the whole SkyCity group have chosen the proven system by Dallmeier.

Mr. Bill Bonar, General Manager of Corporate Asset Protection & Surveillance for SkyCity Entertainment Group has the following to say about their choice of Dallmeier…

“There are thousands of CCTV exponents in the world today, however, Dallmeier and C.R.Kennedy have delivered outstanding support and service to my operations. Providing a product tailored to our unique environments involving thousands of cameras, innovative recording solutions, video analytics and end user simplicity – for me Dallmeier, supported by C.R.Kennedy, provide excellent turn-key solutions with ongoing support and service.”

Dallmeier systems are guaranteed to run with exceptionally high up-time due to their careful redundant design. The hard disk redundancy is only one of the many redundant components. In a Dallmeier casino system, each recorder has a redundant power supply as well. Each power supply rail runs on a separate phase of a redundant UPS. Each SeMSy server has its own stand-by server and each network switch has a redundant path through redundant core switches.

Being able to guarantee the surveillance system continuous operation is what casinos are after. This is what Dallmeier systems deliver and this is why they are considered the best in the field.

The SkyCity Casino in Auckland, with over 3,000 cameras, is the largest casino in New Zealand and a most recognised landmark. Visitors to Auckland would know the SkyCity tower and the wonderful SkyCity restaurants and hotels around the casino, with their splendid conference rooms and exhibition venues. For many visitors the casino experience just adds to the overall superb service one may experience when visiting New Zealand.

There are two smaller casinos within the SkyCity group in the picturesque town of Queenstown on the southern island, and one in Hamilton on the north island, just south of Auckland. All three casinos have chosen to go with Dallmeier SeMSy. Interestingly –

a new innovation in the casino industry – all three casinos can be supported remotely from either Auckland or, in Queenstown, from one site to the other (supporting each other as a hot-standby).

The SkyCity casinos in New Zealand have also implemented numerous Dallmeier High Level Interfaces (HLIs) needed in the gaming industry. One of Dallmeier’s strong points in casino surveillance systems is their HLIs to various systems. For example, these HLIs connect the surveillance system to the AngelEye playing card monitoring system, improving control over the purity of each game, and minimizing casino losses due to scams. Each deck of cards is noted and counted individually, allowing the casino to overview all games and their outcomes.

Furthermore, there are HLIs to the Point Of Sales (POS) Micros system, Bally’s Gaming Machines, Cardax access control and similar. All such interfaces have been integrated very securely into Dallmeier’s SeMSy so that anything can be searched for at any time, even intelligent game analysis can be added if requested by the casino.

NOT ONLY IP VIDEO

Dallmeier casino surveillance systems are not only digital large scale IP systems but also become profit management tools, game video analysis tools, inventory tracking tools, people traffic analysis tools and building management tools, all in one. When more is needed, it is easily added to the Dallmeier SeMSy by way of using standard interface protocols, such as OPC or ONVIF.

The innovative ideas of the SkyCity management have initiated the development of an RFID card tracking system, which will integrate with Dallmeier SeMSy. This tracking system is an Australian development by Vision Technology Systems and will be implemented this year.

SkyCity Darwin was converted to Dallmeier, as outlined above, about seven years ago. Since then, this casino’s usage has grown to 525 cameras of which around 166 are HD IP. They have also added the AngelEye card tracking system, as well as interfaced to the Micros POS system.

Adelaide SkyCity followed suit in 2012 when it started slowly introducing Dallmeier recorders and IP cameras, while keeping the existing analogue as long as needed.

SkyCity Adelaide is an old casino, located in the top three floors of the historic Adelaide Central Railway Station. SkyCity Adelaide previously had the old famous Maxpro analogue system that was taken over by Honeywell, but it was only a question of time when the support for the analogue system would cease, so that in 2012 they also decided to follow suit and slowly convert to digital. The Adelaide SkyCity Casino now has close to 1,000 cameras, of which over 80% are 1080 HD IP cameras.

Mr. Geoff Stow, Surveillance Engineer at SkyCity Adelaide has the following to say about their crossover to IP with Dallmeier…

“I was very pleased with the professional approach taken with regard to the replacement of the previous recording system. We were able to maintain a fully operational Surveillance system during all parts of the change over without the loss of any major camera coverage. A decision was made to provide improved camera coverage throughout the Adelaide SkyCity Casino in conjunction with the building upgrades. As a result, new HD IP cameras were installed and we now have approximately 80% HD IP cameras operational, all of which are fully recorded on the Dallmeier recording system and available to all operators.”

C.R.Kennedy has some very experienced technical people in all its offices throughout Australia and New Zealand. A number of them were involved in many of these projects, most notable of which were David Payne from the Sydney office, Trevor Joseph and Steve Maynard from the Queensland office, Nadir Sahiner and Paul Cafeo from the Melbourne office, and Amir Pirani from the Auckland office.

Dallmeier’s continued assistance and support from Regensburg in Germany has been invaluable in providing the final touches with high-end technical commissioning. Continuous improvement of the SeMSy, cameras and recorders, as well as the ability to interface to third party systems – including ONVIF cameras – is an important part of the big picture Dallmeier paints in their business strategy.

Since the early days of SeMSy version 1, in Sands casino Macao in 2002, SeMsy has evolved into its third generation, with so much functionality that a casino operator will not find anything a casino requires not covered. Yet, the new SeMSy v.4, is just around the corner, pushing further boundaries in user friendliness and functionality, and I am sure it will lift some eyebrows.

As their logo states, Dallmeier ensures that their customers will… ‘see more’ than others and from novel events in 2008 to today’s requirements, they continue to do so. 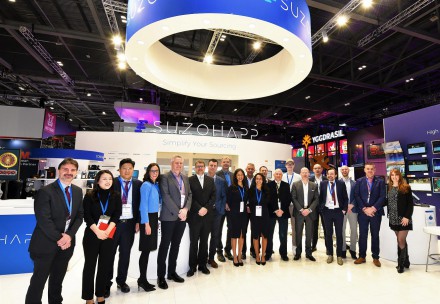