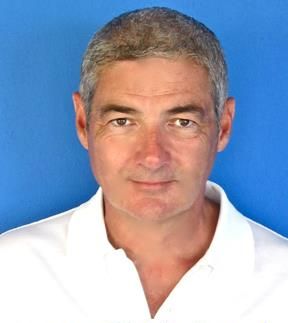 Chris Moore looks back at being a Lumpy

The job had been advertised in the Evening Standard newspaper. The interview had hinged on only two questions; did I have a criminal record and could I play football? A no and yes secured me a position as an unpaid trainee croupier at Charlie Chesters. I made my debut three weeks later on a freezing December night in 1973 on a weekly wage of twenty-two pounds fifty pence.

Charlie Chesters, named after a once famous comedian, was located in Archer Street, in the black heart of London’s Soho.  Chesters, as it was known, was actually made up of two casinos positioned on opposite sides of the street, The Horseshoe casino on one side and Charlie Chesters on the other. The rest of the short, uninviting street was populated with strip clubs and porn shops.  Both of the casinos had expansive basements and ground floors filled with gaming tables. The upper floors were training rooms, staff areas and offices. The operation was targeted squarely at the bottom of the market. As was often the case in the seventies, the staff was all male. 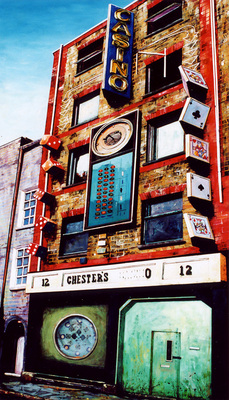 My debut was a memorable ordeal. All trainee dealers at Chesters were referred to as “Lumpies”. The Lumpy Blackjack Pit was where we all lost our gaming virginity. It was usually crowded with dodgy punters keen to take advantage of the inevitable mistakes made by the nervous debutants. The inspectors in the Lumpy Pits were the only ones allowed to smoke whilst working. It was easy to see why as they leapt from table to table putting out fires, trying to limit the damage. I realized years later that the Lumpy Pit was actually a brilliant concept. The baptism of fire on a 10p table was in fact the most effective and least costly way to transform a Lumpy into a proficient dealer in the shortest space of time.

I have remained convinced over the years that Chesters was one of the most efficient, and cost effective casino operations I have encountered. The core success of the business was built on its ability to recruit and train dealers at minimal cost and thus deliver a massively successful low-end, high volume business. About half of the trainees stayed and completed their apprenticeship, moving from Lumpy to Inspector in around eighteen months. The other half left early to take advantage of the much higher wages offered in the upmarket clubs in Mayfair, or to travel abroad to exotic destinations such as Persia or the Bahamas. For many years Chesters was effectively an incubation chamber for the London gaming industry, creating quality dealers at no cost to the end users.

Chesters was a commercial enterprise on every level. Our uniform of black shoes, trousers, white shirt and black bow tie was purchased at our own cost. The staff canteen above The Horseshoe casino was open from noon till midnight, but we paid for everything, including tea and coffee. Pay rises came periodically as you worked your way through the system. You learned to deal Blackjack, Roulette and Craps whilst working your way up through the pits. The lowest entry point was dealing Blackjack in the Lumpy pit at The Horseshoe, the ultimate summit was dealing craps at Charlie Chesters. The journey resulted in the doubling of your meager wages.

My first actual payday was a memorable one. A new friend suggested that I join him on a trip to the Victoria Sporting Club. When I informed him that I had been told we were not allowed to frequent other casinos, he just laughed. I got his point when we walked into the Vic and I spotted dozens of Chesters’ staff members and management dotted around the huge casino floor.  I remember being amazed at the speed and aggression of the female Blackjack dealers as I sat down and bought in. I quickly got totally engrossed in the game and turned my bankroll of less than £20 into £130 and then back to zero. My friend, who had also lost all his wages, and I left the casino less than an hour after we had arrived. Fortunately for him he lived half a mile away. It took me three hours to walk home across London in the freezing rain. Although the night had a number of negative repercussions, it did have one lasting, positive effect. It created in me an affinity with casino players that has lasted till this day. I gained an insight that night as to why casino players gamble. I sampled for the first, but certainly not the last time, the emotional highs and lows that accompany winning and losing at a gaming table.

On Saturday nights after Chesters closed at 3am most of us would gather in the staff changing room. We would dress in round-collared shirts, hipster trousers, with wide white belts and velvet jackets.  We dowsed ourselves in Brut and Aqua di Selva, piled into taxis and headed off together to ‘The Place’ in the Kings Road. The entry cost of £2 included all you could drink for the three hours that the club was open. The large darkened room would be crowded with casino workers from clubs all over London. I remember my first spellbinding sight of a dozen bunny girls grouped together at the bar, looking totally unapproachable. One of them with bright blond hair and a toothy grin suddenly caught my eye then marched straight toward me. As she got within a few feet I heard her shout above the music in a drunken, cockney accent “Fu….. me its Chris Moore”.  As the magical Bunny bubble burst, I realized that she and I had attended the same school five years before.  The last time I had seen her she had been showing off her stocking tops at a bus stop in Burnt Oak. Not much had changed.

There was a slightly dangerous side to working in Soho in those days. The casino attracted thousands of passers-by, many much the worse for drink. Most could not comprehend or accept the 48-hour entry rule. Heated arguments would often ensue as immediate entry was refused. On the nights when England played Scotland at Wembley it seemed that the drunkest and most violent of the supporters found their way to the door of Charlie Chesters. The staffs break room and canteen was above The Horseshoe casino, so if we were working at Chesters we had to make our way across the street to take our hourly 20 minute break. I can remember standing in the reception of Charlie Chesters for 20 minutes smoking cigarettes and watching the violence in the street unfold, rather than run the gauntlet and try and cross the street. Chesters’ doormen were definitely of a different breed in those days. I vividly remember one of the crew being a small, overweight red-faced man in his early forties. He was known as Mick the Hammer, a nickname reputedly acquired from his earlier days as a member of the Kray gang. However, whilst the pedigree of the Chesters’ doormen was undoubtedly dubious, they teamed together perfectly to create a hermetic seal from the violent undercurrent that ran through Soho in those days. 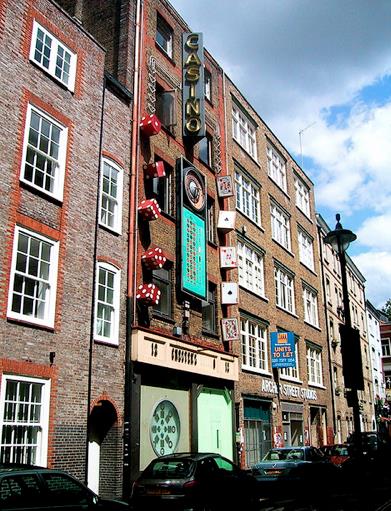 Charlie Chesters was a marker in time for anyone that worked there. It was our entry point to the casino world and our first taste of what casinos were really about. We gained an insight into the best and the worst of what was to come in a casino career that might last for decades. We made friends easily and tracked each other’s careers as we all went off in different directions. We reencountered old Chesters’ friends throughout our careers in London and far off places. There was a pervasive team spirit that ran through the heart of Chesters. Once you had made it through the Lumpy phase you became part of a team ethos that lasted long into the future.

I never met anyone that trained at Chesters that was not proud of the fact or unhappy with the experience.

I did not complete my full apprenticeship at Chesters. Before the year was up, I was offered a job with Crockfords on more than double what I was earning.  As I began work at the original Crockfords around the corner from Pall Mall, I recall feeling totally out of place amid the lavish décor and hushed atmosphere. I missed the noisy, low-end action, my new friends, the underlying team spirit and the throwaway humour that had always been at the heart of Charlie Chesters.