The land of the rising sun has definitely been taking its time when it comes to implementation of integrated resorts (IR). The long and arduous procedure has reached the very important stage in which local municipal governments select their IR operators through a public tender. The three of the four candidate locations, Osaka, Yokohama and Nagasaki are expected to select their respective IR operating partner between June and October. The fourth candidate site, Wakayama, decided to move forward with the Clairvest consortium in early June.

One of the biggest updates to the Japan IR-development procedure was the release of the gaming regulation drafts by the Japan Casino Regulatory Commission on April 2nd, 2021, which focused on licensing requirements and the types of games to be allowed on the casino floors. In terms of licensing, much was borrowed from the requirements for gaming operators in Nevada. As for the games to be played, a run of the mill set of games and their variants that are typical in the Asian market was listed, including baccarat, blackjack, poker, roulette, sic bo, craps, casino war, money wheel, pai gow and electronic gaming machines including electronic table games. However, it is the licensing requirements, not the games, that have caused a bit of stir in the country. The sheer amount of background information required to be submitted goes above and beyond what any normal Japanese company would have expected. This is of course no surprise to those in the gaming industry, as we know that markets such as Nevada and New Jersey have set extremely high standards in terms of background and suitability reviews. So while Japan’s goal of being the most highly regulated gaming market in the world is still a long ways away, the regulation draft has achieved an important step in clarifying that this will be one of, if not the most, highly regulated industries in Japan. 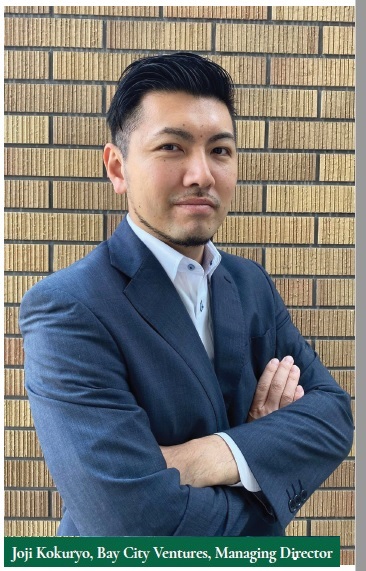 Moving our focus to the actual candidate sites, there has been as much excitement as can be had while nothing is actually happening. To put that strange phrase into perspective, we can use the site most familiar to those outside of Japan, Osaka, as our example. Osaka’s “public tender” for their IR operator has been ongoing for over a year now, with the much-publicized Orix/MGM Resorts bid being the only candidate. Much of the continuous delay has to do with the spread of Covid-19, as Osaka is one the hardest hit areas in the country for positive Covid cases. The area has also had to face the economic and social effects of business and school closures and restrictions.

The Osaka story took a peculiar turn this February when the prefectural government revised its IR development requirements and re-opened the door for additional bids. The time frame for new submissions was only a month and a half, and although the re-opening was likely communicated to other potential operators beforehand, the March deadline passed with no new bidders and no overhaul to the current bidding consortium. What this process did achieve however, was the watering down of requirements such as allowing for exhibition facilities to be opened in phases and setting the accommodation standards to the minimum level required by the national government. This is a far cry from requirements that once caused major gaming operators to give up an IR push in Osaka, including $182 million solely for railway extensions. For comparison, Nagasaki’s requirement of at least $128 million for local development includes all of transportation infrastructure, MICE and inbound-tourism promotion and gambling-addiction measures. Of course, the situation is comparing apples and oranges, as Osaka is a major market but also continues to have very little leverage with only one bidder in the competition. The submission deadline to the national government is looming, so Osaka and Orix/MGM best get their agreement in place this summer, although the advantage of having only one bidder is that the expectations for the creation of the joint development plan should be smooth once it starts rolling.

Osaka’s Kansai region neighbor to the south, Wakayama, has for better or worse been ahead of the pack when it comes to progress. The early start to the public tender left them with few options, as it was in the midst of the first worldwide Covid wave last spring. Only two applications were made, one by Macau junket and Hoiana Resort operator Suncity Group, and the other by Canadian equity firm Clairvest, the latter of which at the time certainly had not lined up their partners for a bid. Suncity eventually dropped their bid, citing Covid-19 as the main reason, although the timing after the release of the licensing framework leaves much to speculate upon. Nevertheless, Wakayama settled on Clairvest and their unproven newfound partners on June 1st.

Yokohama, a major city just south of Tokyo has also had quite the rocky road. While it is confirmed that Genting and Melco Resorts are the two final candidates for their IR operator, nobody can know for sure if the city will actually continue with their IR pursuit after the mayoral election this August. The heavy-hitting political parties have yet to put up their candidates and even incumbent Fumiko Hayashi, whose IR push has been extremely unpopular with local citizens, has yet to declare if she will run for reelection as of this writing. If the result of the election is a pro-IR mayor, we will see one of these two major operators lined up to partner with the city. On the contrary, in the case an anti-IR mayor is elected, then we can most likely kiss the Yokohama IR prospects goodbye for this first round. Only time will tell for this major IR market.

This brings us finally to Nagasaki Prefecture from the island of Kyushu, which seems to be making all the right moves to make up for its lack of name value and firepower. The prefecture has brought on the powerful support of their Kyushu neighbors such as Fukuoka in the form of support from the Kyushu Governors’ Association and the Kyushu Economic Federation. This led to the formation of the Kyushu IR Council this April, a business-oriented group that aims to help unite the region’s businesses in development centered around an IR.

The prefecture’s IR operator selection has been narrowed down to Oshidori with Mohegan as their gaming operator representative, Casinos Austria, and NIKI/Parkview which has strong ties to a major Asian gaming operator. A very interesting set of candidates, the prefecture actually cut down its original candidate list of five to three in a first-round of applications. One would assume that for a regional market such as Nagasaki, where development costs can easily be less than half of the $10 billion range thrown around for a metropolitan site, gaming operators would be attracted to the regional proximity to eastern Asia and abundance of tourism resources in the region. Add a very transparent and active media push and what resulted was the only IR operator tender in Japan to clearly have real competition. Of course, none of the bigger operators are directly involved, but that has mostly to with business and market scale more than viability of the market. The prefecture is set to decide on its operator before the end of summer, and while the candidates do leave much to be desired, there is hope that better prefectural management and an effective competitive dialogue will lead to a quality IR development plan to be submitted for national approval.

Last but not least, there are two big elephants still hanging around in the room. One is named Tokyo, but at this time it seems almost impossible for the metropolis to officially move forward with an IR pursuit before the Summer Olympics fiasco has been completed one way or another. By then, it will for sure be too late to meet the national submission deadline. On that topic, the second elephant in the room is the possibility of another national timeline delay. It is still very premature to expect any more changes to national timeline, one which was already pushed back nine months due to the effects of Covid on operators and the candidate municipalities. The deadline for IR development submissions is still the end of April 2022, and with more pressing matters regarding economic downturn, Covid vaccination, and the aforementioned Olympic and Paralympic Games, deliberation on the IR topic would hopefully be put on the backburner when more pressing needs are at hand.

Joji is a Japanese national who grew up in Los Angeles, California, and currently resides in Yokohama, Japan. He was previously based in Macau, Manila and Hong Kong. He has senior management experience in the land-based gaming industry, most notably in roles as the head of Asian and European business operations, and regulatory compliance for gaming manufacturer Aruze Gaming, playing a big part in the second wave of electronic table game expansion in the Asian market. He is also a founding board member and technical advisor for the International Gaming Standards Association Japan, the second Asian branch of the international entity headquartered in the United States. A sports fanatic, there is no sport he can not have deep discussions on, except for cricket.