The Hippodrome Casino has just announced it is working with Hollywood A-Lister Channing Tatum to bring his Vegas show Magic Mike Live to the London venue. We spoke to Hippodrome CEO Simon Thomas about his ambitions for the production which has taken £5m in advance ticket sales in its first week.

What is Magic Mike Live?

In one word: Amazing! Magic Mike Live was conceived and co-directed by the Hollywood actor Channing Tatum. The original production opened to rave reviews in March 2017 at the Hard Rock Hotel and Casino in Las Vegas. It is a large-scale, live production based on the hit films Magic Mike and Magic Mike XXL.

At The Hippodrome, the audience will enter through a dedicated entrance on Cranbourn Street and go straight into a refurbished and newly-themed bar and lounge on the first floor. From there they will be invited to enter Magic Mike’s mythical Club ‘Domina’ where a group of predominantly male artists will perform a 360-degree dance and acrobatic spectacular including dance routines intertwined with one-of-a-kind acts 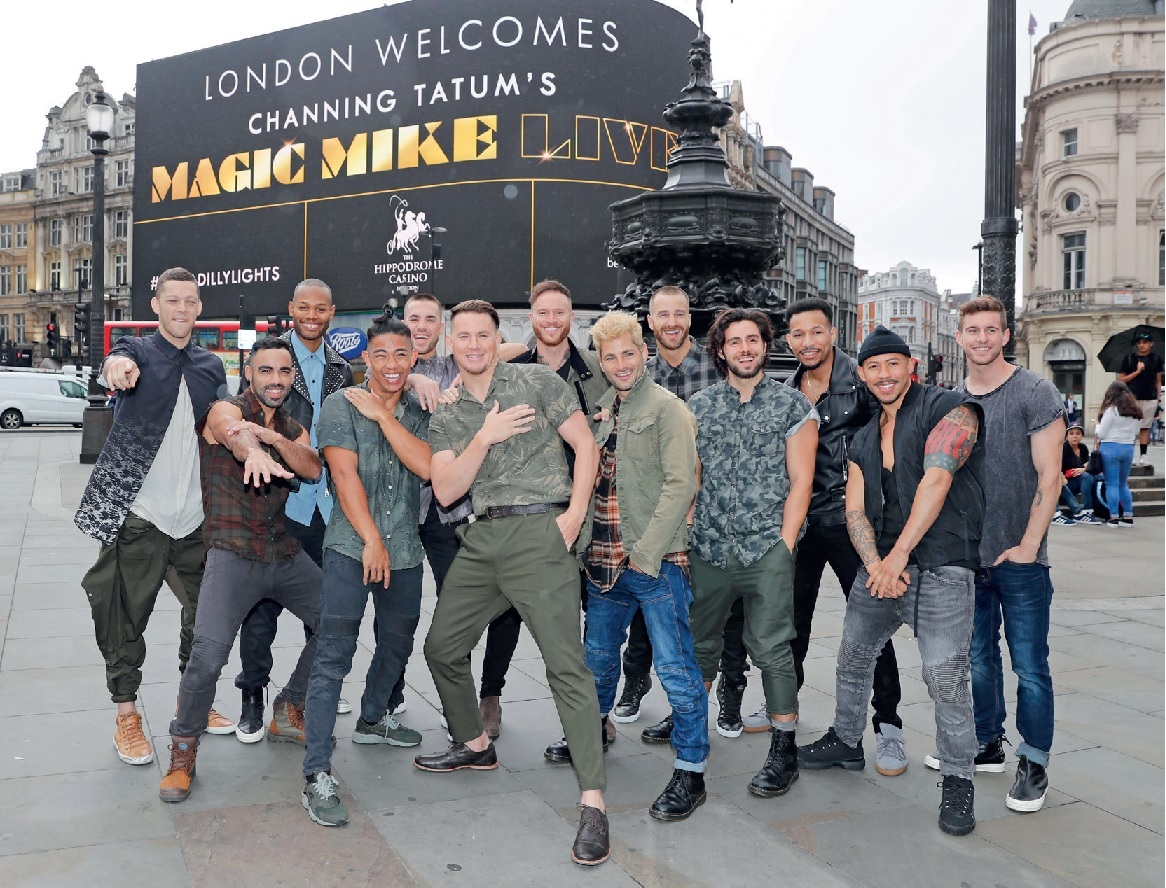 When does Magic Mike Live come to The Hippodrome?

The show was launched on the live grand final of Britain’s Got Talent on Sunday June 3. The dancers performed first and then Channing Tatum announced he was bringing Magic Mike Live to The Hippodrome Casino. We followed that with a photocall in Piccadilly Circus where the brilliant team at Landsec changed the iconic light display to read ‘London welcomes Channing Tatum’s Magic Mike Live’. We couldn’t think of a more high profile way to mark the event. It was a publicity coup and a definite first for The Hippodrome.

The show will preview at The Hippodrome from Saturday, November 10, 2018. There will be 10 performances a week (Tuesday to Sunday. Ticket prices range from £29 to £125, with optional add-ons of a VIP meet and greet (£40pp extra) and a ‘Little Black Box’ gift plus complimentary programme (£30pp extra). Meal and a show packages will also be available, with dinner at Heliot Steak House adjacent on the first floor of The Hippodrome. 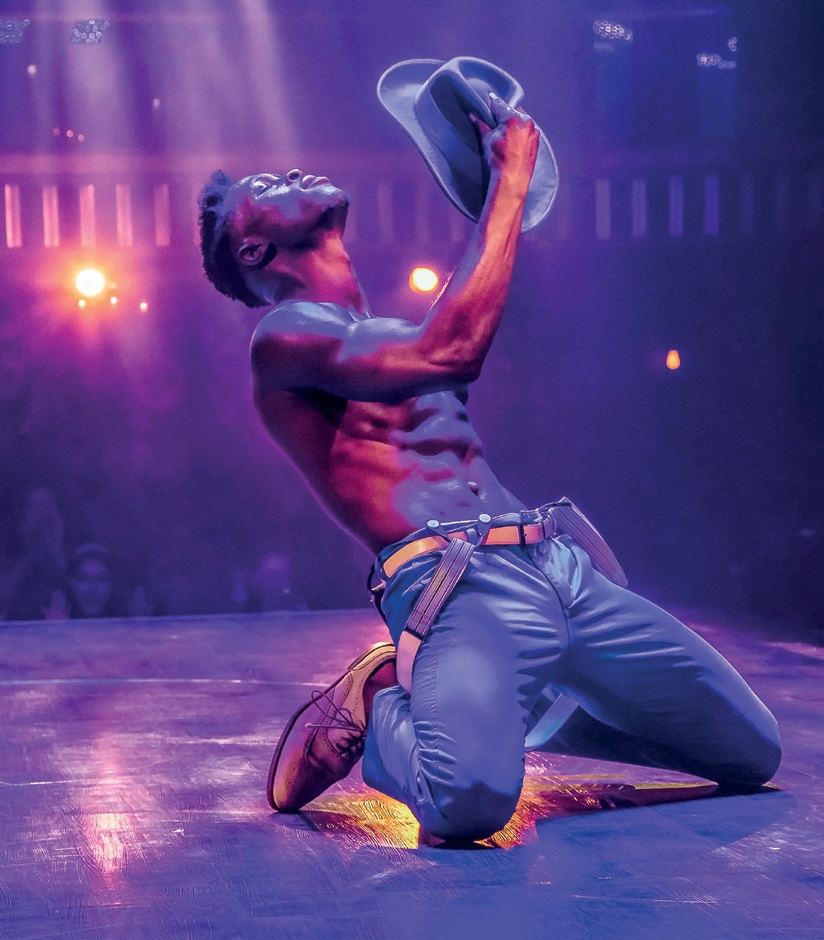 How are you accommodating the show?

There will be a multi-million pound redesign and rebuild of the existing cabaret theatre starting at the end of June. This will give us a 325-seat theatre and entertainment space incorporating sophisticated lighting, sound, video and automation technology that will rival anything else in the capital. Importantly, we will also still be able to use the space for events, launches and corporate hire.

The build will take approximately three months followed by a period of technical testing and show rehearsals and previews.

Why are you doing this?

It’s another terrific example of how The Hippodrome goes from strength to strength.

When one of Hollywood’s A-list actors gets in touch and asks whether he could discuss the possibility of bringing his show to your venue – one that’s been a smash hit in Las Vegas – you take the call. We quickly decided it was fantastic for both parties and expect it to be a great success.

Remember, we’ve got an incredible theatrical heritage here, and Magic Mike Live is a perfect fit for us. Since 1900 The Hippodrome has been delighting, shocking and reinventing the way London and its visitors are entertained. This is simply a new stage in its evolution.

It’s also an opportunity to add the word ‘best’ to what we offer in the theatre; we’ve already got the best steak house (currently holding three ‘best steak house in London’ trophies), two best casino awards (Global Gaming and British Casino 2018) and what I consider the best staff in the West End. 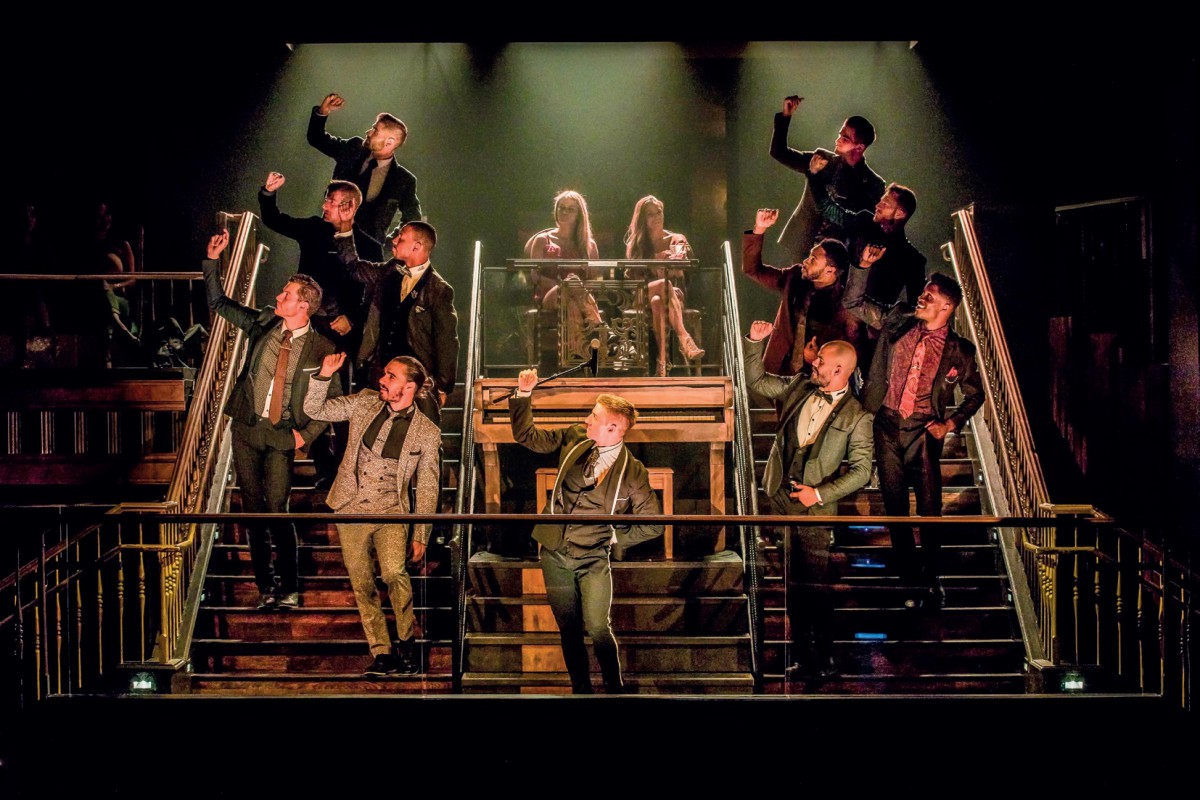 Will there be T-Shirts and Memorabilia to purchase at the show?

We recently opened a dedicated Hippodrome Store where you can already buy Hippodrome and PokerStars memorabilia and gifts. We will be adding a full complement of Channing Tatum and Magic Mike Live goodies. We suspect they will be very popular!

Aren’t you in danger of becoming “The Magic Mike Casino”?

The beauty of The Hippodrome is that it is huge and has a wide range of offerings. To some it is the best casino in London, to others the best steak house, the best poker place, the best bars or whatever they like about it. Some, quite possibly, will think of it as the Magic Mike Live place. And that all works for us, as the range of activities, and the people enjoying them, come together to create an extraordinary experience; The Hippodrome experience. It’s where the magic happens - but in all areas.

Putting it simply, Magic Mike Live is a new diamond in an existing crown and will sit wonderfully well alongside our world class gaming, multi-award winning restaurant, six bars, smoking terrace, poker and many other attractions available 24 hours. 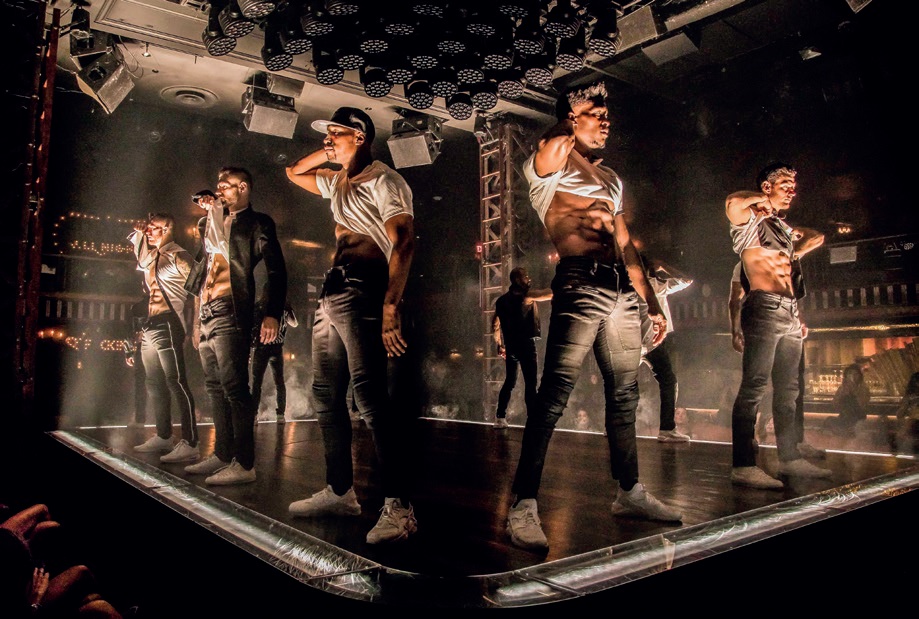 Magic Mike Live itself is very much geared towards women. Is this really your target audience?

Our target market is ‘people having fun’. With Magic Mike I’ll have a theatre largely packed with women, though having seen the show myself, I expect men to go as well as it is awesome with great effects. And, once the show’s over….I’ll have three gaming floors, six bars and a restaurant packed with men and women. As Channing himself would probably say “do the math”.

The beauty of The Hippodrome is the sheer breadth of opportunities to entertain our visitors. I don’t think anyone will deny that The Hippodrome broke the mould for how a UK casino can attract new audiences. This is something else in that vein. Also, we’ve always been recognised as a safe environment for women, which is important. And plenty of women enjoy casinos already.

How much is this all costing?

How long will the show run?

As long as we pack them in. Which, if the success of the show in Las Vegas and the incredible pre-sale figures are anything to go on, will be for quite a long time.

Let us adjust to the new levels of testosterone in the theatre first. Then I’ll let you know, but watch out for news of a rooftop investment coming next year