Jim Simms and Seth Schorr are striving to create the casino of the future at the Downtown Grand. By David McKee 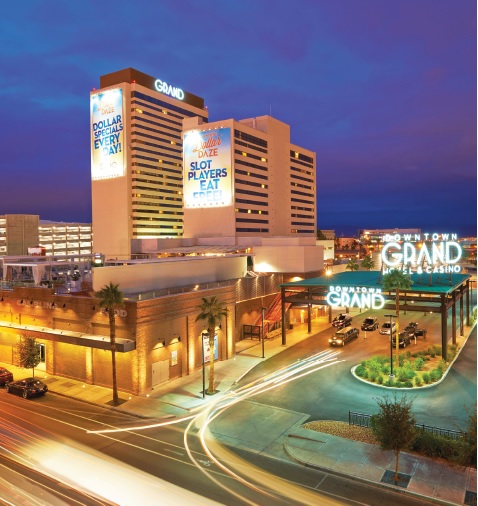 “Gamblers wanted” is the new mantra of Fifth Street Gaming’s Downtown Grand casino, in Las Vegas—and no wonder. On a recent midweek night, the casino floor was thinly populated and the high-limit room empty. The lively exception to the prevailing quiet was a crowded craps table. The Downtown Grand has been a victim of geography. Executives will tell you that its biggest handicap is being a block off the Fremont Street Experience, the main artery of downtown Vegas. That one, long block might as well as be a mile as far as foot traffic is concerned.

Not even being next door to the Mob Museum has spared the Downtown Grand from some early struggles. Gone is the short-lived baccarat pit, along with Red Mansion restaurant, Spread Deli, street dice, the Ninth Island shaved-ice bar and the Mob Bar. It was even rumoured that the Grand would be put up for sale.

Yet what was really happening was that Fifth Street was rethinking and reloading, preparing a raft of initiatives that CEO Jim Simms and Chairman of the Board Seth Schorr unveiled on the cusp of Global Gaming Expo. They’re not a quick fix but are definitely a forward-thinking, long-term strategy that indicates that owner CIM Group and Fifth Street are in Downtown to stay.

“We really believe we have something special here,” says Simms. Referring to the casino’s post-industrial look, with exposed brickwork and the old “eye in the sky” catwalks revealed for all to see, he added, “It looks unique and it is not designed to be a run-of-the-mill competitor. We want to be perceived as right up there with Golden Nugget in terms of downtown offerings.” Then, addressing the obvious problem, he said, “Even though we’re just a couple of minutes away from Fremont, if we can get people to come here to see what we have, they’re going to be excited.”

How is this excitement to be created? Simms and Schorr outline a three-pronged approach whose basic components can be boiled down to prominently displayed Shufflemaster electronic table games (blackjack, craps and roulette), skill-based games and value-oriented slot play. To the latter end, the Downtown Grand is reinventing its loyalty program into a three-tiered system. The White Tier is your basic, entry-level player card. If 2,500 points are accrued within six months, players advance to the Silver Tier. And if you’re really serious about your slot play, racking up 25,000 points in six months, then access to the Black Tier is yours.

While those may seem like ambitious goals for players, they are accompanied by a value-oriented approach whereby only 250 points are required to win a dollar of free play, down from 333. “By taking it to 250 points to get $1 of free play, we are now two to three times as rich as our nearest competitors on Fremont Street,” expands Simms, who also sees it as a trade-off to obtain more time on device from his slot players. “Depending on your card status, you get two times points, three times points or five times points on weekends.” Grand execs aim to be quick to get the newest slots on the floor and pride themselves on being the first Las Vegas casino to deploy Big Bang Theory slots.

But Simms has an even bigger trick up his sleeve. “Probably the biggest promotion we’re going to launch is our signature $250,000 Grand Slot Tournament. This is the richest tournament that is happening downtown and certainly the richest in our history. Essentially, we are going to start giving our customers four ways to qualify to win $250,000 cash and free play. If you play at the Downtown Grand and you earn 250 points, you qualify. If you enter the Slot Point Challenge and have the most points during the day, you’ll qualify. If you hit a jackpot of $1,200 or more you’ll also qualify.

“You’re going to get invited to come back here with discounted hotel rates based on your play and you’ll have a chance to play in two sessions per month. If you get the top 50, you automatically go to the finals but the beauty of this tournament is that if you don’t, you qualify for another session down the road,” Simms continues. “We’re going to have our grand finals in 2016—10 finals prizes along with session prizes and the grand winner’s going to take home a quarter-million dollars cash. We think it’s going to be a compelling reason for our customers not only to play here but to add new visitation to our property.” 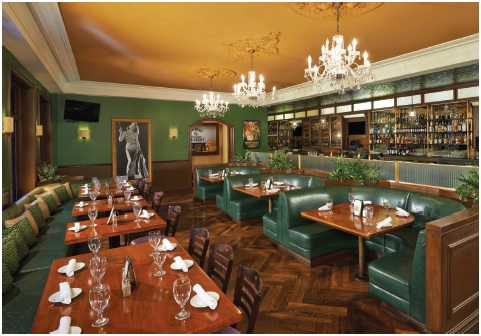 “You’re just playing with a machine. You don’t have to worry about the people beside you, looking at you, wondering if you made the right decision with your cards.”

Schorr adds that the traditional table games pit has been relocated, to make those the closest games to the porte cochere and the casino cage. “Nobody likes to be in an empty restaurant,” he explains. “You want to be around the people. We’re able to create a more exciting environment in a smaller space. That’s also convenient to the table games customer—close to the cage.” The idea was also to get the craps tables out from a confined space to the middle of the floor, where the players’ excitement could spill over into the rest of the casino. As Simms puts it, “You go to a party at somebody’s house and there’s six people there, it’s kind of flat. If there’s 60, it’s more energetic.” 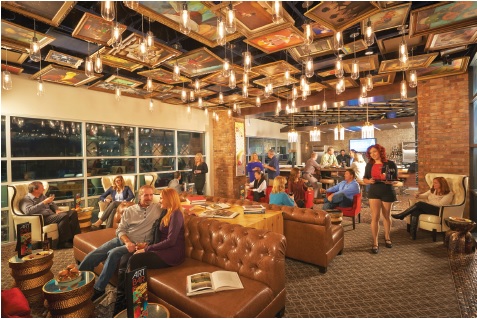 Capturing the next generation

But the bread-and-butter slots and tables player isn’t enough. Not as Schorr sees it. His goal is to capture the ‘millennial’ audience, coming of age in the casino industry. “Over the past 10 years, the best way to tap into the millennial audience has been the nightclub business. But the nightclub business is changing,” Schorr says. “It isn’t as it once was. We want to see the millennial on the casino floor…and we like to introduce gaming to the next generation.”

That means reinventing the casino-product offering and, to that end, Fifth Street has been in active discussions with leading-edge providers of skill-based slots. But Simms and Schorr aren’t just banking on youth-friendly but static slots—something for which millennials have shown little appetite. (“It’s not so easy to move a [slot] machine every single day,” Schorr observes.) Their new business model is heavily predicated on mobile, tablet-based gaming. This is definitely not traditional casino thinking and—given the amount of trial and error, testing and licensing between the show floor and the casino floor—Simms and Schorr are taking a bold leap into unknown territory.

But for them, it’s go big or go home, and that includes expanding the mobile-gaming area to the infinity-pool deck on the roof (an amenity that Fifth Street execs feel is underappreciated at present). “In order for something like [skill-based slots] to be successful, it has to be part of a holistic strategy. To stick six tablets in a giant casino, in a corner, and cross your fingers that people are going to play it—and I’m not speaking of the Venetian or anyone in particular,” says Schorr, with just the slightest hint of a dig at the competition, “but I don’t think that strategy is going to be effective.” 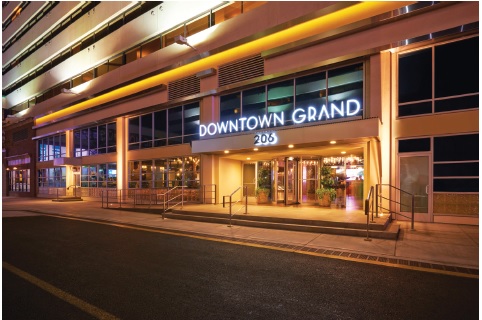 They’re also experimenting with something that is not a traditional casino offering at all but “the icing on the cake”: electronic-sport competitions. These elevate video-game playing to a spectator sport, with both tournament contestants and an audience. Bally’s Las Vegas recently hosted a one-off event but Fifth Street is talking about making it a regular event. Of the growing (and lucrative) phenomenon, Schorr says, “There was one in Seattle where the prize total was $18 million. That’s more than the PGA. The top prize was $6 million. Staples Center [and] Madison Square Garden have sold out for these competitions.”

With the caveat that the Downtown Grand is “in the early stages” of presenting electronic-sport tournaments, Schorr describes it as a complementary offering to his casino’s repertory: “It’s not to replace anything. It’s not a dramatic shift. This is instead incorporating different ways of wagering and talking to a wider audience.” Simms and Schorr have already designed an e-sports pit that will fit into the existing Downtown Grand aesthetic, and their bottom-line goal is to create the casino of the future. Hence all the reinvention. “You have to start from scratch if you’re going to take advantage of what the future looks like,” says Schorr, adding that older, more traditional casinos make the transition incrementally, not in as dramatic a fashion as the Downtown Grand.

As Simms puts it, “The point is, we’re very proud of what we have here. We think we have an outstanding facility here, a great team and we’re making some changes to take it to the next level.