Stanley Ho Hung Sun was born on 25th of November 1921 in Hong Kong. His father left when he was a young man, leaving him to struggle to take care of his mother and siblings. He worked hard and was awarded a scholarship to Hong Kong University. He moved to Macau in 1942 during the Japanese occupation and quickly made a solid reputation for himself as a very clever, tough, street smart businessman. His warm and charismatic personality made him a popular favourite among Macau’s Portuguese and local community leaders.

Dr. Stanley Ho and his partners Teddy Yip, Yip Hon and Henry Fok founded STDM in 1962. STDM was granted Macau’s casino monopoly, which it held for 40 years. During this time Dr. Ho played a fundamental role in the development of Macau and made himself a multi-billionaire along the way. 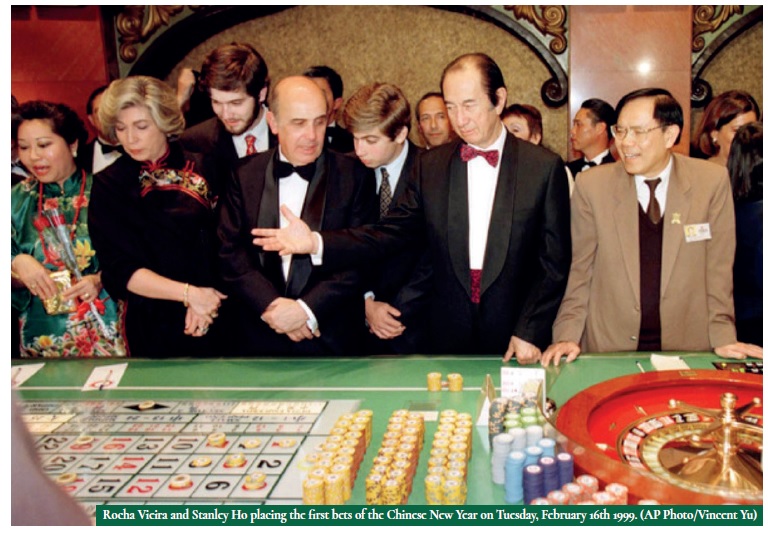 Dr. Ho’s extraordinary philanthropy was renowned. Dr. Ho often bid anonymously in international auctions on items looted from Mainland China, and returned them as gifts to the country. One such item was a Qing Dynasty Sculpture, the Bronze Horse head statue, one of the 12 original signs of the Chinese zodiac statues, that were part of an elaborate water clock fountain, originally taken from the Old Summer Palace in Beijing, for which he paid US$8.84 million and donated to the motherland. “With this move, I hope to encourage more people to take part in preserving Chinese artefacts and to promote patriotism and nationalism,” Ho said at the time. China was so appreciative of Dr. Ho’s nationalism and patriotism that they asked him to hold onto it, for safekeeping, as a trusted friend of China. Dr. Ho had years earlier bought the Boar Head sculpture and donated it to Beijing’s Poly Museum. The bronze horse head statue is displayed next to a bronze bust of Dr.Ho and among many other recovered treasures, in the lobby of the Grand Lisboa in Macau.

Dr. Ho’s unparalleled understanding of the top level international and national political landscapes, his philanthropy, and corporate social responsibility has led to countless titles, awards and recognition from around the world. Dr. Ho was a Standing member of the National Committee of the Chinese People’s Political Consultative Conference, was awarded an O.B.E. for his services to the community of Hong Kong, the Great Cross of the Order of Prince Henrique from Portugal, the Gold Bauhinia Star and Grand Bauhinia Medal from Hong Kong, received an Honorary Doctorate from the University of Macau and has streets named after him in Macau and Portugal. In addition, Dr. Ho generously served the community as a member of the board of numerous Universities, Associations and Foundations. 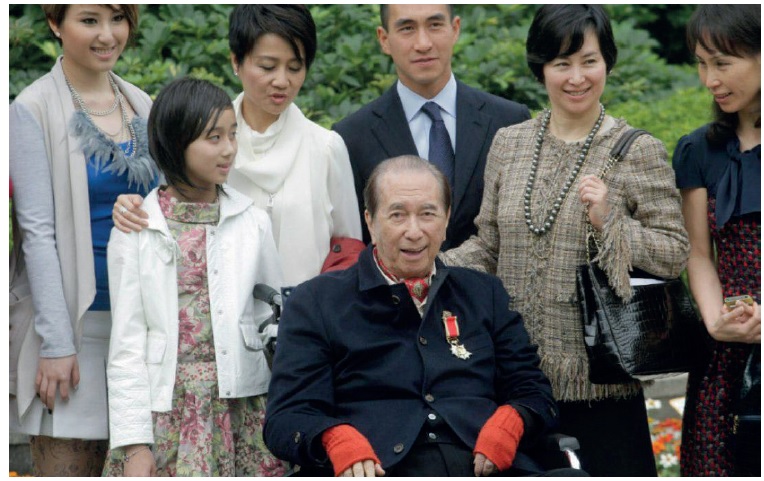 Following Portugal’s return of Macau to China in 1999, the local government decided to liberalise the gaming monopoly held by STDM for decades, in 2002, to open up the industry to foreign investment and to stimulate the economy. However, after liberalisation, and the process that unfolded, 3 concessions and 3 sub-concessions were awarded, and Stanley Ho (STDM’s Gaming Subsidiary SJM), Pansy Ho (MGM) and Laurence Ho (Melco) masterfully managed to gain a firm hold on the reins at 3 of the 6 gaming concessions awarded in Macau (the other 3 being Galaxy, Sands and Wynn). Dr. Ho no longer held all the cards, but, effectively his family controlled half of the gaming licenses in the post-liberalised - New Macau.

I was a Senior Director at Sands Casino, the first foreign operator to open in Macau in May 2004. On opening day, I witnessed a stampede of over 40,000 visitors, bursting through the doors, causing the elevators to roll backwards and dropping so much cash on the table games, that it took us 3 days to complete the count and calculate the total first days takings. The success of the Sands Casino was unprecedented. Dr. Ho and his entourage accepted our invitation to the opening. He created a media frenzy, upon arrival, as virtually all of the hundreds of media, ran to interview him, much to the dismay of the Sands Executives, who stood abandoned and alone. The Emperor had arrived. At the time Dr. Ho congratulated the new arrivals and wished them good luck. However, he felt confident that he understood the market and his customers extremely well and that the new arrivals would form little threat to his SJM Empire.

However, after the opening of Sands Casino, Dr. Ho witnessed the “Sands Effect,” and as new market players entered and opened for business, SJM’s monopoly market share began to dwindle, significantly. Dr. Ho decided to reinvent, restructure, reinvigorate and redevelop substantial parts of his SJM empire. I had the honour of becoming a key member of SJM’s newly formed Joint Ventures and New Business Division under Dr. Stanley Ho’s leadership from 2006 to 2012. Our brief was to develop, open and optimise operations at the Grand Lisboa, Ponte 16, Oceanus, L’Arc and Grand Lisboa Palace, as well as focus on the company-wide implementation of international best practices, innovations and process improvements. The SJM empire strikes back… 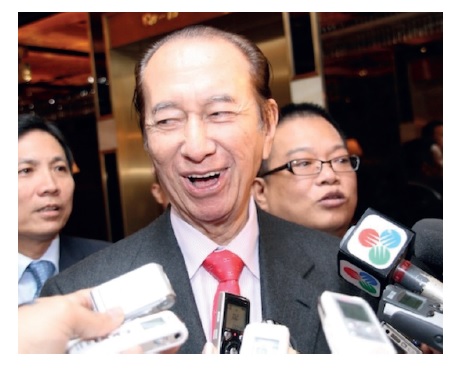 Although highly competitive, proud and pioneering, Dr. Ho was also quite a sentimental romantic character. A number of years ago a major redevelopment plan was envisaged for the Lisboa Casino, which was originally opened in August 1970. The plan involved an international architectural design competition and called for the total demolition of the original building. The proposed integrated resort redevelopment of the Lisboa and the district was state of the art, ambitious and would have transformed downtown Macau. The ultimate “go,” “no go” decision rested with Dr. Ho. When the senior executive team presented the ultimate redevelopment proposal, Dr. Ho thanked them for their efforts, showed his appreciation for all their hard work, but, told them that Lisboa was where it all began, it was still his baby, close to his heart, and that he could not bear to see it knocked down while he was alive.

Over the past decade, Dr. Ho began to step back from day to day issues, due to a fall in which he sustained a serious head injury, yet, his presence was still clearly felt, with his firm grip on the organisation, and with his strong and decisive leadership touching every part of the organisation.

Dr. Ho had the remarkable ability to keep all key stakeholders within his vast business empire in-sync, moving forward and growing steadily. And his unwavering and genuine paternal care for his immediate and extended family, team members and the communities of people he touched, was heartwarming to witness.

Dr. Stanley Ho’s personal life was as colourful and complex. He had four wives, Clementine Leitao, Lucinda Azul Jean Ying, Ina Chan and Angela Leong, with whom he fathered a total of 17 children. Over the past few years, Dr. Ho has carefully crafted a number of complex agreements to ensure that all of the members of his immediate and extended family are well taken care of, and that his empire would be in safe and competent hands, after he passes away.

The passing of Dr. Stanley Ho is a tremendous loss to his wonderful family and to the world. Dr. Stanley Ho touched so many peoples lives because he was a legendary leader, a pioneer, who treated everyone with respect and dignity, but, was also tough, and took strong decisive action when necessary. Dr. Stanley Ho will be sadly missed, but his legacy will live on through his life-long contributions, his family, and the memories of so many people whose lives he helped to shape.