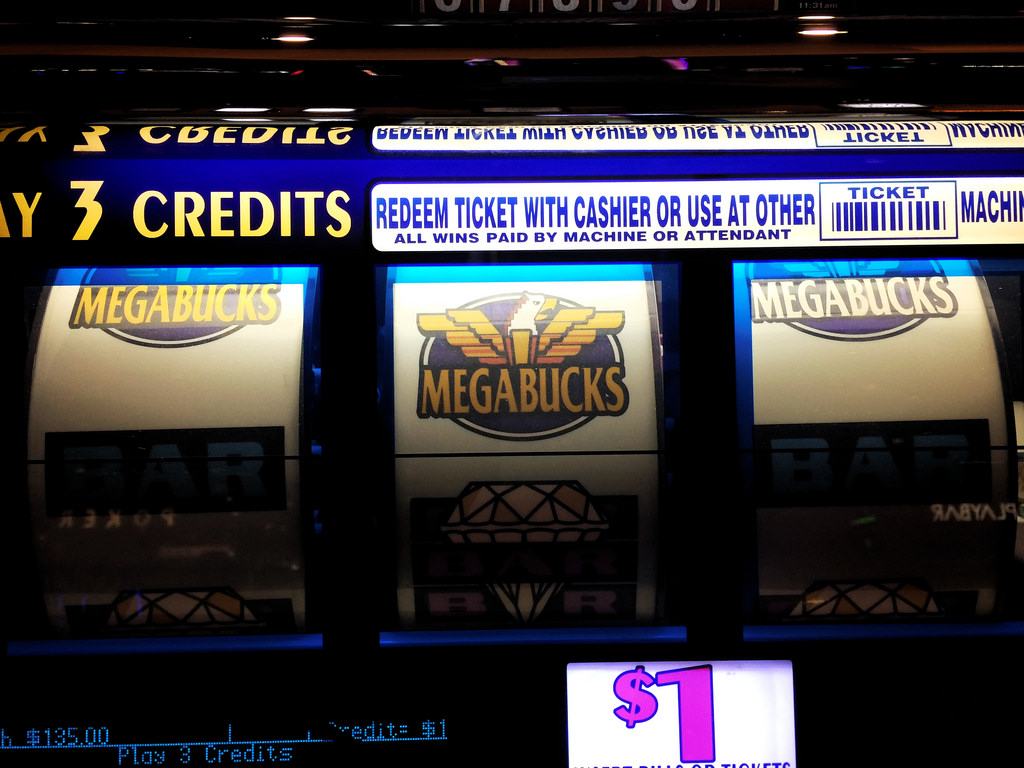 Slot machines are easy to play and can be low stakes too, yet some of the biggest casino wins in history have come from the slots. The introduction of progressive jackpots has meant that the amount of money a player can win in a single spin has increased exponentially. As a result, players of both online and land-based casinos have won slots jackpots that run into the multimillions.

Progressive jackpots increase every time the slot game is played, and no one wins. A fraction of the money from each spin is put into a pot that is set aside as a jackpot. When won, the jackpot resets to a set amount, and gradually increases again. Multiple machines can be pooled together to make bigger and faster-growing jackpots, so when no wins the prize for a while, the total can grow to an insane amount.

In recent times, online casinos have rivaled the scale of prizes offered in Vegas casinos, with progressive jackpots operating across multiple online slots. The Guinness World Record for the biggest online slot win is £13.2 million, won by British Jon Heywood in 2015 on the Mega Moolah slot.

Elsewhere, an anonymous Australian player scooped a massive $10.4 million (AUS) on the Dark Knight slot, a game which has now been discontinued due to licensing issues.

Recently, PokerStars Casino has introduced several progressive jackpot slots, which have minimum jackpots of over $1 million. They have made 12 millionaires on slots since January 2017, giving away over $23.6 million in progressive jackpots. The latest was Anchor72, who won over $3 million playing Millionaires Island.

Although the online slots offer multimillion-dollar jackpots, the biggest slots wins ever recorded have come from the Megabucks machines in Las Vegas. These slots are state-operated, and there are over 700 in operation around Nevada, all linking to form a progressive jackpot that stands at a $10 million minimum at present. The most recent jackpot win reported was $11.8 million.

The Megabucks jackpot reached over $20 million for the first time in 1998 when a retired flight attendant wagered more then they wanted to in Palace Station. Their $300 resulted in a $27.5 million jackpot. A year later, the Megabucks at Caesars Palace paid out $21 million from a single $10 spin!

One rather touching Megabucks story is that of Elmer Sherwin, who had his first taste of life-changing winnings in 1989 when he won $4.6 million playing Megabucks. Then, in 2005 and aged 92, Elmer won again; this time a massive $21.1 million. Ever the charitable man, Elmer gave away much of the money to his family and to good causes before passing away a couple of years later.

The biggest ever-recorded slot win went to an LA software engineer, who wagered $100 on Megabucks at Excalibur in 2003. He won $39.7 million, the largest in Vegas history to this day. The money was paid out in 25 annual installments of $1.5 million.

Katrina Bookman from New York was playing slots at the Resort World Casino and was shown a winning ticket of $42.9 million. It would have been the biggest win in casino history, except it was a malfunction. The machine was only supposed to pay out a $6,500 maximum. Instead, Katrina was offered a steak dinner. Better have been a good steak!