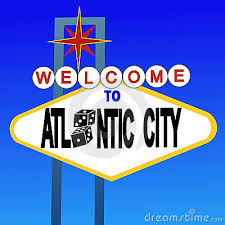 By WAYNE PARRY
THE ASSOCIATED PRESS

And it’s a good thing, too, because without that extra online money, Atlantic City’s 11 casinos would have endured a much worse January than they did.Between land-based casino winnings and money coming in from Internet gambling, the casinos took in $195.7 million. That was down 4.6 percent from a year ago.

But without the $9.5 million that casinos won through their Internet operations, Atlantic City’s casinos would have seen overall revenue fall by 9.2 percent for the month.

January was the second full month that Internet gambling was conducted in New Jersey, after beginning in late November. The casinos won $7.4 million over the Internet in December. January’s $9.5 million represented a 28 percent increase.The city’s overall revenue figures also were hurt by the Jan. 13 shutdown of the Atlantic Club.

Figures released Wednesday by the state Division of Gaming Enforcement show the online gambling market is now a much closer race for dominance between the Borgata and its partypoker brand, and Caesars Interactive, with its wsop.com and 888 brands. In January, the Borgata won nearly $3.9 million online, while Caesars won just over $3 million.

Keith Smith, president of Boyd Gaming, which owns half the Borgata, said online gambling had again brought new customers to the Borgata rather than cannibalizing existing business — a big concern in the Atlantic City casino industry.

“These results also once again demonstrate online gaming’s potential to expand our business,” he said. “About 85 percent of our online players have not had rated play at Borgata in at least two years, showing there is little overlap with our land-based business. Online gaming is growing our database, creating a long-term opportunity to market Borgata to an entirely new group of customers.”