Kind hearted staff members from Genting Casino Fountain Park in Edinburgh have raised more than £3,800 as part of Sleep in the Park, a national fundraising event that has been created to tackle homelessness in Scotland.

Over the past five years Jason Scott one of Genting Casino Fountain Park staff has worked to help homeless people in Edinburgh on Christmas Eve. Pauline Macnamara joined her staff one year to distribute food parcels and small gifts to those sleeping on the streets. After hearing stories from the people she has met, Pauline and the rest of the team felt inspired to take up more work to address homelessness in the community and decided to sign the casino team up to the Sleep in the Park event. 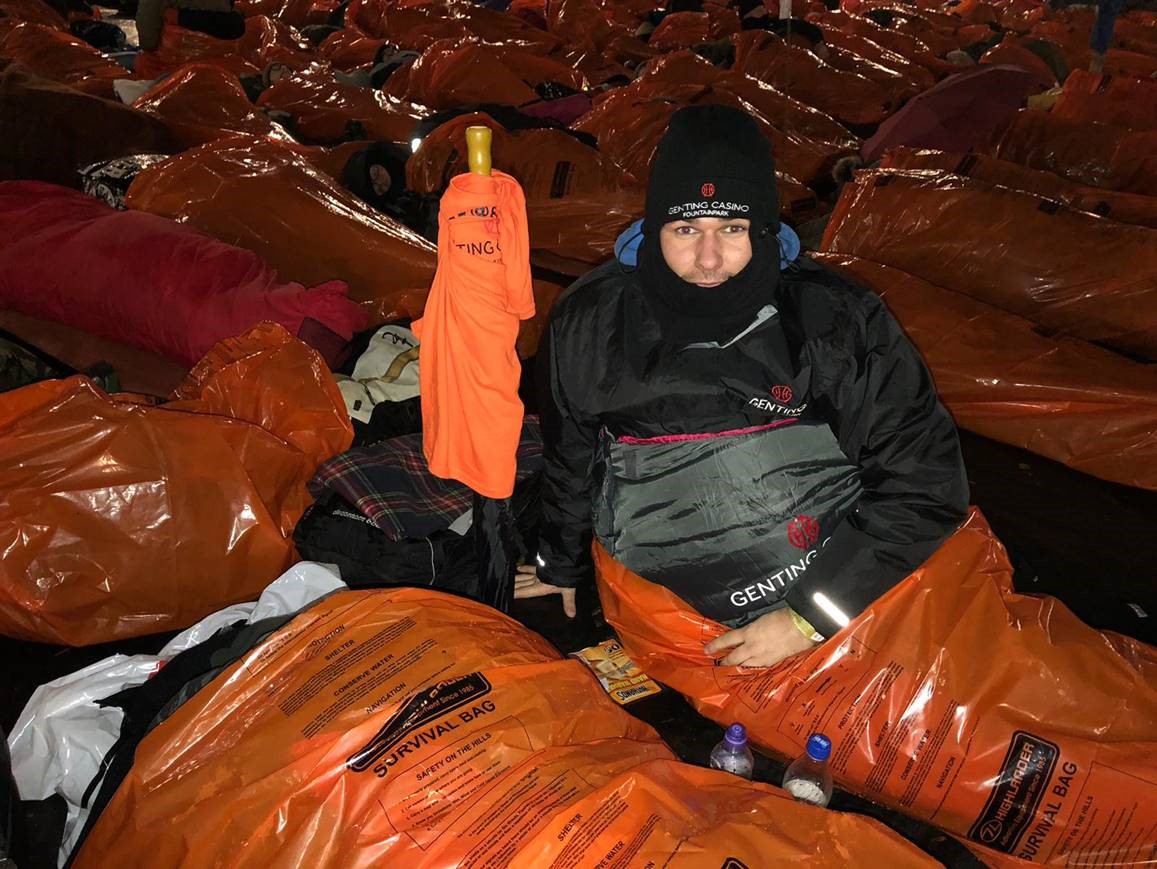 Pauline Macnamara, General Manager at Genting Casino Fountain Park, said: “Some members of the casino have been helping the homelessness community in Edinburgh for a number of years now. This year we decided to go one step further and brave the cold to raise money to do our bit to help end homelessness in Scotland.”

The event was created by Social Bite, a Scottish social enterprise set up by Josh Littlejohn MBE and Alice Thomson, that aims to end homelessness in Scotland. The sleep outs take place across four cities in the country; Aberdeen, Dundee, Edinburgh.

All the money raised for the event goes towards creating temporary housing to end rough sleeping, a nationwide homelessness jobs program, an initiative to prevent homelessness for prison and care leavers, as well as help with outreach and engagement with the homelessness community.

Pauline Macnamara, continued: “It was a tough challenge but I managed to do it and I’d like to thank all the staff members that did it alongside me to raise money for a fantastic cause. Sleep in the Park is a brilliant event that is supporting homelessness across the country and it’s amazing that staff at the casino have raised such a large sum to help assist those unfortunate enough to be homeless.”

As well as taking part in Sleep in the Park, Genting Casino Fountain Park team members also completed a 12-hour charity cycle ride at the casino during Responsible Gambling Week to raise funds for Social Bite which helped to bring the total money raised to £3819.67.