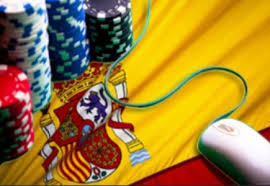 (Spain).- People in Spain are spending less on gambling now than they have done in previous years, according to a report from the Charles III University of Madrid (UC3M). The amount spent on gambling as part of leisure expenditures dropped from 9.4% to 7.7% year-on-year, while households suffering economic problems all-but eliminated gambling spend.

However, the study, carried out by UC3M’s Institute for Politics and Governance, also found that 1.47 million individuals between the ages of 18 and 75 had used online gambling websites over the past three months – a significantly higher number than previously reported by the government’s gambling regulatory body.

The report was able to draw a sociological profile of those using online gambling services, describing them mainly as people under the age of 45, male and upper or upper-middle class.

The study added that the average online punter spends 37.1 euros (us$ 48.36) per month on gambling on the internet, with more than half of them taking part in sports betting and poker in its various versions.