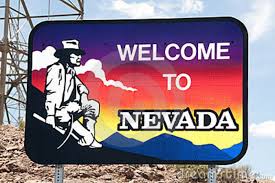 Vegas Inc Reports - Gamblers will soon be able to use prepaid access cards to play slot machines in Nevada, a technological advancement that has some critics concerned that easier access to cash in a casino would broaden problem gambling.

The Nevada Gaming Commission on Thursday approved amendments to two regulations that would allow the use of prepaid access instruments in conjunction with approved wagering accounts.

The amendments take effect immediately, and technical standards will be published soon to guide companies. The amended regulations enable state Gaming Control Board Chairman A.G. Burnett to administratively approve the use of equipment.

New Jersey already allows the use of prepaid access cards. The company that petitioned the Gaming Control Board for regulatory changes, Las Vegas-based Sightline Interactive, has contracts with three companies there.

The changes approved by regulators would give slot players some of the same access to funds enjoyed by race and sports book gamblers and online poker players.

Here’s how it would work: A player who wants to use an access card in a slot machine would first have to register at a casino with identification that verifies a player’s address and date of birth. Registration would also tie a player to a casino’s loyalty card. Players could then load the cards at their banks by transferring funds from a checking or savings account.

Harry Hagerty, president and chief financial officer of Sightline, said his company’s agreement with banks puts limitations on the amount of money that a player could load to an access card — a maximum of $2,000 a day, $4,500 a week and $10,000 a month, and the most a player could put on a card at any time is $25,000.

Regulators also said a player wouldn’t be able to use the card for at least 15 minutes after transferring the funds.

Hagerty said prepaid cards would be a benefit to casinos and players. Casinos, he said, spend an estimated $35 million a year for employees who count money and perform cash accounting. Players, he said, would be safer because those with cards would not be carrying big wads of cash after hitting a jackpot, making them vulnerable to robbers.

“Winning a jackpot can be a dual-edged sword because it can bring additional attention to you from thieves,” Hagerty said.

Players also have complained that fees associated with accessing cash in automatic teller machines are on the rise and that some ATMs charge 4 percent to 8 percent of a withdrawal amount as a fee. Hagerty said focus groups say high ATM fees has become the No. 1 complaint of casino patrons.

Hagerty stressed that only prepaid access cards would work in slot machines, not debit or credit cards.

Carol O’Hare, executive director of the Nevada Council on Problem Gambling, said she was concerned about the easy accessibility of funds when the Control Board conducted a workshop meeting about the regulation in January.

O’Hare could not attend Thursday’s meeting but wrote a letter to the commission voicing concern about a change in terminology in the proposed regulation that would require establishment of a “cashless wagering system” instead of a “wagering account.” Commissioners were told the new terminology would expand the types of systems that would be required to comply with the rules.

Former Gaming Control Board Chairman Dennis Neilander, the attorney representing Sightline and also an adviser to the Nevada Council on Problem Gambling, said the company has agreed to place a message about problem gambling that would be visible to a player transferring funds from a bank account to an access card as recommended in January by O’Hare.