Las Vegas – December 10, 2019 – Scientific Games Corporation (NASDAQ:SGMS) (“Scientific Games” or the “Company”) through its subsidiary Bally Gaming Inc., announced the upcoming addition of JAMES BOND – LIVE AND LET DIE to its growing series of slot machines based on the iconic spy character, James Bond, in the EMEA region. 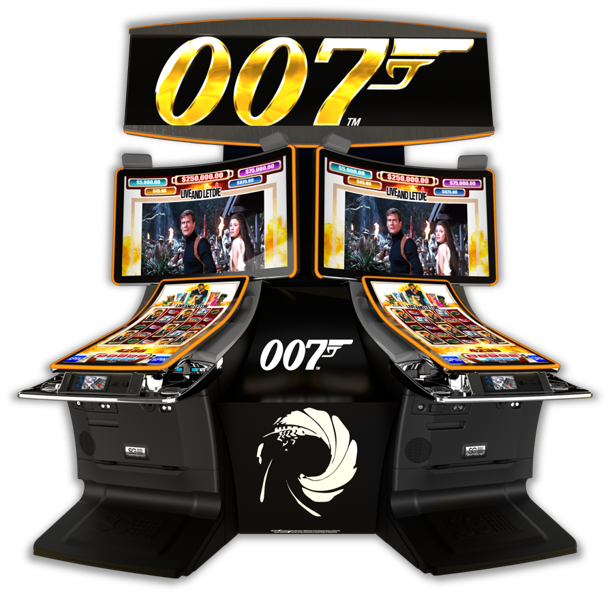 Based on the 1973 motion picture starring Roger Moore as the fictional MI6 agent, JAMES BOND – LIVE AND LET DIE is showcased on the new, immersive Gamefield 2.0® cabinet which boasts a 43” J-curve UHD main monitor paired with a 55” curved UHD top box. It features action-packed film clips, and the beautiful tarot-card reader, Solitaire, who reads fortunes in the Tarot Bonus, awarding a jackpot pick feature. This game includes a spellbinding Voodoo Free Spins Bonus, and a Chip Feature where landing more chips offers more ways to win.

JAMES BOND – LIVE AND LET DIE is the newest title available in the EMEA region. Other 007 slots already available include:

“We recently debuted our highly-anticipated JAMES BOND slot games at some of the most prestigious casinos throughout Europe and are thrilled that the games are performing extremely well. The James Bond brand is synonymous with intrigue and class and these games are the perfect addition to these popular casino destinations,” said Marco Herrera, Senior Vice President and General Manager, EMEA, for Scientific Games. “As the Company releases new titles like JAMES BOND – LIVE AND LET DIE, we look forward to partnering with our valued casino partners in offering these exciting new games to their players throughout the region.”