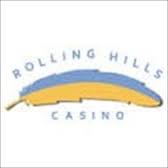 The Paskenta tribe has always been strong and well-managed, with business successes that have made the tribe’s Rolling Hills Casino a model for casino development.  However, a sudden attempt to overthrow the Paskenta government five weeks ago is still being untangled, with state and federal authorities watching the unrest with the hope that the tribe will resolve issues internally.   The attempted governmental overthrow was initiated by non-Indian casino management and a lawyer whose name has been synonymous with the similar unrest that has plagued the Picayune Rancheria of Chukchansi Indians and other tribes in California.

Meanwhile, the duly elected Tribal Council continues to meet and work toward reunification, calling for mediation and dialogue.  However the splinter group, being guided by the non-Indian management, has refused to talk, pulling out of mediation and dismissing efforts for unity.

Utilizing press releases to make unfounded allegations of embezzlement, fraud and other crimes, accusations have included falsely stating that the District Attorney’s office and the Tehama Sheriff’s Department are investigating the Henthorn/Pata/Lohse family, a large, high-profile family within the tribe.  The press releases are inaccurate and all claims related to misdeeds are false.  There is no investigation of the family being conducted by any law enforcement or prosecutorial office.  Authorities have refused to validate these false allegations, noting they could not identify a victim, much less any crime.

At the Paskenta Annual General Council Meeting on April 12, Chairman Andrew Freeman, departed from the agenda and announced that Tribal members from the Henthorn/Pata/Lohse family were not direct descendants of Paskenta ancestors and attempted to disenroll them from the tribe.  As he did this, guards swarmed the meeting room.

Fearing for the safety of the tribal members in attendance, the Tribal Council adjourned the meeting and left the room, encouraging other tribal members to do the same.  That meeting and the actions that followed have been the flashpoint for Paskenta’s leadership dispute.

After the meeting adjourned, Chairman Freeman, who had been provided inaccurate financial information by a casino manager, attempted to banish Tribal members from the Rancheria and appoint a new Tribal Council.  However, his actions were outside the process laid out in the Paskenta Constitution.

Non-Indian casino management and their outside legal counsel also hired and deputized armed guards to stand watch at all Tribal businesses, including the Rolling Hills Casino, golf course and the Tribal health clinics.  The armed presence has precluded the Tribal Council from maintaining control of the tribe’s assets; including the casino, in violation of IGRA.

Three days after the meeting, on April 15, the Bureau of Indian Affairs (BIA) confirmed in a letter that the only recognized and duly elected members of the Tribal Council were Chairman Andrew Freeman, Vice Chairman David Swearinger, Treasurer Leslie Lohse, Secretary Geraldine Freeman and Member-at-Large Allen Swearinger.

The National Indian Gaming Commission (NIGC) sent a similar letter on April 21, which also affirmed the Tribal Council.  Douglas Hatfield, Director of Compliance for the NIGC, expressed in the letter federal concern that the Rolling Hills Casino “is not being conducted by the Band—that is, by the governmental authority recognized by the Secretary of the Interior—or by an entity licensed by the tribal government pursuant to NIGC regulations.”

On May 2, a Superior Court Judge denied an effort to obtain a temporary restraining order against Leslie Lohse and other family members.  The complaint sought to ban the Henthorn/Pata/Lohse family from the Rancheria and all tribal properties, utilizing unsubstantiated claims of potential violence and embezzlement as the basis.

“This was a legal maneuver, pure and simple.  They wanted the court to validate the unlawful actions taken against some of our tribal members, trying to exclude some of our families from all aspects of tribal activities,” said Paskenta Vice Chairman Swearinger.  “The allegations were ridiculous, and ultimately the judge shut it down.”

On May 9, the Paskenta Chairman post was vacated after Andrew Freeman missed three consecutive regular meetings of the federally recognized and duly elected Tribal Council, per the Tribal Constitution.  To protect the Paskenta assets, the Tribal Council filed a lawsuit in Tribal Court to keep the former chairman, various non-Indian casino managers, unauthorized armed guards and others from transacting business within the Tribe or interfering with Tribal governance matters.  That same day, Tribal Council began temporary, remote shutdowns of the casino’s machine games to comply with the NIGC's letter.

By May 16, the Tribal Gaming Commission suspended the casino’s facility license and the Tribal Council issued a closure notice for the casino, citing various violations of federal and tribal law, and attempting to address the NIGC’s concerns from the April 21 letter.

“Our mission from the get-go was to continue operations as peacefully as possible,” Vice Chairman Swearinger said. “Unfortunately, our former chairman has responded with more guards and more guns. What we are seeking is a dialogue and to secure the safety of the safety of the employees, patrons and tribal members working at the casino.  The infrastructure that we’re putting in place makes certain our government has the ability to not only enact, but enforce, Tribal laws.”

Currently, the casino has armed guards visibly stationed outside and inside the facility.  The Tribal Council, new Tribal Police Chief, and former FBI agent-investigators hired by the Council to investigate “all allegations of illegal behavior in connection with the Rolling Hills Casino” have been excluded from the casino.

“Frankly, this is simply more evidence that this leadership dispute needs to be put to rest, with the duly elected Tribal Council allowed to take our rightful position on the tribal grounds so that we can move tribal business forward,” said Vice Chairman Swearinger.

Today, the Tribal Council, as it was defined on April 11 prior to the dispute, is the only entity that has undergone a legal vote of the tribe, and is validated by the NIGC and BIA.

“The rest is really just misinformation,” said Clay Parker, Paskenta’s Police Chief.  “This NIGC and BIA validation is a very important distinction, because as we’re working to ensure this tribe remains one, we also need to ensure the tribe is able to maintain its casino, which is what provides Paskenta’s funding and resources.  If Paskenta loses its casino because it is being run illegally and the tribe is out of compliance with federal regulations, that’s a problem.  So, there needs to be a starting point and I believe this is it.  From here, we can begin to unpack what we need to do to provide resolution to the internal questions of leadership.”

As for the disenrollment issue, the Henthorn/Pata/Lohse family traces its lineage through Ida Louella Henthorn Pata, who was the daughter of Myrtle and Ben Henthorn.  This was certified by Ben himself in 1929, and witnessed through sworn affidavit by lifelong friends William Freeman Sr., John Jordon, and Nancy Jordon.

Ida Louella was raised in the town of Paskenta and is remembered as a grade school friend of John Bedford, recognized historian of the Paskenta area.  Census records verify that Ben Henthorn was married to Myrtle at the time of Ida Louella’s birth on December 24, 1918.  Also census records verify Ben Henthorn’s Paskenta Nomlaki heritage through his mother, Susie Beam.  In 1995, these aspects of the Henthorn/Pata/Lohse heritage were documented and certified by BIA Acting Superintendent Kayla M. Danks, consistent with the requirements of membership within the Tribal Constitution.

In addition, the Paskenta Tribal Membership Act established by then Chairman Everett Freeman and Carlino Swearinger, makes it clear that tribal members on the roles as of June 2002 are Tribal Members. The Membership Act does not change the criteria for eligibility; it just closes the rolls to set the base roll which all future members will descend from.

“Despite the unfounded assaults on our character and slanderous allegations by non-Tribal members, the Tribal Council – as recognized by federal authorities – is still intact,” said Treasurer Leslie Lohse. “We meet regularly to ensure the business entities and the people of Paskenta are secure and safe.  However, the challenge is trying to overcome the damage that has been done by these allegations, made by these employees who are not even members of the Paskenta tribe.  These accusations were strategic.  They are false, but they’ve put us in a position where we have work to do to bring unity back to our tribe.”