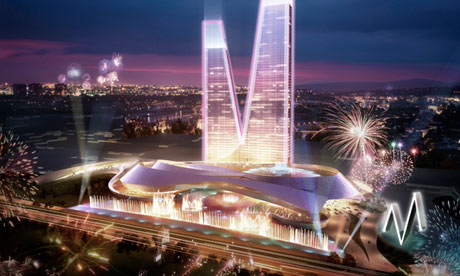 The resort, to be built in the commuter town of Alcorcon some 15 kilometres south of Madrid, will be built on a 750-hectare site and will include up to six casinos, 12 hotels and shops.

“Las Vegas Sands Corp. confirms that it has produced a non-binding viability study to the regional government of Madrid, which lays out a preliminary vision for the development of a strip of resorts,” the company said in a press release.

Initial investment in the resort, the first phase of which is due to be completed by 2017, will be some 6 billion euros ($7.9 billion) and could create as many as 250,000 jobs, a welcome boost for a country where more than one in four are out of work.