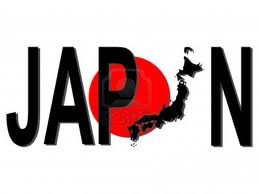 Bloomberg A draft of a bill legalizing casinos was approved by a panel of lawmakers from Japan’s rulingLiberal Democratic Party today, in a step toward allowing gambling resorts to be built in Japan.

“We are now able to move forward,” said Ryosei Akazawa, head of the party’s transport panel, who said he had now been placed in charge of shepherding the legislation through the approval process. The next step will be to take the bill to the party’s policy panel for official backing.

A cross-party group of lawmakers headed by LDP deputy Secretary General Hiroyuki Hosoda has said it’s preparing to submit the casino legalization bill to parliament in the current session, which ends Dec. 6. It is unclear whether junior coalition partner New Komeito will agree to support the bill. Generally legislation submitted under Abe’s administration has been backed by both parties.

“We just listened to the arguments today,” Komeito lawmaker Kiyohiko Toyama said after a meeting on the bill. “We haven’t decided anything as a party.”

New Komeito leader Natsuo Yamaguchi said in a Nov. 18 interview that he was doubtful his party would reach consensus on the legislation before the end of the parliamentary session. While similar efforts to legalize casinos have petered out in the past, Tokyo’s successful bid for the 2020 Olympics has spurred anticipation that the law will be passed.

Betting on horse, boat and bicycle racing is allowed, while casinos are currently banned. International gaming companies have been mulling billions of dollars in investment in “integrated resorts” offering accommodation and other forms of entertainment alongside casinos if the bill is passed.