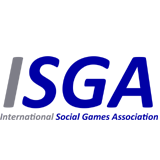 The International Social Games Association (ISGA) has developed this set of Best Practice Principles, which are designed and intended to provide guidance to the social games industry.  Importantly, these Principles reflect existing practices currently in place, which are premised upon consumer protection, accountability and transparency.

These Principles sit alongside ongoing multi-stakeholder dialogues around the world, which collectively aim to shape a consistent and complementary framework for the social games industry.  As new research and understanding of social games and their impact emerges, it is expected for these principles to evolve.

The ISGA has been established by a group of leading social games companies to explain to the public, policy makers and regulators what the industry does, how it works and the value it generates both for the people who love to play social games and for the digital economy.

Our members’ games are played by hundreds of millions of consumers across the globe through platforms such as Facebook, on smart-phones, tablets, laptop computers and desktop computers.

Today, the global social games industry is a thriving segment of the entertainment industry and digital economy.  On a daily basis, hundreds of millions of players around the world enjoy social games, which can be a relaxing and amusing form of entertainment.  It is estimated that over 750 million people play social games worldwide.

The rising popularity of social games is attributed in part to technological innovation and changes in the way people access, play and pay for games. In recent decades, people played games on more traditional mediums such as desktop computers and game consoles - and many still do.

However, with more people using mobile devices and the growth of online social platforms, millions of people have changed the way in which they access and play games. People have always enjoyed playing games together and technology is allowing them to do so quickly, easily and in a fun and safe way.People like to try games before they buy, and people want shorter, “bite-sized” experiences on mobile devices while they’re on the move.

Despite changes in technology, people still play games for the same reasons as before - to have fun on their own and with their friends. From a player’s perspective, they receive superior value from free to play social games.

For the vast majority of players, social games are just that, free.  For the small minority of players that do decide to voluntarily pay at some point in their game experience, the overall cost of playing a social game with optional in-game purchases is far lower than a computer or console game.

The ISGA have drafted these Principles to address the key issues related to social games, including the following: