After successful installation of Interblock products for the grand opening of the Solaire Resort & Casino in Manila, Interblock have carried out an upgrade from two 8-unit G4 Organic Roulettes in popular black / red design and added another 30 play stations and two G4 Organic Roulette™ generators to this popular location in Manila.

“Interblock Organic Island with 30 stations and 2 automatic roulette generators has been chosen by Bloomberry Solaire Casino Manila, Philippines for its further expansion in ETG sector upon the popularity of Interblock brand since it opened in 2012. The slot management of the property has been satisfied with Interblock's performance with further plan to add baccarat game into the Organic Island set up. Interblock is the market leader in the ETG markets in Philippines and working hard for further market share with its latest G5 HD series ahead.” 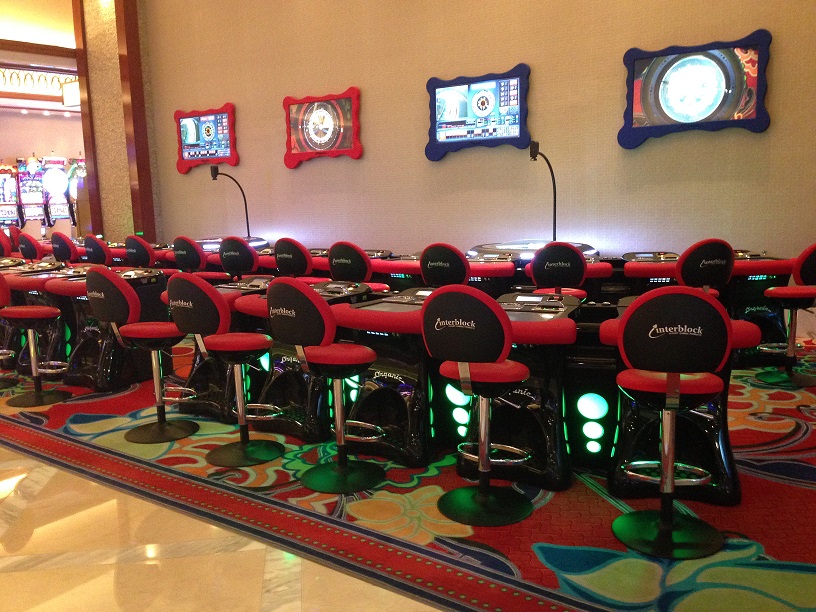 Solaire Resort & Casino is the first integrated resort in the Entertainment City in Manila. Their vision is to be the ultimate gaming resort in the Philippines. With stunning views of Manila Bay in most of its facilities, the complex has 500 elegantly- appointed rooms, suites, and bayside villas, resort-style pool & bars, entertainment lounges, state-of the-art ballroom and meeting spaces and a fully-equipped spa and fitness center.