The conference was opened by Morten Ronde, Chief Executive, Danish Online Gaming Association, who made a review on the gaming regulations in Europe and outlined the prospects and their developments. He remarked that 2012 was disappointing in this respect, despite some of the positive signals. 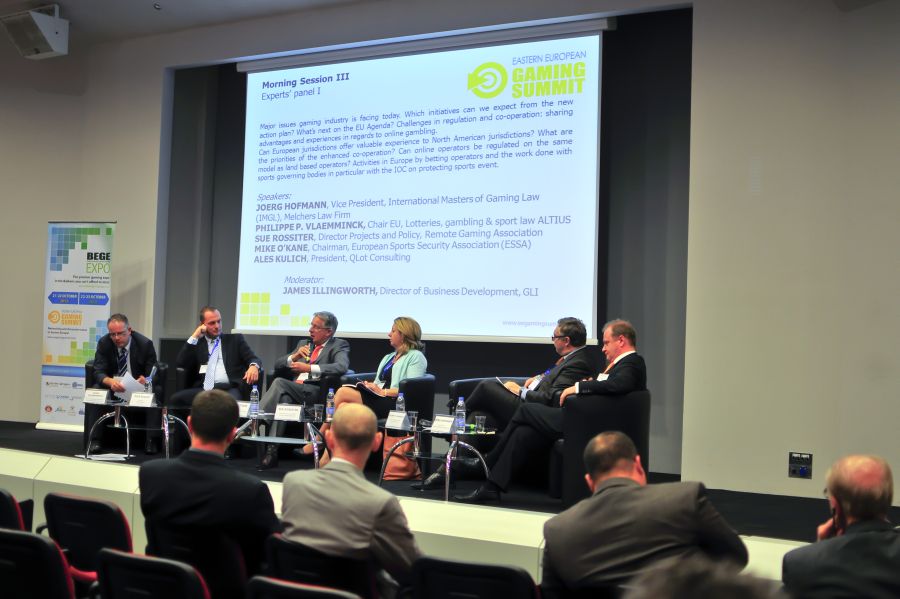 Angel Iribozov, the Chairman of the Board of the Bulgarian Gaming Association stated that in 2012 the gaming industry in Bulgaria brought to the state budget over 120 million BGN incomes. Meanwhile the sector shrank with nearly 45 % as a result of the increased taxes and requirements. This led to the closing or reduction of operations of many gaming halls. Mr. Iribozov also noted that the higher taxes did not lead to the desired increase of revenues, as expected.

This year’s topic for the Eastern Europe was extended with the aspects of the online gaming, and the speakers confidently expressed their opinion, that Bulgaria has potential to become a leader of the online gaming in the region as it has comprehensive gaming traditions.