(LAS VEGAS, Nevada) – GTECH, with its gaming product brand, SPIELO, is bringing gaming to life at the Global Gaming Expo (G2E) in Las Vegas from September 24 – 26, 2013. Booth 1265 will feature the newest progressive link for Latin America, Volcano Island™, as well as licensed games new to Latin America: Bejeweled®, Zuma®, and Plants vs. Zombies™.

Customers will enjoy an explosion of entertainment when they try the new linked progressive Volcano Island. This scorching four-level progressive has added bonus symbols to help players complete lines and trigger the jackpot, giving them a chance to win up to four levels in one game. Volcano Island is available with three base game titles, either as single games or as a multigame: SPHINX Wild™, Gypsy Moon™, and Moving Moments™. 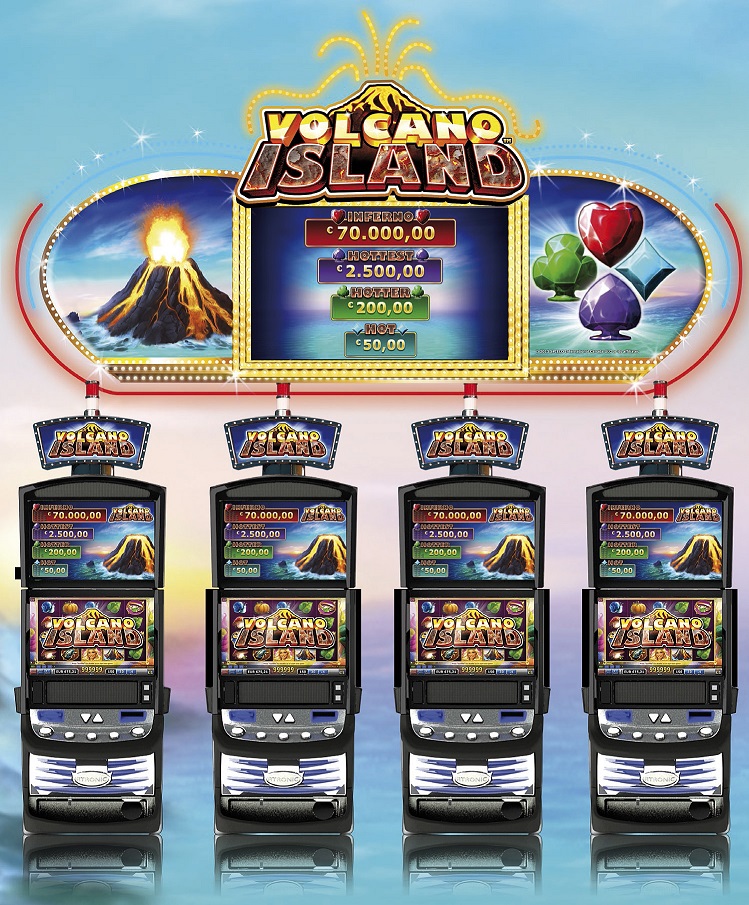 On Wednesday, September 25, GTECH will host a special customer promotion. After the success of the SPIELOHOTFRIDAY.COM campaign in May, SPIELOPLUS.COM will be launched exclusively for Mexican and Caribbean customers. For 24 hours only, clients will enjoy special pricing via this dedicated website. Customers are invited to visit Booth 1265 between 10 a.m. and 5 p.m. on September 25 to learn more.

Based on PopCap’s hugely popular ball-blasting game, Zuma features the familiar Zuma frog shooting at an innovative moving ball track. The ball track increments progressives and triggers one of five unique Power Frogs, which places wilds on the base game.

With a copy of Bejeweled, PopCap’s flagship title, purchased somewhere in the world every 4.7 seconds, players will instantly recognize this global bestseller in its slot game form. GTECH has adapted the original game mechanics to the slot adaptation, with a cascading matrix, buyable game boosts, and seven linked non-hierarchical progressives. All four slots are available on the MaXVusion™ cabinet, designed with a new 32’’ high-definition top screen.

Additionally, ancient cities, mythical creatures, and golden symbols are only some of the themes in the dozen-plus core games presented on the popular prodiGi Vu™ cabinet at G2E. New games include Mermaid of the Nile™, Wild Unicorn™, Secrets of Babylon™, and Mystical Garden™.

On June 3, 2013, SPIELO International’s parent company, Lottomatica Group, changed its name to GTECH S.p.A. As part of this change, the company’s formerly separate business units, including SPIELO International, are being brought together under the GTECH corporate brand name to become a unified, customer-facing structure. With this realignment, the company is taking the final steps to effectively deliver comprehensive gaming solutions that meet their customers’ evolving requirements. G2E 2013 marks the first time SPIELO will appear as a product brand under the new GTECH corporate brand.

These games are only a sample of GTECH’s full complement of cabinets, games, systems, and software, including products for both land-based and iGaming operations. Visit Booth 1265 at G2E 2013 to see much more, and find out how GTECH is bringing gaming to life.

GTECH S.p.A. is a leading commercial operator and provider of technology in the regulated worldwide gaming markets, delivering best-in-class products and services, with a commitment to the highest levels of integrity, responsibility, and shareholder value creation. The Company is listed on the Milan Stock Exchange under the trading symbol “GTK” and is majority owned by De Agostini S.p.A. In 2012, GTECH had €3.1 billion in revenues and 8,600 employees in approximately 60 countries. For more information, please visit www.gtech.com.

Bejeweled, Plants vs. Zombies and Zuma are trademarks of Electronic Arts Inc.