Gibraltar welcomes the completion of its first ILS transaction 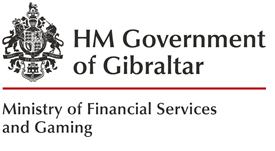 Gibraltar's first insurance linked securities (ILS) transaction was completed on Monday 13 April 2015. Some 12 months ago the Government of Gibraltar announced its ambitions to establish itself as a new ILS jurisdiction within the European Union, and just last month George Osborne announced similar intentions for the United Kingdom.

Gibraltar has in the last 12 months initiated the idea of this new business, set up a working group of international specialists in this field, and finalized its regulatory landscape to introduce this business to the jurisdiction.

Lottoland, a Gibraltar licensed, specialist provider of betting services on international lotteries, has successfully placed an ILS for the amount of 100 million euros. The ILS has been placed within the European Union by means of an issuance vehicle, Euroguard Insurance Company PCC Limited, based in Gibraltar. Euroguard was established in 1996 and is part of MMI Holdings Limited, the multi-national financial services group listed on the Johannesburg stock exchange.

Albert Isola MP, Minister for Financial Services for the Government of Gibraltar stated: "I am delighted that Gibraltar has completed its first ILS transaction in record time just over a year after setting out our plans for insurance linked securities in Gibraltar. Mike Ashton and the team at Gibraltar Finance have worked extremely hard to make this happen and I am pleased that our efforts in this new area of business are paying off.

“It is particularly gratifying that this transaction involves businesses from both of Gibraltar's vibrant and growing insurance and gaming sectors. These are important sectors in our community providing valuable employment and other opportunities for our economy.

“Our ILS journey has been swift and has been helped enormously by the formation of the ILS Working Group with Mr. Andre Perez last year in which a number of the largest ILS players participated.

“Finally, I would like to thank both Lottoland and inea GmbH for choosing to structure the transaction here and for their confidence in Gibraltar as the place to break new ground for the ILS sector within the European Union.”