EiG and youwin.com serve an Ace with Becker opening

LONDON (September 2nd) – Six-time Grand Slam champion, Olympic gold medallist and Youwin Brand Ambassador, Boris Becker is set to open this year's European iGaming (EiG) Congress & Expo, taking place across the 8th, 9th, and 10th of October in Barcelona, Spain. The sporting legend, who is now an accomplished broadcaster and businessman will open the 12th annual edition of the expo, which features 100+ thought leaders and 80+ exhibiting companies alongside a compelling and content rich programme of events including 11 specialist Workshops and Networking Groups, EiG Tutorials, Breakfast With... sessions, the CEO Debate, as well as the EiG Power Talks which feature some of the outstanding business leaders in iGaming. 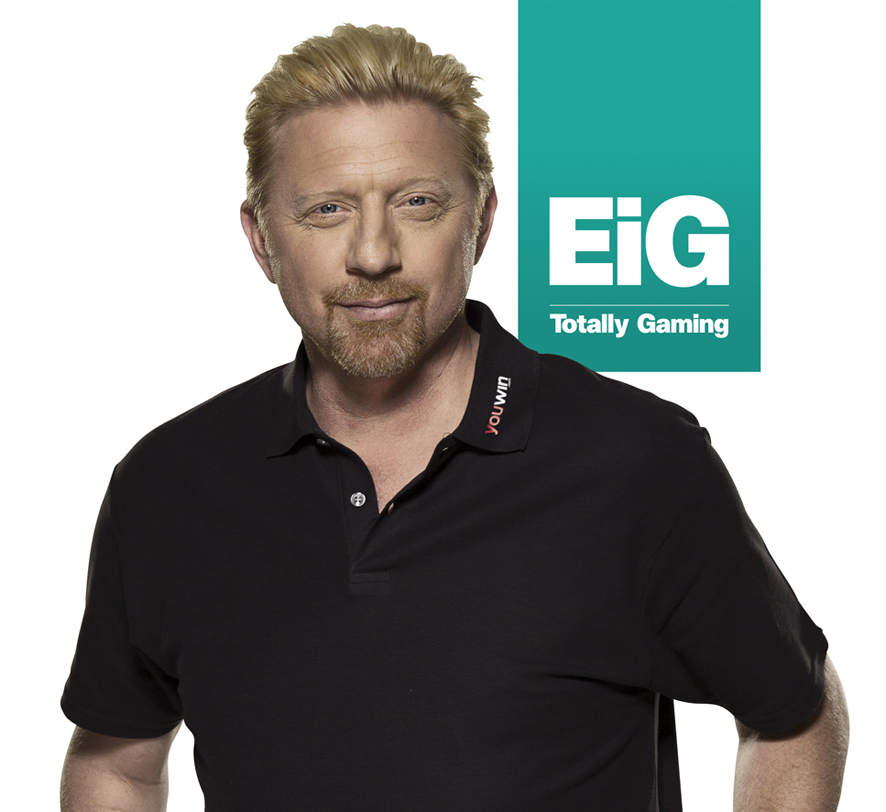 Confirming the news, Kate Chambers, Portfolio Director responsible for EiG said: "For over a decade EiG has been a source of inspiration for European iGaming businesses and we are absolutely delighted to be able to welcome such an inspirational sportsman to open EiG 2013 with its dynamic new format, powerful content and additional new features. EiG is also about leaders and the new role Boris enjoys as youwin.com's brand ambassador is a testament to his continuing high profile and his success both as a respected media personality and as an entrepreneur.”

John Faley, Marketing Director at youwin.com, added: "Boris Becker is synonymous with ambition, drive, success and champion status, and I cannot think of a better way for youwin.com to contribute to EIG 2013 than giving our brand ambassador the opportunity to officially open the show with a bang. At youwin.com we are very excited about EiG, and will be in Barcelona to showcase our trusted product portfolio and to network with likeminded colleagues from across the gaming community.”

The official programme for EiG 2013 can be downloaded at eigexpo.com