Mr. Perelman said, "We are fortunate to have someone of David's caliber step in and lead the Company at this important time. Having served on the Board for the last four years as Vice Chairman and as a member of the Executive and Finance Committee, and as an executive of  from 2010 to 2012, David understands the business extremely well and is ideally qualified to work with the management team to further improve results, oversee the integration of , and work with the Board to facilitate an ongoing succession process. The Board is confident that he and the Company's outstanding management team will accelerate business performance and continue to build a strong, profitable company." 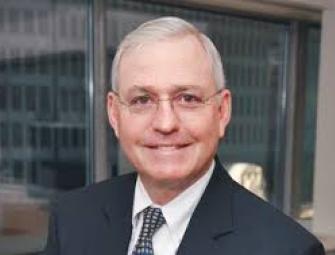 "I am honored that the Board has selected me to lead  and I am excited about the opportunity to work with the talented executive team in place to continue to grow the business," said Mr. Kennedy.  " is well positioned to offer customers a complete suite of products and services, expand opportunities for our employees and drive enhanced value for our stockholders."

Mr. Kennedy, 66, has served as Vice Chairman of the Board and a member of its Executive and Finance Committee since . Mr. Kennedy served as an executive of  from  until , including as Chief Administrative Officer from  until March 2012.  Mr. Kennedy most recently served as President of  and as President and Chief Executive Officer of  from  through May 2009.  Mr. Kennedy's business career, spanning four decades, also includes several senior management and senior financial positions with The , including Managing Director of , a publicly held .