Cubeia to Accept Bitcoin on its B2B Poker Network 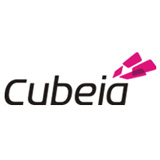 22 January 2014 (Stockholm, Sweden) – Cubeia, a software development company, is to support Bitcoin for its B2B poker network to complement the firm’s expansion into new markets. Cubeia will unveil adoption of the crypto-currency at ICE 2014, to be held at ExCel London (stand N13 131) from the 4th to the 6th of February.

Bitcoin has been embraced as a payment mechanism by a variety of industries, but the iGaming sector is where decentralised, peer-to-peer digital currency is especially convenient. With Bitcoin being independent of banks and payment providers, players are able to cash-out their winnings immediately and with no transactions costs.

Fredrik Johansson, CEO of Cubeia, said supporting Bitcoin as a deposit and withdrawal method was a logical next step. "Cubeia has followed the evolution of Bitcoin closely the last couple of years and we're convinced it is here to stay. We're very happy to be able to offer the B2B market an opportunity join this exciting frontier."

Bitcoin support will be added to the enterprise version of Cubeia Poker and will be supported in the Cubeia Network and Cubeia Firebase. Cubeia Poker is a turnkey, HTML5 poker client that is able to run on any PC, tablet or smartphone, as well as all operating systems and all major browsers.

Cubeia Ltd is a software company based in Stockholm, Sweden. Cubeia provides scalable, high availability systems and services based on its long experience in the gambling and Internet application industry.

Firebase, Cubeia’s main product, is a server platform for developing and running multiplayer online games. It scales from small installations to extremely large. It is built to stand up to hard traffic and can be used for almost any type of game.

Firebase is a game server designed to run on anything from a single laptop to large enterprise clusters. A single instance can manage several thousand players and even a small cluster installation can handle massive amounts of traffic. It is dual-licensed, one version for the development community under an open source license, and one version with enterprise features under a proprietary license.