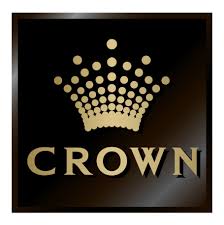 Crown Resorts Limited (Crown) is proud to announce that Crown Melbourne has been awarded –
Casino/Integrated Resort of the Year for 2014, at the prestigious International Gaming Awards (IGA)
in London.

The IGA is considered the ‘Oscars’ of the gaming industry and celebrates the outstanding
performance of industry worldwide.
“Crown Melbourne is thrilled to have received this prestigious international award”, said Crown Chief
Executive Officer, Mr Rowen Craigie.
“The quality of Crown Melbourne’s ten-year, AUD$1.7 billion capital works program has reinforced its
position as a leading integrated resort, while providing considerable benefits to the Australian and
Victorian tourism industries”, Mr Craigie added.
In presenting this award, the IGA judges commented, "An outstanding organization and great
achievement for Crown Resorts. The winner has established an innovative approach to catering for
local and international guests; it's clear that Crown is passionate about what they do and their vision
in this field goes beyond any other."
In addition Melco Crown Entertainment Limited (MCE), in which Crown holds a 33.6% interest and
Aspers Group, in which Crown holds a 50% interest, won significant awards. The City of Dreams
resort in Macau, which is owned and operated by MCE was awarded Casino VIP Room of the Year
and Aspers Casinos in the UK won Casino Operator of the Year Europe.
Crown’s Australian and International resorts have consistently been acknowledged as among the best
and have now been taken to another level as recognized by these highly acclaimed international
awards.
Crown Melbourne
Crown Melbourne is Australia’s leading integrated resort. The award-winning dynamic and diverse
complex includes luxury accommodation in its three hotels, world-class dining, a variety of retail
options, the Palladium ballroom, outstanding conference facilities and vibrant gaming and
entertainment options, making it one of Australia’s most visited tourist attractions.

Aspers Group
Crown holds a 50% equity interest in the Aspers Group, which currently operates four regional casinos in the United Kingdom, in Newcastle, Stratford, Milton Keynes and Northampton (the latter in
a joint venture with Kerzner Limited).