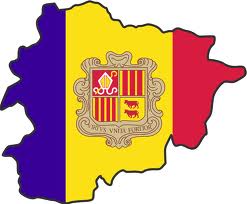 (ANDORRA, EUROPE).- Andorra, a small country that sits in the Pyrenees between France and Spain, plans to legalize offline and online gaming. A draft bill was recently presented to the government that lays the foundations to develop a gaming industry and establish a regulatory framework. Gambling has been strictly forbidden in the Catalan-speaking nation since the nineteenth century.

Tax remains a sensitive subject regarding gambling however, the government has declared its intention to bring taxation in line with international standards.
The new draft bill would open the door for both land-based and online casinos that would be available to both Andorran and foreign firms.
The general principle on which the new regime is going to be based will be that only regulated games will be available for operation.
Operators would be specified into five categories with individual licenses for each. The first four categories are arranged for casino, bingo, lotteries and betting, and online gambling, whilst the latter category consists of a selection of other forms of gambling such as contests and charity raffles.

A newly established “Andorra Gambling Regulator” would be responsible for issuing licenses, sign agreements with gambling regulators in neighboring countries, define policies and oversee all gambling activity. There is also a key focus on security and public order to provide safeguards for consumer protection and to prevent organized crime and money laundering.

“This is about the opening of a new calm and prudent activity, which can lead to the growth and emergence of a sector potentially attractive to future visitors,” noted Antoni Riberaygua, Minister of the Presidency, who also explained that the Andorra Gaming Office is working to establish agreements with neighboring countries, saying that, “Complying with regulations without the cooperation of these neighboring states was inconceivable.”

Regarding land-based gaming, the most remarkable feature will likely be the opening of a casino. This is going to be the only place in Andorra where, apart from table games such as roulette, blackjack and baccarat, slot machines will be available.

For online gaming, authorities are keen to approve a licensing system that would permit both local and global operations. No major detail has been provided yet, but it seems that the Andorran authorities are trying to set up a regulatory regime that may attract operators aiming at operating global international platforms.

In addition, a specific system of authorizations would be implemented in order to allow the distribution of Spanish lottery tickets. Lottery distribution is already widespread in Andorra and therefore, this system would just be regulating the existing activity.