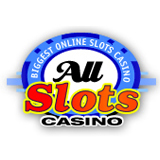 15 November 2013 (Ta Xbiex, Malta) – All Slots Casino has been congratulating lucky players from the UK on a daily basis, following the launch of its new Bring Vegas Home promotion.

Since the beginning of November, All Slots has invited players to bring Vegas home with £33 free, and the promotion has brought about a number of lucky winners on its mobile and flash casino.

R.J. is the biggest winner from the UK since the start of the campaign, winning £13,925 on the Agent Jane Blonde mobile slot. The game is one of more than 35 great slots and table games at All Slots’ mobile casino, which holds the number 1 spot for casino games in the UK App Store.

As well as being available on Flash, Thunderstruck II is the latest game to come to All Slots’ mobile casino, and players can continue sessions seamlessly across mobile, tablet and desktop.

The Bring Vegas Home promotion sees new UK players given a £33 free-play bonus with no deposit necessary, whether they sign up on mobile, tablet or desktop.The promotion will run for the duration of All Slots Casino’s first ever UK television advertising campaign, which has aired on channels including Channel 5, ITV2 and Sky1 since early November.

About All Slots Casino
All Slots Casino was established in 2001 and offers players top value entertainment with its wide array of exciting casino games and a generous bonus program. Developed and powered by Microgaming, All Slots Casino is available in both Download and Flash versions, and its Mobile casino is compatible with nearly every device, including the iPhone, iPad, iPod, Android-based devices and BlackBerry. All Slots Casino is accredited by eCOGRA and prides itself on fair play and fast payouts. For further information, visit: www.allslotscasino.com.