How do the once-mighty companies like Nokia and Kodak fall? Can decline be detected early and avoided? Can an elephant ever dance like the internet unicorns? By: Raymond Chan

We shall first look at the fallen cases in its past and see if we may learn from the previous crisis.
Kodak management’s inability to see digital photography as a disruptive technology, even though the digital technology was actually invented by its own researchers. Kodak’s CEO conducted a very extensive research effort in 1981 that looked at the digital technologies and the results of the study produced both “bad” and “good” news. The “bad” news was that digital photography had the potential capability to replace Kodak’s established film-based business. The “good” news was that it would take some time for that to occur and that Kodak had roughly 10 years to prepare for the transition. The problem is that, during its 10-year window of opportunity, Kodak did little to prepare for the later disruption.
Nokia emerged from Finland to lead the mobile-phone revolution in less than a decade. While its journey to the top was swift, its decline was equally so with the sale of its mobile-phone business to Microsoft in 2013. The company had begun to collapse from within well before Apple entered the mobile market. The company was trapped by a reliance on its unwieldy operating system, called Symbian. Management decisions, dis-organizational structures, growing bureaucracy and deep internal rivalries all played a part in preventing Nokia from rescuing itself.
However, I believe that those types of decline can be avoided.
Back in 2011, James Collins from Stanford Graduate School of Business had written a book “How the Mighty Fall: And Why Some Companies Never Give In.” It confronts the question and offers leaders well-founded hope to reverse their course. Collins’ research uncovered five step-wise stages of decline:
Stage 1: Hubris Born of Success
Stage 2: Undisciplined Pursuit of More
Stage 3: Denial of Risk and Peril
Stage 4: Grasping for Salvation
Stage 5: Capitulation to Irrelevance or Death
Collins suggested the leaders should understand these stages of decline and take signals. Some companies do indeed recover in some cases, coming back even stronger even after having crashed into the depths of Stage 4 before the company get entirely knocked out of the game. The path to recovery lies largely on the ability for the leader to get the footstep back onto the company core DNA. The decline is largely self-inflicted and the subsequent leaders were not more risk taking, more visionary or more creative; they were simply more disciplined, more empirical and more paranoid.
Harvard business school professor Dr. Clayton Christensen, who is best known for his “Innovator’s Dilemma” theory also saw a similar solution. Those outstanding companies can do everything right and still lose their market leadership as new, disruptive technologies rise and take over. Leaders who are more disciplined and empirical shall not ignore small but emerging markets with less sophisticated customers who may eventually build the future business from ground up. Innovation by itself turns out to be the ability to scale the innovation itself and to blend creativity with discipline. 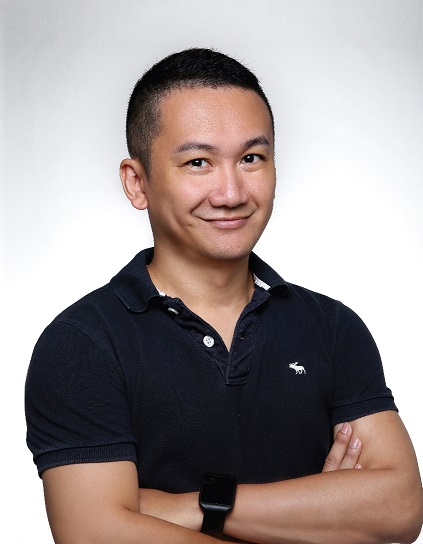 Image: Raymond Chan
Borrowing a word from Steve Jobs who was forced out once by his own company: “People think focus means saying yes to the thing you’ve got to focus on. It means saying no to the hundred other good ideas that there are. You have to pick carefully.” Sometimes, being great actually means refusing to entertain all the distractions that will pop up along the way. That’s exactly what he did when he returned to Apple after 12 years and made his elephant dance again until today.
ABOUT RAYMOND CHAN
Raymond is the management consultant serving an advisory role for the CFO office of WATAMI Co., a Japanese conglomerate in cooperate strategy and global expansion. During the period, the company international business has outperformed competitions in digital sales and led to year-after-year revenue growth with 2 million customers served daily. Previously, Raymond co-founded two technology companies - TGG Interactive and Global Gaming Group in Asia, served as CEO to lead the in-depth customer intelligence business from 2007-2018. Earlier in his career, Raymond was a founding member of the data science team at E*TRADE from Morgan Stanley, and played a key role in the design of the TiVo customer intelligence system for the internet unicorn in Silicon Valley.
Category:
Magazine